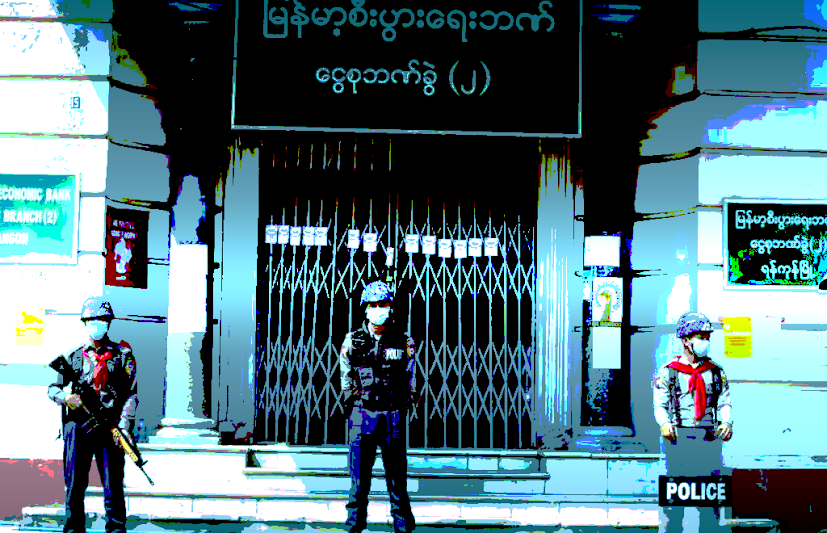 Diary in the darkness (15) by Uncle Tu Mee

Early in the morning around 7:00 my friend called me. FATF announced that Myanmar was blacklisted and then the dollar price skyrocketed. The next news is that all transactions have been stopped. FATF (Financial Action Task Force) is an international money laundering watchdog. This group is composed of more than two hundred countries. It is a group that has the right to judge and implement. This group is organized  to prevent terrorism , crime, corruption,It is also a globally coordinated group. The group is mandated to prevent funding for weapons of mass destruction, as well as money from drug and human traffickers. In addition, it is an organization that can handle the new generation of virtual assets like cryptocurrencies. It also lists countries that do not comply with FATF rules. After taking action against Iran and North Korea for not following the rules, and taking action against the Myanmar government.

The FATF announced that this action was taken because the Myanmar military regime was weak in dealing with money laundering and terrorist financing.

The military government responded that it was done for political purposes.

As in a row, pictures of people rushing to shop at a shopping center are surfacing on social media. The woman next to my house who came back from the market was telling the people on the street that people are busy shopping at the local market.

Those who were interested in the fight between the government and the revolutionary forces in Kokkeriet city all day,Yesterday, are afraid for their livelihood after hearing the news that commodity prices have skyrocketed today. But their faces are filled with expressions of terror and joy as they grow more hopeful that the revolution will be successful.

A week ago, I was still upset because the price of medicine had tripled for me. Now, I can’t care about dying to take medicine. I am satisfied because I feel that the hope our revolution is going to win is more articulated.

Looking at my smiling face in the mirror under the candlelight, I was beaming with joy.