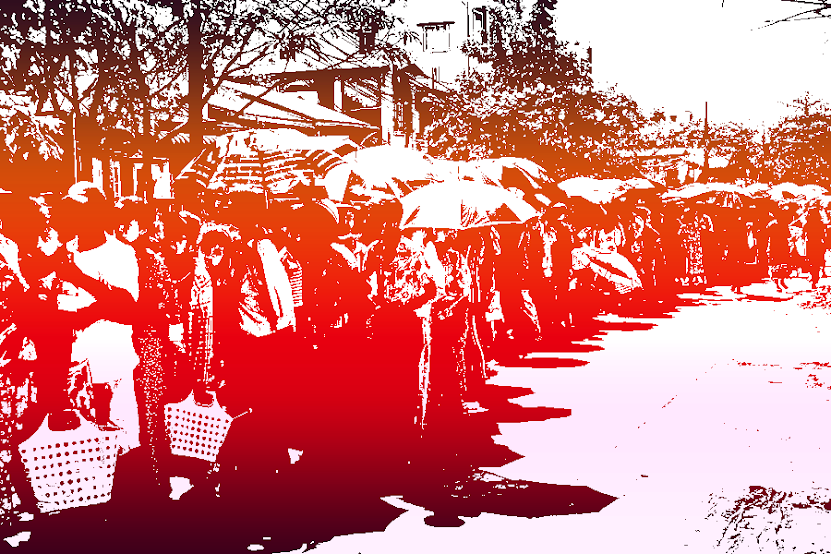 Dairy in the darkness (14) by Uncle Tu Mee

In today’s neighborhood, rice, oil,  and eggs  are sold by the government’s  program. Rice is as poor as animal feed. There are many eggs that are cracked. The oil is dark in color. Because of that, it is cheaper, but few people want to buy it. The neighborhood leaders who are responsible for selling are also disappointed.

About a week ago, there was a serious bomb explosion at the Myanmar-Thai border Myawadi Bridge. Bilateral trade stopped for a while. Now it is running again at a good speed. Carriers are working more as they don’t have to go through government customs gates. Because there is no list and no border crossing, government employees, The border guard forces are more and more satisfied with the results. Because of this, the public has accused the Myawadi Bridge bombing to be the work of military personnel and border guards close to the military. Among the traders doing border trade, the trade term Ju-carry is in vogue. That means Illegal trade is more than legal trade. The system has emerged as a large pasture that has been understood by government officials and border guards the old military government.

Under U Than Shwe and U Thein Sein, the Ju-carry trading system was a golden age. The trading community said that during Daw Aung San Suu Kyi’s time, the border trade could not be managed systematically because of the resistance of those who roamed that pasture.

Two days ago, the bomb blast at the Insein prison parcel center was also blamed on the PDF terrorists, but the people and the international community accused the junta of work. It is obvious that the bombing targeted the family of a political prisoner, so it is obvious that it was done by members of the military regime. As a result of that explosion, the mother of Ko James, a prominent anti-junta activist, died.

The junta is in a state of foolishness without control, so it attacks everything it sees as an enemy. The brutal act of beheading a school teacher in Upper Myanmar and hanging his head by military soldier on the school door is world famous.

The sun is higher than higher , the foolish dog is more fool than fool.

The fool dog is already biting everything it sees.

← Human resources and capital that are draining out of Myanmar
Daily Local News In Brief – October 22, 2022 (Evening) →