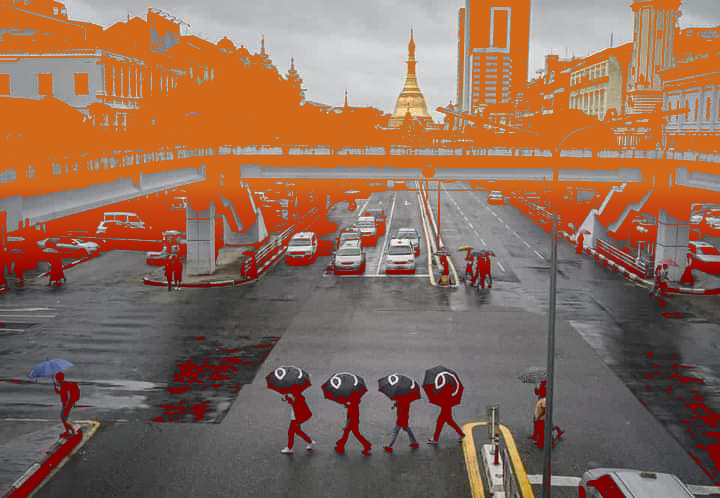 For breakfast, I ate rice with boiled beans.

I paid 500 kyats for only five tablespoon boiled beans.

It is just enough for one person.

It’s a movement of walking around the city, writing the number 8 on the four black umbellets.

A lot of activity photos are shared on social media. According to subsequent reports, the activists managed to escape without being arrested. They can evade.

The pictures are pretty good and clear. With Suley Pagoda in the background, the Burmese monument also stands out.

U Kyaw Minhan, head of the ward of Kyauk Myaung, was shot and killed at the office in Ma Hlwa Gone street near my residence.

A friend who trades with China said that despite the closure of China-Myanmar trade routes, goods are carried over the fence wall, especially telephone spare parts are being imported into Burma.

The piece of information is  that the Thai military is also buying Chinese military equipment instead of US military weapons.

The Thai military government is more dependent on China than the United States. It is natural. It is reasonable. A small dictator is joined by a large dictator.

The last two day the girl selling vegetables was robbed of all the money she sold.

Today the vendors who came to sell in front of my house were fewer and fewer.

The silence is in the dark.