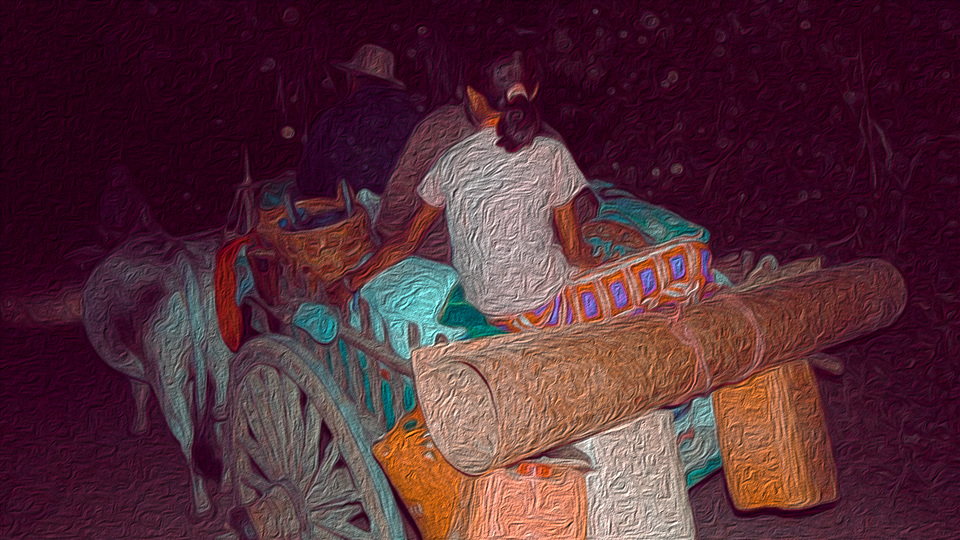 While watching the sunset one evening when the rainy season is over and the atmosphere of winter has just begun, I think that it’s been years since I haven’t watched the sunset in the evening with a light heart and enjoyed the natural beauty of the outside world.

After the coup, there were evenings when protesters returned home, where people wearing the uniform T-shirts and construction workers’ caps returned from the protest, evenings where people were preparing to resist the security forces and police with roadblocks, and evenings where old tires were burned. A few months after that, evenings that were haunted in silence in the third wave of the Covid and evenings with news of arrests and raids under the pretext of a guest list, came. Days, months, and years have passed since such tiring evenings when we couldn’t enjoy the beauty of nature.

The natural environment may be beautiful as it is, but the lives of the people living in this environment are not beautiful. It’s a situation where we live our lives constantly alert to the possibility of stress, anxiety, fatigue, and danger, and are unable to enjoy the beauty of the outside world.

Think about some parts of the country and how their evenings are. No one can enjoy the natural scenery of evenings in rural regions with ease because they are living unnatural lives where they have to flee from war, be alert to the sound of weapons, fear of burning houses and food, and live the lives of exchanging information with each other to avoid being arrested.

In the same way, the cold and beautiful mountain scenes in the southern, central and northern parts of Chin State have been replaced by scenes of military council convoys passing through, ambushes and burning villages in retaliation.

In Kayah state and Karen state, after the armed conflict that had subsided for almost a decade flared up at a more intense pace than 10 years ago, no region is in a situation where it can enjoy natural beauty. Although they live in a natural environment, they have to live without essential things like electricity, shelter, and medicine. In other words, they had to flee from their houses and live in the forests and mountains. It was not the case that they came to relax in the natural environment, but they were forced to escape into the forest and mountains due to the dangers that could happen to them if they stayed at home in the village. And they are living in a situation where they are constantly listening to the sound of weapons, artillery, and airstrikes.

However, there are still differences in the situation between urban and rural areas. Even though there are occasional bombings and shootings in the cities, they don’t need to worry about houses being burned, food being burned, or bullets or artillery falling, like in rural areas. Though there is a risk of arrest and persecution, it is very different from rural life, in which the situation is much more unstable.

18 to 19 months after the military coup in Yangon, even though the barbed wire barricades and zigzag barricades have been placed on the roads around the administrative offices where the junta soldiers patrol, the beer shops and KTVs adjacent to the barricades are crowded with cars and people at night.

When I returned outside last night, I noticed that the evening in Yangon had almost returned to its previous state as before. When I passed the intersection of the Hledan, I saw a scene of people crowded with cars in front of beer shops and KTVs at night in places such as San Yeik Nyein, Station Road, Thukha and Railway Road.

Even in Hlaing Township, where there are frequent shootings and bombings, beer shops and KTVs are crowded. Similarly, the beer shops along Parami Road near Thamine Road, Parami Road and Kan Yeik Thar Road in Mayangone Township, Yadanar Road, Kyauk Kone Road, and Kabar Aye Road in Thingangyun Township are crowded with cars parking on both sides of the road. Seeing these scenes in Yangon, people are living and spending money comfortably according to their classes. Although crimes such as robberies and murders are occurring almost every day, the evenings of crowded streets and places are bustling with people as if there is nothing to worry about.

The perpetrators are robbing people on bicycles or those returning from work by motorcycle or on foot in some neighborhoods where there is no traffic. For those traveling by private car, the risk is still low to some extent.

Despite the efforts of the armed resistance to control and manage the territory and administration, in some big cities, including Yangon and Mandalay, there are people who are working for a living to survive in real life. There are people who have money and good business opportunities, crowding in places of entertainment such as restaurants, KTVs, etc.

As on the news, there are places where war disasters, explosions, and attacks are not happening every day all over the country, but it looks like a normal situation.