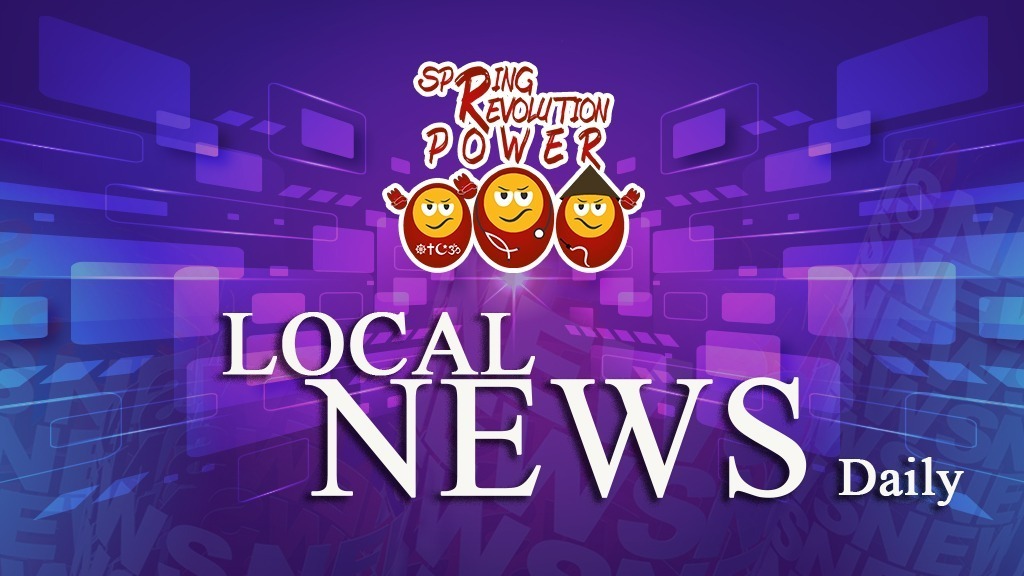 (Made possible with SpringRevPower Team)

1. Statement of the NUG Ministry of Women, Youths and Children Affairs on the death of children and villagers in Maungdaw, Rakhine

On November 20, the Ministry of Women, Youths and Children Affairs and the Ministry of Human Rights released the Joint Statement (1/2022) on the deaths of children and villagers in Gyate Chaung Village, Maungdaw Township, Rakhine State, as follows:

Statement on the deaths of children and villagers as a result of the firing of artillery shells by the military council in Gyate Chaung Village, Maungdaw Township, Rakhine State

2. Over twenty thousand displaced people from the burned-down villages ask for help

The military column of about 100 soldiers that came out of Ye-U Town has been marching through the villages in the southwest of Khin-U Township since November 15. Since the night of November 18, they had set fire to Paung Hle Kone Village. Then, at 7:50 a.m. on November 19, the village was set on fire again.

According to the news, about 200 houses in Paung Hle Kone Village were reportedly burned down due to the military council troops’ twice-burning, and the villagers have not been able to return to the village and are still attempting to flee.

The 1st military column, which burned down Paung Hle Kone Village and Leik Ya Kone Village, invaded Let Pan Gyi Village east of OMC Mubao while firing large and small weapons, and started to set fire to the village at 10:00 a.m.

There are more than twenty thousand people displaced from the four villages in Shwebo District, and the local media in Khin-U Township is asking for help to provide warm clothes, blankets, and food for those displaced.

3. Reports about people have to flee because of the constantly firing by the terrorist military in Ponnagyun and Kyauktaw

On November 19, starting at 9:00 p.m., the terrorist military opened fire on Ponnagyun Town, Kyauktaw Town, and nearby villages in Rakhine State, causing many people to be displaced.

“Since past 9 o’clock at night, the soldiers have been shooting indiscriminately from the oil terminal in Pipethe. There is also shooting from Kyauktaw Hill,” said a resident.

Another resident said, “We heard the sound of small arms being fired, starting around 9 o’clock. The sound of small arms being fired into the air was also heard. There is no sound of heavy weapons. It is also known that it was shot from the gate of Kisapanadi Bridge. The shooting took over 30 minutes and stopped after 9:30 p.m. Now it’s quiet. They were firing weapons without incident.”

Also in Ponnagyun Town, the 550th Light Infantry Battalion (LIB-550) of the military junta based in Ponnagyun fired heavy weapons into residential villages once between 3:00 p.m. and 5:00 p.m. and again at 7:00 p.m. on November 19, causing the residents of the entire village to flee.

On the same day, at about 3 o’clock in the afternoon, artillery shells fired by LIB-550 landed in Ye Phyu Kyun Village, Ponnagyun Township, injuring two men and destroying two houses.

Kyauk Seik Village was also reported to have been fired at with artillery shells and aimed at the people by the LIB-550 without incident, causing the entire village to flee.

In addition to indiscriminate shooting during the day, at around 10:00 p.m., a jet fighter was flying over Kyauktaw Town, Ponnagyun Town, and Rathedaung Town, and drones were also hovering, so the local residents were afraid to leave their bunkers.

A resident of Kyauk Seik Village said, “I don’t know what the situation will be like because the plane is still hovering, so I don’t think I can sleep today. I don’t think there will be a single person left in the entire village.”

The Rakhine Army (AA) and the Burmese Military Council have been fighting in Maungdaw, Buthidaung, and Paletwa townships between November 18 and today, AA said that the military council, which is suffering heavy losses, is targeting civilians.

4. The military junta troops have threatened to burn down the village if the KNLA and its allies attack again

The military junta troops threatened to burn down the village if the KNLA and its allies attacked their outpost in Lutshan Village in the territory of the 6th Brigade of the Karen National Union (KNU).

On the morning of November 15, the KNLA and its allies attacked and destroyed the military junta’s outpost, which had a foothold in Lutshan Village along the Three Pagodas – Thanbyuzayat road in Kyainseikgyi Township, Karen State. In the battle, the military council suffered heavy casualties. After the battle, the suffering military visited the village administrators and monks on November 17 and threatened that they would burn down the village if their camp was attacked again, Winyaw region revolutionary forces reported.

The terrorist military council is constantly carrying out actions such as abducting civilians and using them as human shields after the fighting with the revolutionary forces has ended, as well as firing heavy weapons into villages and burning them down if their camps are attacked.

5. The United States has told the Prime Minister of Thailand that it condemns the atrocities by the Myanmar military

U.S. Vice President Kamala Harris has expressed her condemnation of the atrocities and human rights abuses by the Myanmar military junta.

The Vice President of the United States, who is in Thailand, said so at a private meeting with the Prime Minister of Thailand.

The White House released a statement yesterday stating that during the discussion with Prime Minister Prayut of Thailand, the Vice President addressed the worsening crisis in Myanmar and underscored the international community’s support for the people of Myanmar as they seek to restore their country’s democratic transition. In addition, it is stated that the Vice President also informed the Prime Minister of Thailand that the United States stands with the people of Myanmar.

The U.S. Vice President will also visit the Philippines, and it is known that the issue of Myanmar will be discussed during her trip to the Philippines.