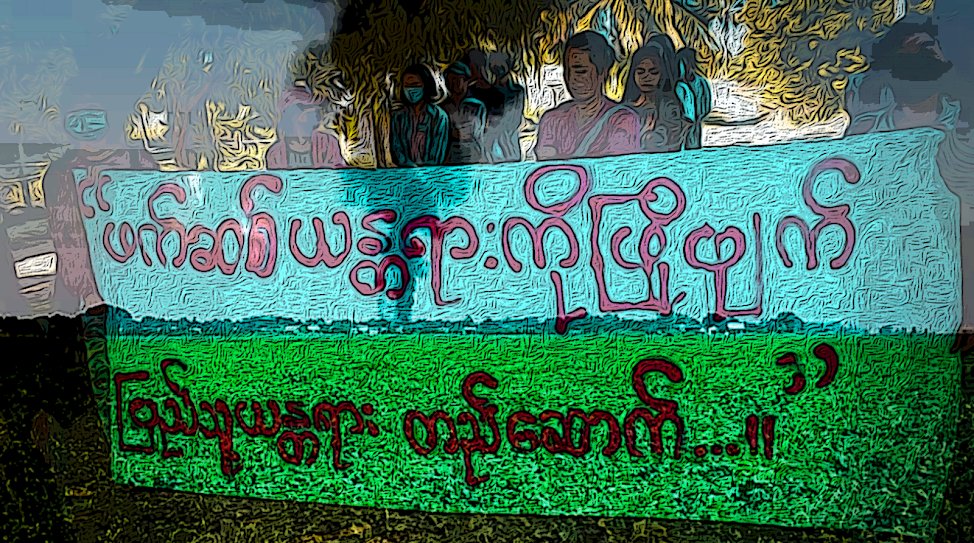 The Myanmar issue was discussed at the Phnom Penh meeting of ASEAN and other countries that ended a few days ago. Shortly after that, according to news reports, US Vice President Kimmel Harris, who attended the APEC summit being held in Bangkok, met separately with the Thai Prime Minister and discussed the Myanmar issue.

The ASEAN annual meeting discussed more deeply the political civil war conflict in Myanmar and made decisions. It has been reported in the news that they have set the ASEAN 5-Point Consensus to include a time limit and standards to measure whether there is progress or not. The standards to be evaluated together with this time limit have been set because the ASEAN 5-Point Consensus could not be implemented after more than 1 and a half years. The military council said at a press conference held recently that ASEAN did not get enough agreement from the  Myanmar side when the 5-Point Consensus was adopted, and argued that the chairman added these by hime self in his speech near the end of the meeting. Fact-checked, Min Aung Hlaing, the leader of the military council, was present at the meeting, and he readily agreed and said that after returning to Myanmar, he would bring up these matters only if there was rule of law and stability.

As the international community tries to solve the Myanmar issue, they only hold the ASEAN and its 5-Point Consensus as the key, and that key still hasn’t found an effective solution to the problem.

While these international meetings are urging a solution to the Myanmar issue, domestically, the military council troops are burning villages and killing civilians on suspicion of PDFs, unlawful torture, and extrajudicial killings.

In today’s news, there is a report of a junta column entering villages in Khin-U Township in Sagaing Division and setting houses on fire. At least 100 houses were burned, and the villagers were forced to flee.

Such events are almost daily news, so it is not surprising to the reader, but for the locals who witness such events, it is a once-in-a-lifetime loss of life and property.

The revolutionary groups should be aware that the most important factor in the current situation is to protect them from this once-in-a-lifetime risk of being killed and to protect the houses and food that have been built by labor from being burned and destroyed.

Only if PDFs can protect civilians from this kind of danger will they gain more trust and support from the public, and the meaning of the name “People’s Defense Forces” will be fulfilled.