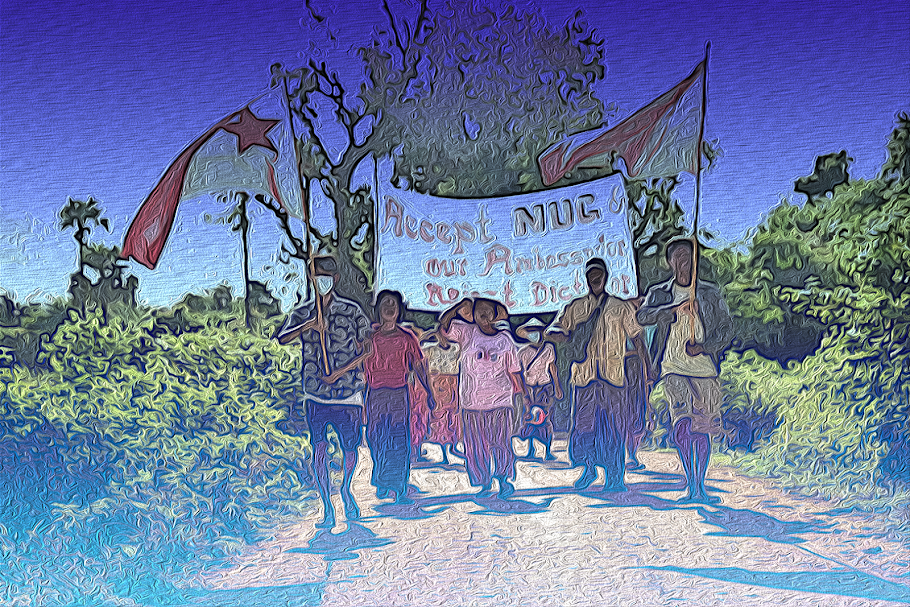 The phrase “there’s an engine in every train” is a phrase that has been popular among activists and supporters since the early months of the Spring Revolution.

Even though we don’t know what the original word was intended to say, even if we don’t find or declare who a leader is in the spring revolution, it can be understood that every movement group is a leader and all the organizations that oppose the military coup have already been identified as leaders. In the short term, there is no objection to a motivational speech, but in a long-term struggle, leadership must be present and needed. In battles where long-term battle strategies have to be established, it is not easy to interpret and move forward according to “every train has an engine.”

In the short term of a public movement or an uprising, while it is not yet known who and what groups represent the various public organizations, it can be accepted as a way of encouraging and organizing people to show their strength for a common direction. But in the long-term political and military battle, it depends on various goals, objectives, and capabilities of various organizations, and they have to reorganize step by step toward converging goals.

It is considered that the word “every train has an engine“ can no longer be used indefinitely.

Here, the right leadership and the ability to make the right strategy become important.

In the armed and public revolution that emerged because they could not accept the military dictatorship system, questions such as what is the most important, what determines victory and defeat, and what factors will speed up victory and defeat are easy to ask but difficult to answer. And, more importantly, when will it be successful, i.e., when will the current military council government fall? These are still difficult questions to answer.

Depending on whether revolution will change the system or just the ruling class will be changed in the process, could set time frame of the wars in our country.

Again, good leadership means the kind of leadership that is able to wisely lead the public movement, armed movement etc., which does not refer to one single person. We need leadership in a whole with well experienced and organizing skills, honesty, and loyalty toward the revolution and people. Only with good leadership will we be able to make the right policies, and we will be able to adopt policy strategies that match the situation. I think important features of good leadership are being able to analyze the political situation that is happening realistically, being able to understand historical background events and relate their causes and make correct policies, being able to build strong unity based on honest and open relationships with organizations that work together as allies, and being able to work together through thick and thin between those who are in the big movement and the leaders.

Organizing tactics such as determining which group or which force is an ally, which group cannot be an ally, and how to prevent an unlikely ally from becoming an enemy, are also important. And it is also important not to make enemies unnecessarily, and not to turn a group that could be an ally into an enemy.

In the current situation, the public’s disgust and hatred towards the actions of the military dictatorship is at its highest level and victory will be achieved as soon as possible if the right leadership and strategy can be adopted by relying on these points. We need to remember that there is a danger that Myanmar’s situation will be swept away if there is no proper leadership.