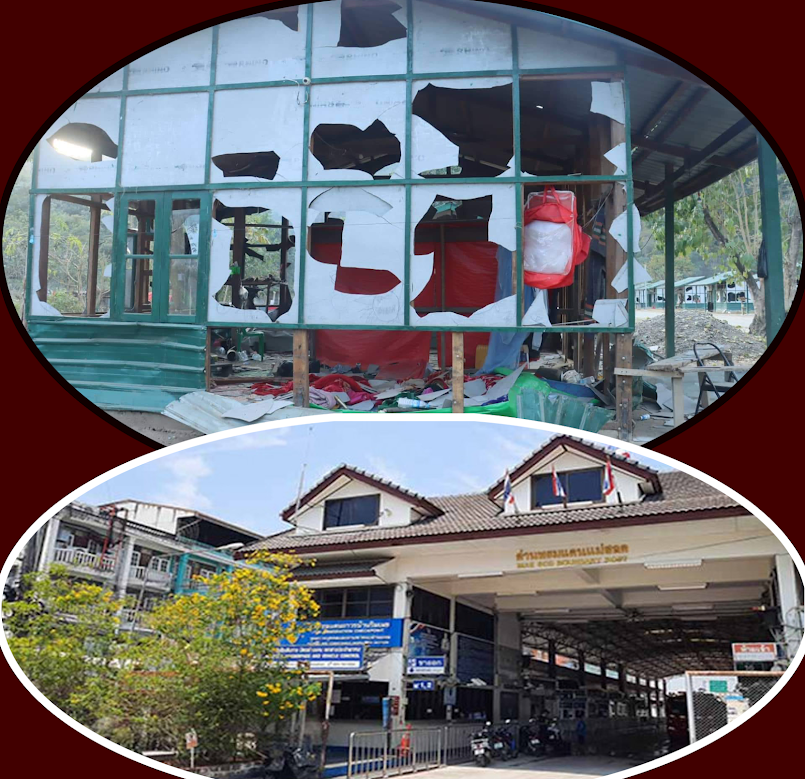 According to RFA news, 5 people were killed this evening when military council forces bombarded with fighter jets over the camp at the top of Mount Victoria in Thantlang Township, which is the headquarters of the Chin National Front, which had been active for decades among the ethnic armed groups before the coup. The CNF was one of the 10 groups that signed the peace agreement, abbreviated as NCA, during the U Thein Sein and NLD governments. After the military coup, one of the leaders of the CNF, Dr. Salai Lian Hmung Sakhong, took over as a minister in the NUG and has been participating ever since.

In Chin State, where there are dozens of ethnic groups, regional dialects and different customs, such as southern, northern and central according to the tribe, the CNF is not an armed organization that has influence over the whole of Chin State, but it is an armed group that has been fighting for ethnic issues for decades. It is also an ethnic armed group that provided military training and arms to defense forces that emerged locally in Chin State and Magway Division, bordering Chin State after the coup. This fact may be one of the reasons for the attack by the military council. On the other hand, the military council said that the unilateral ceasefire has been extended for another year, but the fact that the air attack on the CNF headquarters occurred without a battle has made it more obvious that the military council cannot be trusted. The junta leader said that 2023 would be a year of peace, but in reality, when we see that shooting and attacks are non-stop even during Christmas and Western New Year times, it is clear that the word “year of peace” is just a deception.

As the military leader announced that the 2023 election would be held in the mainland, mountainous and plain areas of the whole state, some observers commented that it had begun attacks on important places and the headquarters of ethnic armed groups opposed to them. It was said that the military council often carried out air strikes in areas controlled by the KNU and often carried out sudden attacks based on intelligence information. It can be seen that the military council continues to conduct air strikes and offensives with helicopters in the Sagaing and Magway regions, based on information given by their informants.

Among the interesting areas to watch, some observers commented that there are still focal areas of local ethnic armed groups that are scattered around Shan State. Rather than a local PDF, it can be said that there are ethnic armed groups that have a friendly relationship with the NUG and other groups that have a close relationship with the military council throughout Shan State. That is, if the election steps continue, we have to watch to what extent these ethnic groups respond to or accept the military council. Whether the ethnic political parties in these regions are interested in the 2023 election or not also plays a part.

The Chinese Embassy in Myanmar announced on January 5, 2023, that the Myanmar-China border gates in border regions will reopen. According to reports, the Thai border’s Mae Sot-Myawaddy Friendship Bridge will reopen on January 12.The Thai side repeatedly urged the military council to open, but it was rejected, and now, in the new year of 2023, the military council seems to have given in. However, instead of the normal situation in the past, the traders and authorities will have to establish some kind of relationship with the security forces on the side of the military council and also with the forces of the KNU brigades.

In the KIC news program, former KNU Joint General Secretary (2) Padoh Mahn Mahn expressed his opinion on the reopening of the Friendship Bridge.

“No matter what the situation is, we can see that the battles continue on the ground. It will continue in the future. Because the strength of the revolutionary battle transforms from a defensive pace to a more offensive one in 2023. Regardless of this situation, we have to say that there is not much potential to open a bridge based on the battle situation on the ground,” he said.

In 2023, among the steps taken by the military council, I think they will notice that they are re-establishing border region relations with their friendly neighbors.

← Helpless Rohingya; How about the election? When will the ASEAN 5-Point Consensus be implemented?
Indonesian Foreign Minister who became the third ASEAN Special Envoy for Myanmar; Civilians still being killed in upland regions →