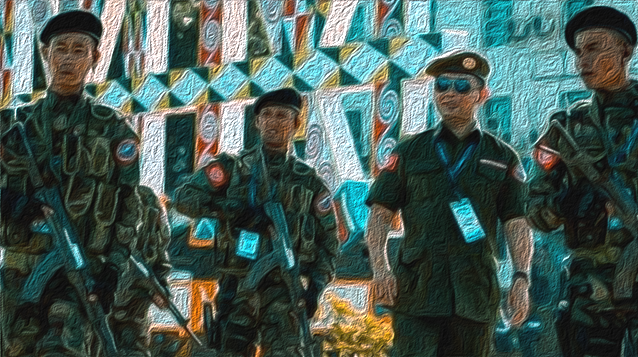 More than a year after the military coup, though there were protests, shootings in the cities, bombings and the emergence of new armed forces in the villages fighting against the military council, the Rakhine State did not participate openly in those events. Instead, they have been working hard for organization, administration and recruitment of AA only in Rakhine State.

In 2018 and 2019, AA has been fighting many battles with the military council, and a lot of arrests and civilian deaths occurred on both sides. There were hundreds of thousands of refugees throughout northern Rakhine. Some parts of northern and central Rakhine State have been more or less affected by the war, unable to grow food, being unable to harvest, unable to do fisheries properly and unable to get an education for more than 2 years.

The reason for not getting involved in mainland affairs is because the NLD government, the ruling civilian government, supported and agreed with the military to suppress the AA in 2018 and 2019, and decided not to hold the 2020 election in 9 townships in Rakhine State. The politicians in Rakhine State had grievances over that decision. These facts led to the assumption that AA stepped aside from the events happening in mainland after the coup.

Therefore, after the military coup, it stayed away from the armed conflicts, arrests, torture, and killings in the mainland and some states, and did not involve directly. During that time, I heard that some politicians and activists in mainland Myanmar had a bad view of AA.

While this assumption is undisputedly a military one, it is also important to consider the political objectives and interests of military action.  It is partially correct to define one’s own enemy as the enemy of all, but it is also necessary to understand who will benefit from success. If the military council collapses because they fight together, it is necessary to provide a clear answer to the question of whether the political goals of the ethnic armed organizations involved will be successful.

In other words, there needs to be a commonality of political ambition. Only when there is dialogue, negotiation, compromise, agreement, and commitment will the coalition emerge. If there is no such situation, when one side is facing difficulties, those who would be friends might stand neutral, or they might even consider it an opportunity for themselves to use.

The process of organizing will be successful only if they can guarantee their own freedom as well as the freedom of others and ensure that their freedom does not become a threat to others, which is a reliable guarantee in such a situation according to practical historical events. It is also necessary for them to be able to honestly apologize and learn from their mistakes in the past.