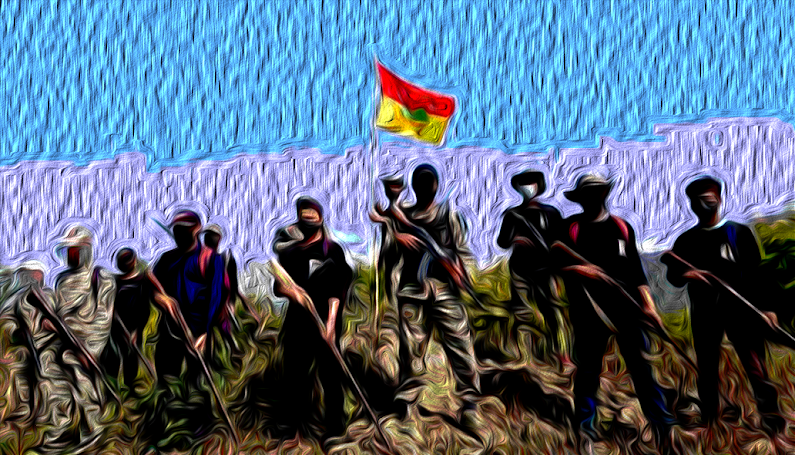 Current situations and prospects for the next year

The current situation is that some parts of Sagaing Division, Magway Division, Rakhine State and Karen State are becoming war zones almost every day, and the local residents are under various pressures to decide whether to work to survive or run away to avoid being caught and hit by bullets.

I read on the news and understand that people from those worst war-torn areas are suffering the worst and most unprecedented experiences and mental trauma of their lives between armed resistance forces and their supporters on one side and Pyuu Saw Htee, which is formed by the military council and the military council troops who are aiming to weaken and end the armed resistance by the scorched-earth system on the other side.

In some areas, armed forces were formed to fight against the military council, and for a period of time, the fighting was intense. But there are also cases where the status quo has been maintained for months, dividing some areas for each and maintaining with unofficial truce. Still, there are tens of thousands of people fleeing cities and villages in the southern areas of Chin State, like Mindat, and they have been living in that situation for months, trying to survive.

Fighting or not to fight is not just a decision of the armed forces in revolt against the military dictatorship and establishing a federal system. It may also be related to the strategy of the military council.

It will be the strategy of the military council to attack which areas as a priority and which areas to be maintained in their original position as those are. While they are currently prioritizing attacks on regions such as Rakhine State, where fighting has intensified recently, they may be planning to attack regions such as Chin State and Kayah State by maintaining the status quo at the moment.

There are forces that join and act together to attack, and there are forces that can cooperate as an alliance, and some groups move with their own strategy. If the joint forces and alliance forces can make a strategy together, it will be stronger effect on current situation. If powerful groups of ethnic resistance organizations (EROs) cannot join as a group or alliance that can act together, the armed revolution may last longer.

The armed revolution is not just based on personal feeling, but it is cooperation depending on establishing common political policy and interests. Cooperation will be possible only if policy, equality, and interests are all compatible and agreeable. It cannot be considered that other groups must support  one’s organization purpose just because it is popular to public. Although one may be powerful in politics, but the organization will have to recognize according to the situation where all armed forces could come into solidarity.

I heard that the leaders of NUG said recently that 2023 would be the decisive year for the complete removal of the military dictatorship. In order to make this decision happen, it will be necessary to prepare and create practical process.

I have read and heard on the news and interviews that some of the leaders of the anti-military council forces are asking the people to hold on, to not give up, as they may have to face the worst situation, and to not give up as victory will come soon. The people’s endurance in the areas facing the worst situations, such as Karen State, Rakhine State, Sagaing Division and the northern part of Magway, may be limited and time-constrained to a certain extent.

Armed forces need to have an advantage in the military as well as protect the people. Because the status of armed groups and the defenseless status of the common people are different, I would like to say that the importance of protecting people in areas where there are food shortages and lives and property are at risk is as important as the success of battles.

← Daily Local News In Brief – October 26, 2022 (Evening)
The impact of the bomb explosion at Insein Prison →