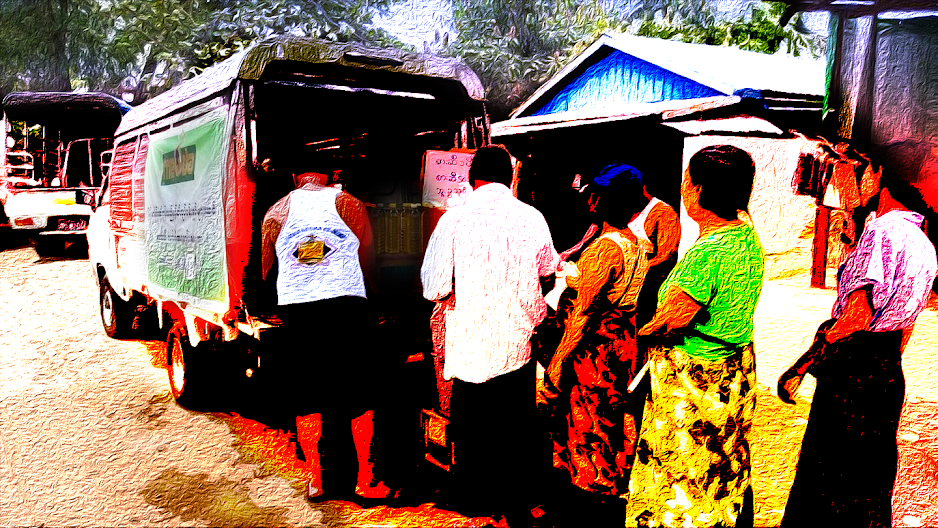 Will the military dictatorship fall due to an economic crisis or armed revolution?

Questions arise these days whether the military dictatorship that oppresses the people, oppresses the rights of ethnics and aggressively suppresses the students will fall due to armed revolution or economic crisis or both.

The consequences of the Covid-19 pandemic in countries around the world are disruptions in product supply chains, decrease in quality of services and world tourism. Myanmar is also one of the countries that suffers these consequences. Border trading with China was almost completely closed for years, but was recently reopened with restrictions. During those times, no local marine products and agricultural products can be exported. Border trading with Thailand has also had many limitations since the beginning of the Covid-19 disaster, and due to ban on domestic tourism and the 2-year ban on foreign tourists, there were many hotels and tourism services that were closed and halted.

After the military coup, there are international sanctions and many investments from Western countries that have decided to leave, and since September of last year, the value of the Myanmar kyat has fallen significantly, and now the second round of currency devaluation has occurred again.

In Sri Lanka with an economic collapse, the public stormed the house of the president who insisted on not resigning, he had to flee the country days after leaving the palace. Comparing this event, Myanmar has experienced a drop in currency value after the military coup, having armed conflicts, facing difficulties in doing businesses in the country and also rise in fuel prices which could lead Myanmar into another uprising like Sri Lanka and could bring an end to the power of the military council.

This armed attack hurt the army of the military council, and the public hoped that the military dictator would be overthrown in this way. However, no one can say exactly whether it will fall within a year or within months as expected by the public and now that the military council has issued orders and instructions through the central bank to control foreign exchange, the value of the Myanmar kyat has fallen significantly and some products are not arriving on the market on time.

These issues continue to occur and it has become another hope for the anti-dictatorship forces whether the economic crisis will put an end to the military control of Myanmar like Sri Lanka. Due to a shortage of foreign currency, Sri Lanka is unable to import fuel, can’t provide enough electricity, affecting the country’s economy, education, health system and other services and then, the people uprising forced the president to resign.

Myanmar has a history of suppressing people’s uprising by the military with violence and it is the country that ended last year’s public protests by shooting and suppressing them. The difference is that it is not a country ruled by corrupted civilian political leaders like Sri Lanka. Myanmar has corrupted military dictators since Independence.

At the present time, the method of armed movement against the military dictator is chosen and is working collectively by various groups all over to bring it down.

In a situation like this, it is necessary to consider whether the economic crisis will give impetus to the armed movement or the condition will worsen as more brutal and cruel killings by the regime in some regions like Sagaing and Kayah states.