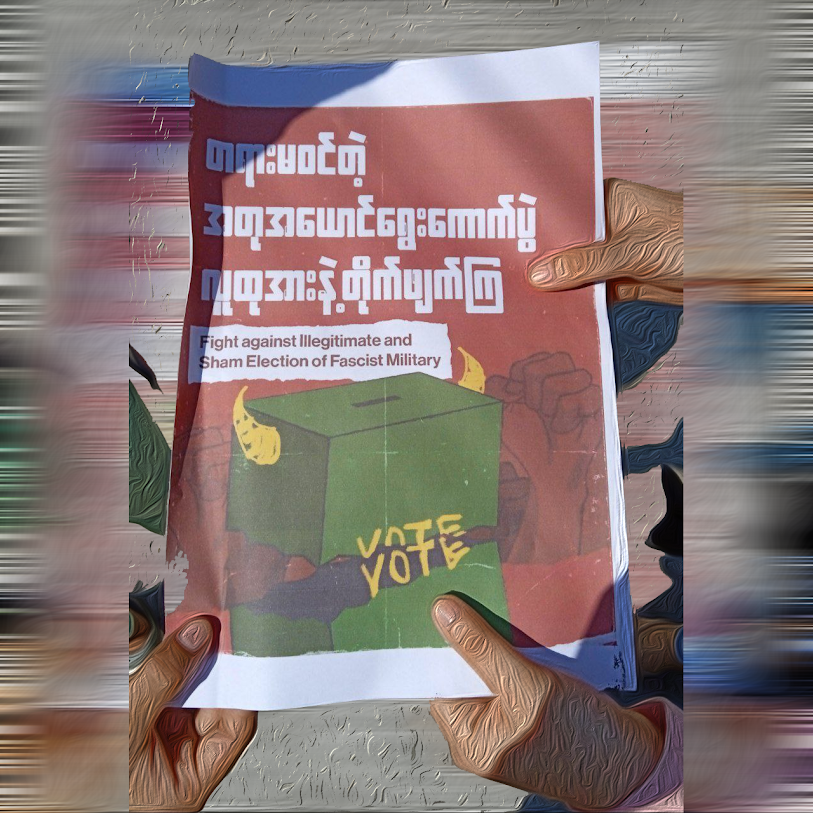 The military council has not yet announced the specific months and days that the election will be held, but I have noticed that differences of opinion are beginning to emerge regarding whether or not to participate in the election to be held in 2023.

It is not yet obvious in the parties form mainland, but in some ethnic regions, the differences in opinions are emerging among the political parties. It is firstly seen in ethnic parties based in Rakhine State clearly.

The ANP and AFP parties are seen saying that they will participate the election, while the ALD party has given an opinion in an interview with a news media that it will not compete at all.

The main party in Rakhine State is the Arakan National Party, which is called ANP, and the rest of the parties have less support compared to ANP and they tend to have support based on their ethnic areas.

The ALD party, which is considered to have a close relationship with the NLD party, said that it would not participate in the election at all. But, some minor ethnic groups, such as the Mro, Kha Mee, Daingnet and Kaman ethnic parties are watching the situation to see if the big parties will enter the competition, and if the big parties do, they have stated that they will also enter the competition.

After the coup in 1988, when it was announced that the next election would be held, the National League for Democracy, which was newly established at that time, contested the election vigorously and hoped to take over power. However, at that time, after the NLD won the election, they were not handed power on the grounds that there was no constitution yet. This was set up merely as a result of the 1990 election, which prolonged the military regime and the military dictatorship.

The 2010 election was held in which the military generals founded the civilian party, participated in the civilian government election and took power as a transitional government.

Compared to the 2010 election, the 2023 election has different circumstances, backgrounds and reasons.

The 2010 election was held under the control of the State Peace and Development Council led by U Than Shwe, by releasing the strict situation and legitimized the USDP government including retired military generals. The election that will be held in 2023 will be unlike ever before in the country, when there is no rule of law, when there are many villages and regions that cannot be governed by the military council, and when many armed organizations are emerging.

Regarding the 2023 election, there is a possibility that there will be differences of opinion between the ethnic parties in other states as well. It is still unclear how the 2023 election, which is referred to as the exit of the military council, will emerge, and it is necessary for the political parties on the ground to discuss and hold a view on it.

← The impacts of the suspension of passport issuance
What will be needed to defeat the military council? →