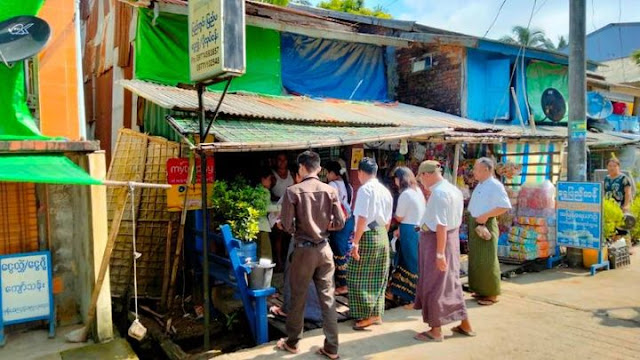 The opinion of the anti-dictator revolutionary forces upon the election

In recent days’ news, we have seen the news that the TNLA, an ethnic armed group, said it would prevent preparations for the military council election and the news of attacks on those who are collecting the list of population for the election in the wards and villages. A video file of PDFs firing automatic rifles from a car at an election enumeration team somewhere in Monywa was also posted online.

In a neighborhood in Hakha City, Chin State, I read in the news that the Chin Defense Forces opened fire on members of the military council who were guarding the election enumeration team, and a policeman was killed.

Regarding the data collection for the election, the first shooting attack took place in Launglon Township of Tanintharyi Division, and a member of the security force was shot dead.

By looking at these events, I think it will be necessary to release the policy on how to proceed with the election of the military council, detailed instructions to conduct on the ground and common instructions regarding the election for various PDF forces.

Ethnic armed groups may not allow the election to be held in their controlled areas. I am writing this to say that it is necessary for NUG, which has not yet achieved a designated controlled area, to come out with a detailed statement of opinion and instructions regarding the election to be held by the military council for the PDF forces and the local people’s defense forces that are active in the cities.

← A civil war accompanied by a series of airstrikes; The Thai-Myanmar border bridge reopened after about 3 years
Election enumerators were attacked and killed once more; Villages in Sagaing Division where residents were still fleeing the war →