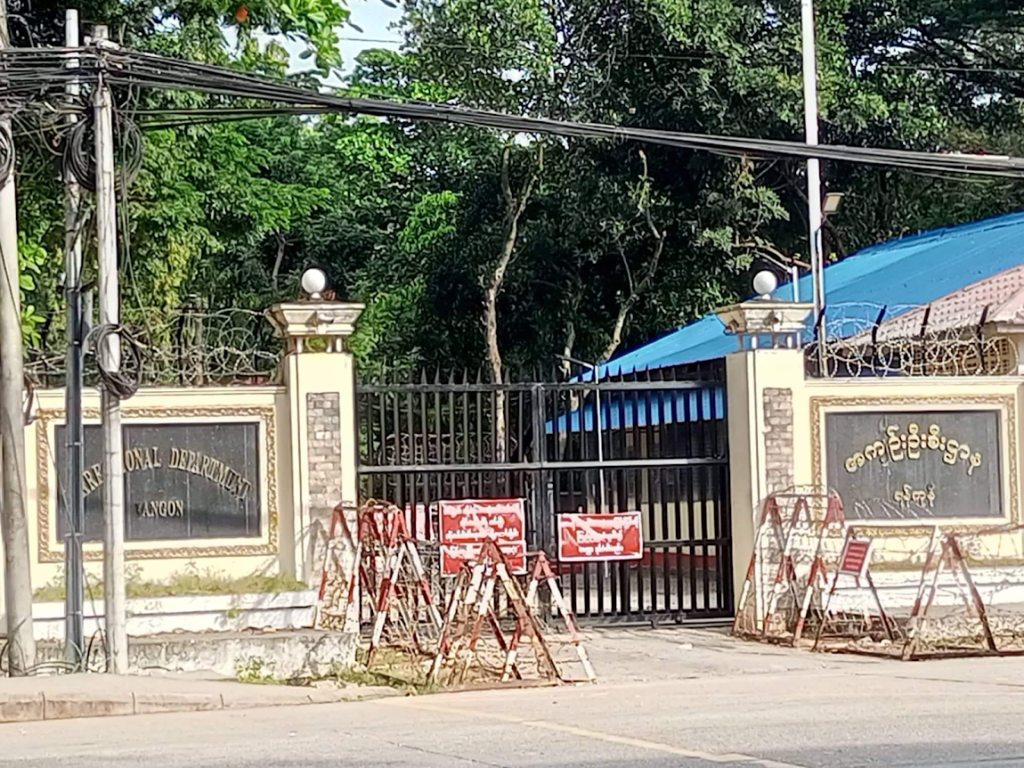 The Prison: A Symbol of Oppression; Days and Years of Enduring Hard Times

The prison can be said to be a thing that is a must-have for criminal justice and law enforcement. In the gradual advance of human culture, I think it can be said that it is a part of the administrative law enforcement mechanism in order to give a punishment that is appropriate to the crime committed.

In reassessing the emergence of prisons in history, there have been instances in the history of Myanmar where the prisons of the feudal era handed the prisoners into the hands of executors and executed them, taking the meaning of the order to arrest them into kill them. The case of author U Ponnya was an example.

This is an example of the feudal era, when words coming out of the mouth were defined as laws. The prisons of the colonial era, which were used to detain, incarcerate and punish those who rebelled against the imperial masters and to detain offenders of the criminal law, were ruled by the imperial British by enacting judicial penal laws and prison manuals. Many books have been published about the prison experience, in which it is said that there was a lot of bullying and harassment in colonial-era prisons. There were many books written about the politicians, leaders, and leftist believers who participated in the struggle for independence and were imprisoned in various prisons in Myanmar.

In the post-independence era, former independence strugglers and fellow strugglers who opposed the colonialists put each other back in prison when their ideologies and paths diverged. Not just politicians, but writers, poets, and journalists have spent years in prisons during the Fasapala era (the period governed by the Anti-Fascist People’s Freedom League Party – AFPFL), and these people enriched the history of Myanmar literature with books and records of their prison experiences.

Again, during the Masala era (the period governed by the Burma Socialist Programme Party – BSPP), they even invented a prison for detaining prisoners on an island and sent political opponents to the Coco Islands in the sea and imprisoned them so that they couldn’t meet with their families.

After the 1988 uprising, punishment for political sections was increased, and the situation in prisons was even worse than in the Masala era, with more aggressive torture, restrictions and loss of lives. These situations lasted for more than 2 decades, deepening the worst historical experience again. During the military regimes governed by the State Law and Order Restoration Council (SLORC) and the State Peace and Development Council (SPDC), there were numerous examples of political dissenters being imprisoned for tens of years. Politically active youths spent 10 to 20 years in prison and demonstrated their strong stance of political defiance with their lives in prison to establish a democratic system supported by the public and to change the military dictatorship. It does not mean that every person arrested is strong. It can be seen in history that some of those gave up and joined the military group.

Today, November 17, 2022, I woke up early in the morning with the news that some politicians, some activists, some journalists, some leaders of the NLD party, and some members of the previous government will be released.

I woke up before 7:00 a.m. when someone from our field, who is in prison, called me from the prison and asked who would be released. After learning the news late at night, family members have been waiting in front of Yangon’s Insein Prison and other prisons in various towns since early morning. Looking at the news and pictures, I feel that the wives, husbands, mothers, fathers, etc. were waiting for the return of their imprisoned family members with full hope to see if their loved ones would be released.

While prisoners spend their days in prison reading, talking, and doing health exercises, their families on the outside are working hard to get through the day of release while solving the difficulties they face outside to give them moral strength and to send food and medicine to those inside on a regular basis. If one’s family member is released, the tension in his mind will be temporarily relaxed, and he can rest for a while.

I don’t think it would be wrong to say that prisons are pages of history that reflect the history of political oppression throughout the ages. In Myanmar’s history, some comrades who had worked together during the liberation struggle in their opposition lives changed positions with the authorities, causing their former comrades to be arrested and imprisoned. These already existed in the Fasapala and Masala eras.

Among those released by the military council today are well-known political figures, some of the leaders of the NLD party, those who supported the NLD, some famous writers, and religious leaders who preached against the military council. It cannot be said that the number is large, but it can be seen that people from different fields have been selected. Apart from that point, if we look at the rest of the people who were released, among those convicted under Section 505-A, only those with less than a 6-month sentence were selected, according to reports from the prison.

As of last week, some Union Ministers from the NLD government regime were released, as were the chairman and a member of the Union Election Commission, after filing a petition. On this National Day, during the period 2016-2020, U Kyaw Tint Swe, who was selected and assigned by Daw Aung San Suu Kyi and was involved in international relations and peace matters, the Rohingya issue in Rakhine State, and the Hague International Court of Justice cases, was also released. U Kyaw Tint Swe was a senior diplomat at the Ministry of Foreign Affairs and also a senior official who served dutifully during U Than Shwe’s military regime, so it cannot be considered unusual that he was included in the release.

Overall, the purpose of today’s release can be seen as an attempt to look good both domestically and internationally for next year’s elections. Whether it looks good or not, it seems that their purpose is only to create a political scene before the election.

NUG and CRPH, which have chosen the armed path, are in a position where there is no need to consider whether the election will happen or not. I think that there is only one thing to focus on: the overthrow of the military council and the military dictatorship system by armed means. I think it will be similar to the attitude of the ethnic armed groups in previous elections such as 1990, 2015, and 2020 held on the mainland and in some states.