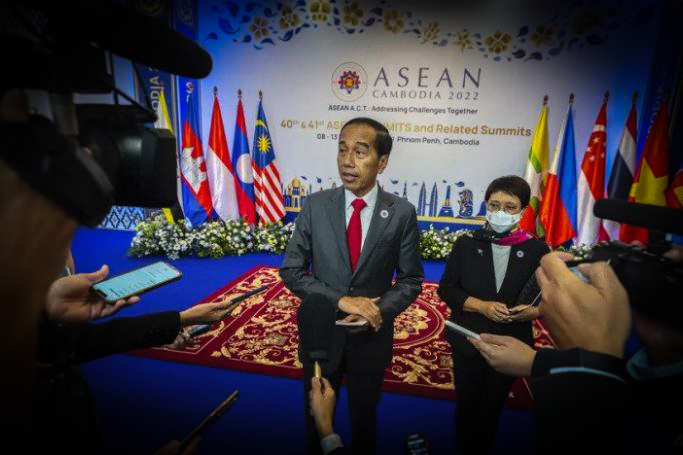 The impact of the Phnom Penh meeting on Myanmar affairs; Areas where armed conflicts have become more widespread

The military council, opposition political forces in Myanmar, domestic activists, civil society organizations, and civil society organizations working on human rights are all watching and listening to the annual meeting of ASEAN. In the ASEAN meeting, which is attended by not only ASEAN member countries but also world powerful countries and leaders from the United Nations, there is the opportunity to discuss policy changes regarding Myanmar, any policy changes within ASEAN, and the possibility of financial and military assistance from the United States, the leading country of the Western bloc. A country like Indonesia, which has some influence among the ASEAN countries, has stated that the ASEAN region cannot be used as a Cold War battlefield.

Although they condemn the military council’s brutal killing of civilians in Myanmar, the burning of homes in villages, and the embargo of food and medicine in the entire residential areas, it has to be said that there is no prospect of international intervention, such as helping and selling arms to the opposition.

Now, the ASEAN meeting and meetings involving ASEAN and some large countries have discussed and decided that the previous ASEAN 5-Point Consensus will be re-confirmed and encouraged to work with time limits, and evaluation standards will be set. As for the military council, it has responded since the previous day that it did not accept or reject the ASEAN meeting resolution, so there is a question about whether the ASEAN resolution can be effective. The military council must have known that it is impossible for other large Western countries to provide arms and personally intervene in the matter of Myanmar, which is a neighbor of India and China. The fact that the military council is deliberately trying to get closer to Russia will be carefully watched by the Western countries, but it may be that the Western countries have not yet been alarmed about Russia’s sale of weapons that are being used in the civil war.

Looking at these circumstances, we have to conclude that there is no chance of the international community helping and selling weapons to the opposition in Myanmar, and that the status quo will continue as it is now.

There is no international assistance regarding these armed conflicts, but domestically, the attacks between the military council and ethnic armed groups are becoming more widespread. After the end of the rainy season, there comes the dry season, there is a possibility that there will be more battles in Karen State, Kayah State, Rakhine State, Sagaing Division, and Kachin State. I have been hearing about the military council’s military bases being seized in Hpa-An, Kawkareik region and Hpapun of Karen State, Thaton, Bilin, Kyaikto, Nyaunglebin, and so on. There are also clashes with the AA in Rakhine State, as well as ongoing clashes in regions bordering Kachin State and Sagaing Region.

These battles are guerrilla warfare, not wars for territories. There have been attempts to attack some cities in the form of territorial occupation, but they have been unable to succeed yet. A case to point out is the recent attack on Kawkareik City. Some international military analysts have pointed out that the decision to launch such a war may be the wrong strategic decision. It was also stated in a recent article that fighting a war in place with no background support mechanism, such as an air defense system, is a waste of strength and a bad strategy.

As for NUG, it is too early for them to attack for capturing cities and military bases with force in order to achieve a decisive victory within a few months or a year. It has also been criticized that they should avoid strategies that lead to self-destruction before they are able to form, organize and train enough forces in a position where there can be cooperation under the command system and before the military equipment is adequate.