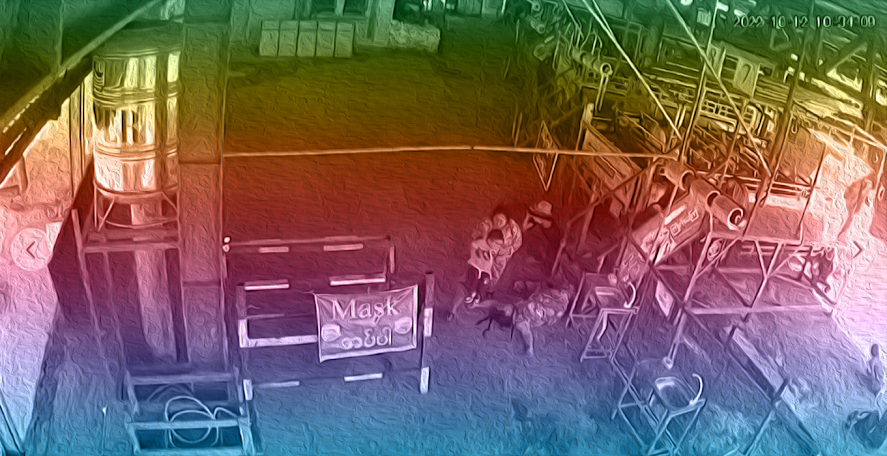 Residents of some townships in Sagaing Division are fleeing from their villages: The CCTV footage of the shooting at the foot of Kyaik Htee Yoe Mountain has emerged

It was said that nearly 5,000 people from the villages in Chaung U Township, Sagaing Division, had to leave their homes and flee due to the marching of the military columns. In Sagaing Division, this kind of incident is a common occurrence, but if you think about the incidents where thousands of people fled, food and property were destroyed, houses were burned, and children lost their lives, every single incident is enough to be reported as news. Sooner or later, I think that it is necessary to record it for accountability, and the news media should also report it. Injustices, arbitrary actions, serious human rights violations, war crimes, etc. need to be recorded in accordance with their levels. No one can say for sure when justice will be served, but when injustice happens, we should not ignore it as it is a common occurrence, and we have a duty to provide support through sympathy, encouragement, physical strength and mental strength.

After more than a year of this situation, the loss of life, property, and livelihood of the local residents has become more of a figure than a real feeling, and it is seen that people have come to think of it as a normal occurrence. People may also have become less emotional as most of the news and most of the incidents are about the loss of life, the killing, the destruction of property, the looting, and people fleeing their homes and villages.

Among the armed conflicts taking place in Myanmar, Sagaing Division is the region most affected by the war. In terms of terrain, it has no large forests. The agricultural lands, river basin plains and plantation fields that are good for agriculture along the rivers and creeks, are now becoming the most suffering regions with the highest casualties, filled with the sounds of weapons and air raids by the military junta.

In another piece of news for today, the military council’s side released the security camera footage containing some parts of the shooting that took place at the Kin Mun camp at the foot of Kyaik Htee Yoe Mountain on October 12, and announced that they would file a lawsuit against BBC News and The Irrawaddy News, which reported the news that day.

At around 11:00 a.m. that day, a group claiming to be Thaton District PDF opened fire on the guarding police and soldiers at the Kin Mun camp, which is the bus station leading to Kyaik Htee Yoe Mountain, killing 3 female pilgrims and injuring 13 others. Regarding this incident, the military council accused KNU’s Thaton District Brigade 1 and PDF. KNU has told the Irrawaddy news media that the KNU’s Alliance Supervision Committee (Thaton District) will investigate the incident.

KNU has formed an Alliance Supervision Committee for the armed groups that are active in the Kyaikto, Bilin and Thaton Townships, which are designated as the 1st Brigade according to the territorial definition of KNU, and locally known as Thaton District. It is understood to be a supervision group to follow military regulations to be accountable for military activities, and it said that it would investigate the incident and inform the public.

KNU said to the media that it has never carried out such an attack because there is a possibility that civilians will be harmed in an attack on security guards at a place where civilians and pilgrims travel.

← Daily Local News In Brief – September 26, 2022 (Evening)
The election and Any Other Clear Alternatives   →