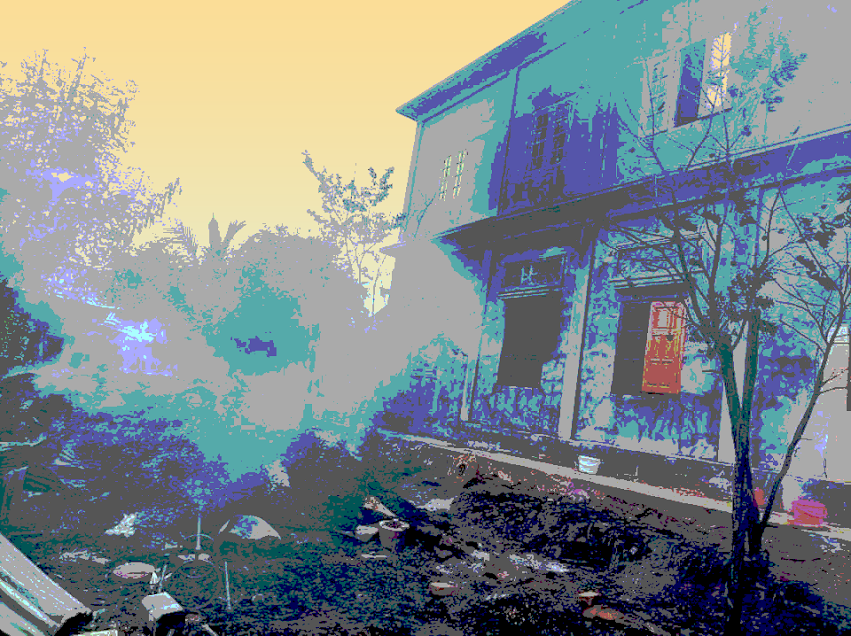 The village of Tinteinyan in Ye Oo Township, Sagaing Division was burnt down in the past few days and shops, houses and some cars in Let Pan Kyin village, Myinmu Township were burnt down these days. We learned more about the incident after the soldiers from military council left the village, that at least 10 villagers were killed with accusations of being members of People’s Defense Forces and their supporters.

While there are statements by the NUG that 50% of the villages in Sagaing have been under-control by the People’s Defense Forces, the villages are still being burnt down and the villagers are killed. There is no concrete information on what is actually happening on the ground, what percentage of villages are protected by PDF forces, and the meaning of the word “under-control” is unclear. If you read the news, you can guess that the situation is like the PDFs have to retreat when the junta troops enter and it is not yet a situation where PDF could protect the villages from being destroyed or people from being arrested or killed by Myanmar regime.

In the last week and this week, the military council’s columns entered villages in townships such as Myingmu and Ye-U, arrested and killed residents and burnt down their houses and shops.

In addition to Sagaing News, news reports that two students were killed and two other students and one school staff were injured when the military council fired on a boat carrying young students going to school in Paletwa region of Chin State, which is adjacent to northern Rakhine State. There were battles occurring between the Araken Army (AA) and the Military Council in the Paletwa area, and the AA announced that there was no nearby fighting when the boat was shot at.

There is also a possibility that the armed battles will escalate again in the northern Rakhine State and Paletwa region of Chin State. From Kachin State to Tanintharyi, the battles are taking place widely in small towns and villages, and there are civilian deaths every day. On the news, 1 or 2 civilian deaths is no longer news-news, and even the news of 10 civilian deaths is not seen as an event that has been used to, and innocent human lives are being lost like flies.

In this situation, not only the Ukraine-Russia war, but also concerns about military tension in East Asia’s China and Taiwan are emerging in the world. As for ASEAN, the Foreign Minister’s meeting was held in Cambodia, and the Russian Foreign Minister, who came to attend the meeting in terms of work, visited Nay Pyi Daw in Myanmar. The Russia Minister had a meeting with the Junta’s Foreign Minister as well as the leader of the military council. At a time when the international community is working on economic sanctions and diplomatic downgrades against Russia, Myanmar military leaders are trying to improve relations with Russia. This action is aiming to buy more weapons and arms , to get protection with veto power in a place like the United Nations, to send military-scholars from the army and the next step is to obtain a chance to purchase cheap oil from Russia in the event of an unprecedented rise in fuel prices.

Another piece of news for today is that the SSPP/SSA Shan armed group attended the Peace Talks invited by the military council that began in early May. Although RCSS, KNU/KNLA PC, New Mon State Party NMSP, the Lahu armed group(Lahu Democratic Union LDU) and other groups each visited Nay Pyi Daw in the past few months, then at last, SSPP/SSA was present today from being delayed due to dispute regarding the military council’s request to withdraw them from three military posts in their holding.

The loss of life resulting from the armed conflicts, burning of houses, properties being destroyed or looted by armed groups, massive human rights violations and lawless killings are the current grave situation in Myanmar. They are happening almost every day, and even watching the news is psychologically disturbing. How long this war torn situation will last depends on the will and might of whom leading the politics and military from both sides.