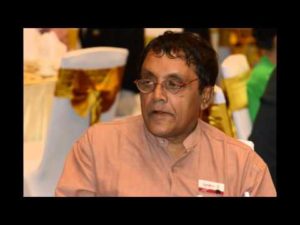 A traveller travelling along the Ayeyarwadi River can see the high cliffs overlooking the river.
Underneath the cliffs between the river and the foot of the cliff, is a foot path which runs up to a village.As one travels from Sagaing along the river by motor boat,the sight of the overlooking cliffs means that Yenangyaung is not far off. More precisely, one is approaching the Nyaung Hla port. As the motor boat passes the cliffs and prepares to make a stop at the port, the memories of my mother’s birth place come into my mind.
From Nyaung Hla port,one can go to Yenangyaung either by bus or by horse cart.
Going by bus is a lot cheaper than going by horse cart. But I always choose to go by horse cart or more precisely, I hire a horse cart all to myself, because on rare occasions that I come to this part of the country,I want to enjoy scenery of hills,  fields,streams,the tall steel towers of the oil wells.  The road is full of ups and downs.Just as one struggles in going up hill,one needs a lot of control in going down hill as well.

Mother was born in this part of the country. She lived here for most part of her early life.
Whenever she talked about her early life,she never got tired of talking about this land,the houses,the people,the oil wells,the BOC workers’ quarters, the Htanaung and Tamar trees.Oh,how she used to talk about these.So,you can understand why I take time to enjoy this scenery on rare occasions of coming here,once a year or even once in two years.With the enjoyment of this scenery, comes the memories of my mother.With the memories
of my mother,the photos that she once showed me. Particularly ……
( II )
The more I think about it, the more I realise that there is nothing extraordinary about my
mother. She comes from an ordinary, poor family, just one of the many,just like one leaf out of the trees of the forest.Yes,just one of the leaves, but a leaf of the Htanaung tree.She was born in Nyaung Hla.She got married.Then she accompanied my father to Yangon where my
father worked.That’s her life from the beginning to end.There’s nothing else to know.She talked very little.One can say that father and mother are just the opposite of one another. So,if you know what my mother is like, you will know exactly what my father is like by taking the opposites of everything that my mother represents.I believe that one of the qualities that I have inherited from my mother is my weakness of character and my
tendency to shed tears easily.That is why, I believe , out of the five children , my mother loves me most of all.

Father used to say,”Life with your mother is so dull.She talks so little,spends so little and is so thrifty that when she dies,she will become a guardian spirit of lost treasures or something like that.Just look at the key she keeps hanging round her neck all the time.”
Actually,my father exaggerates a bit.The key that he was referring to did not actually hang
around her neck.It was attached to her blouse by a safety pin.The key had been there from the time I saw her as far as I can remember.She never let the key out of her blouse.
Father was a happy go lucky guy.He had many companions.He spent his time drinking,
playing cards with them.I still remember an episode that my mother related to me.One day , father came home after losing all the money in a card game.He demanded my mother’s gold necklace and bracelet.When she refused,he beat her.When she refused again,he threatened to take her key and open the box that my mother kept under her bed.Only then did my mother give him her bracelet and her necklace.  My father again lost the bracelet and the necklace in a card game.There was however one improvement.He never played cards again after the loss of the bracelet and the necklace.All that happened before I was born. Sometimes I heard my father say to my mother,”What’s in the box that you even gave me your gold bracelet and necklace to prevent me from taking your key to open it?”
My father used to talk about the days when my mother lived in Nyaung Hla with her
parents and how my father,an engine worker at the BOC used to sing ,playing the mandolin
under the Banyan tree not far from my mother’s house.He never won her heart. That,my father’version was due to her pride and her shyness. Finally,he turned to his parents who made an official request to my mother’s family.My father,( wrongly) believed that my mother really loved him and that only her pride and her shyness prevented her from showing it.They were married under the arrangement of the elders.”I wish it were more romantic.” father used to say.

Years passed.They had a happy life,that is, under the assumption that my father’s drinking
sprees,wild temper,irresponsibility, selfishness, beatings made my mother happy,in addition to the fact( which I found out later) that she did not love him.My brothers and sisters got married and left home.I was the only one living with my parents.My mother’s key was still there, attached to her blouse with a safety pin.

(III)
That day , I was alone with my mother at home.I still remember the Padauk flowers in
front of our house. It was an indication that summer was near.Mother was looking out at the Paddauk tree. She asked me strangely,”How many years have passed since the Japanese occcupation and resistance movement ?”

Then she called out.”Come here son, I have something to show you.”
For the first time,I saw her use the key to open the box.Inside the box, underneath the
clothes,was a small lacquer box.Inside the lacquer box was a small silver cup,multicoloured
small little things,silver coins,old Japanese currency notes,then finally from underneath she
took out three old photos.

She showed me the first photo.There was a girl of ten and a woman in the photo.
”This is your grandma,mother’s mother.Her name is Daw Thawt.She is very beautiful.”
”And the other ?”
”That’s me, your mother.I was nine years old.”
It seemed to me that both were looking at the camera as if it were some mysterious object,
instead of posing for a photo.

”On the background,you can see the BOC workers’ quarters of Nyaung Hla.That’s where I lived throughout my childhood and youth.”
She showed me the second photo.There was a lady dressed in the style of yesterday’s,her chin resting on her hand.On the background was a painting of a front room.Although the lady was smiling,her smile lacked something.One could almost say she had no life.
”She is Mya Sein,my best friend.Like all best friends,we quarrel a lot, yet like all best friends  again we do everything for one another.On that day,we had to go to Yenangyaung to take our photos,without our parents knowing.When I returned home late, my father got angry and beat me.”
She stopped talking.I sensed that something was coming.I waited patiently.The scent of
Padauk flowers,the sign of pre -summer rains, all leading to something.At last it came.

It was a very old photo,even blurred at the corners.It was the photo of a man, not so
handsome but manly.

”He was my first love , Ko Ba Aye. He went out to fight the Japanese.Never came back.There were  three of them,Ko Ba Aye,Ko Kant Maung and Ko Paik Tin.After the war,I heard that Ko Paik Tin was in Yangon.That is all I heard of him.Ko Kant Maung came back to the village. But his brain was  damaged.He couldn’t say anything.But,Ko Ba Aye,
it is said , was killed in Thayet or in Pyinmanar.”
”So ,this photo,….,”
”Yes,of course,he gave me this photo before he went away.He took my photo, the one I took with my friend Mya Sein in Yenangyaung.He said he would treasure it to the end.The day we parted, we said farewell at Nyaung Hla port.I looked at the motor boat until it disappeared beyond the horizon.
”Does father know …..”
”No.Your father knows nothing about Ko Ba Aye or the photo.That is one secret I kept for myself.”
I still remember the scent of Padauk flowers in the air.Now,the reason why my mother did not love my father became very simple : that she loved another.
( IV )

Mother passed away last year.In spite of my father’s drunkenness,irresponsibility,selfishness,
there is one thing I can say in his favor, namely his deep respect for my mother’s secret.He never encroached upon her secret while she was  living.He still kept the lacquer box closed for one more year after her death.Then one day,my father opened the lacquer box for the first time in forty years. He looked at the photos one by one.
At last he said ,”I wonder who he is.”
” Mother’s first love.”I said .
”How do you know? ” he asked.
”She told me.” I answered simply.
Father put back the photos inside the box.
I could see that he was thinking.

At last he said, ”You are wrong not to have told me about the photos on the day your mother was buried.”

”Why,father ?What good would it do ?”
”Don’t you see ? I would have buried these photos with your mother. Imagine how happy she will be to be reconciled with her mother,her friend and most important of all , she and her first love would have lived happily ever after in the next life.”

I could see from the expression of his face that he was not drunk, not this time.He was talking very seriously.

For my part, I could not control my tears.