Introducing ‘A Memory of My Grandparents’ by Junior Win

My book, ‘A Memory of My Grandparents’ appeared on 1st May of 2015 – the same date of the 100th anniversary of my grandmother, Khin Myo Chit – writer of Colourful Burma. It was a very happy and exciting coincidence that it appeared on my grandma’s 100th birthday! 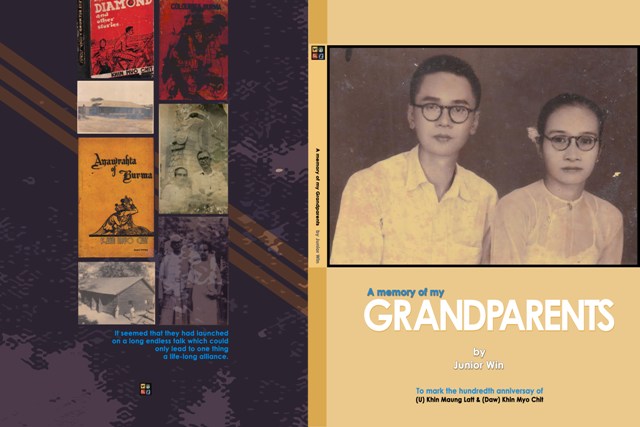 (“A Memory of My Grandparents” appeared on 1st May of 2015.)
History
I wrote this book to mark the hundredth anniversary of my grandparents – U Khin Maung Latt, and (Daw) Khin Myo Chit. However I planned this book to appear on the April, and introduce the book on the 9th May of 2015, I met unexpected and unseen problems that delay my book as Mr. Fogges met a thousand obstacles in Round The World in Eighty Days.

As Luckily as Mr. Fogges arrived in time to his final destination twenty-four hours ahead of time; my book now appeared on 1st May of 2015 on my grandma’s 100th birthday.
As for me, look at the book with my both hands seemed a dream. There are 7 Parts, and each Part contains 6 or 7 chapters.
All the photos and information came from my mother who is the special collector of old memories. My father recalled his old memories to me, and they are valuable for my writing. I asked my brother for some drawings, which are useful for the book. I gathered all the information as much as I could have, and messaged the short notes of their yearly life. I wanted to write them all, and did not want to miss a bit of their long eventful life.
Although it was difficult for me to dig out their old memories before I was born, by the help and encouragement of my family I felt never lonely, or I was not a lonesome writer during my writing. When I reached the Third Part of the book, we twins were born in this part; I could imagine and remember their love and regards to us. These memoirs gave me more helpful, and sometimes feel sad to see their poor olden days. 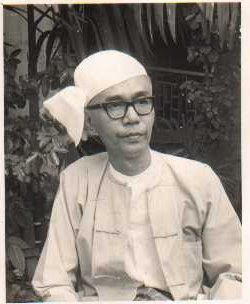 (Grandpa chose his life as a teacher.) 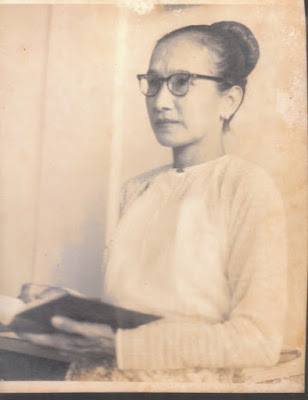 (Grandma chose her life as a writer.)
Review
The first part contains their childhood, their early life, their meeting, and their wartime experience, and grandma meeting H.G. Wells at Rangoon University with other Burmese young writers. To know their olden days, I reread my grandma’s pieces of ‘Quest for Peace’ in their 1960s Guardians, and Working People’s Daily newspapers. I tried to learn my grandma’s heart at that time she wrote. I recalled my memories back to grandpa’s words as his childhood memoirs. I was going to meet General Tin Oo who was at that time (1945) a soldier in the army while my grandma served as Staff Officer to General Aung San. I listened carefully what he related to me the story about grandma the way he had seen as it happened yesterday. I also met Daw Than Khin whose mother gave a shelter to grandpa, grandma, and their son at their house during difficult wartime. Their family still lived at Thandatar street, and we are still closed friends more than relatives. She passed away a month ago at the age of 92. I included this Part their education, and introduced grandma’s first English book, ‘Three Years Under The Japs.’ and their family life with their only son.I was deeply sad when I wrote about their poor life in wartime Burma, and worked with politicians during the Burmese historical events. 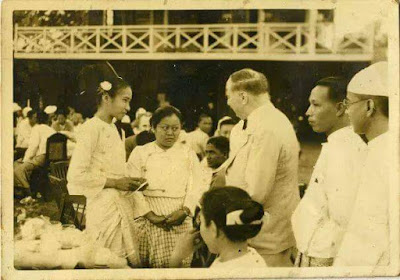 I opened Second Part their life in the Peaceful Villa, called ‘Aye-Yeik-Thar’ house. It was a very well-known place especially for Burmese readers and book lovers. It became well-known because there, writers, poets, and even politicians spent their time together free and happy. Some writers including my grandmother portrayed Aye-Yeik-Thar, how happy and enjoy life they had met in this peaceful villa. I only have an old photo of Aye-Yeik-Thar (wooden, and flat) house. The photo was very old, but full of spirit, and alive. I also added the story of Writers’ Theatre, played by Burmese writers. Some rehearsals (1950) were held at Aye-Yeik-Thar house. I wrote more about their contemporaries, and their life of literary and teaching life. 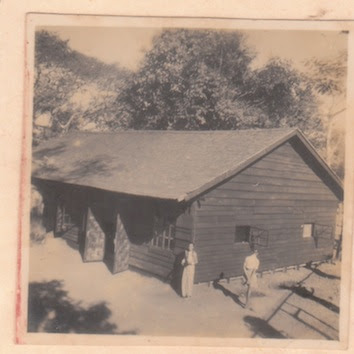 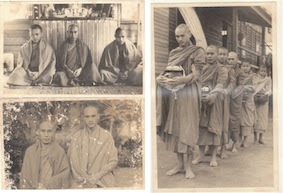 (Sayadaw U Vinaya resided at Pyay-Yeik-Thar house for 12 years.)

I began Third Part their long eventful life. We twins were born in this part, and my grandparents chose their life peace and quiet, decided to quit from complex, and difficult life at the Working  People’s Daily, and say goodbye to their politician-friends. Although grandpa was offered the post of Embassador, he preferred working as a teacher, and stayed with his family happy, and ideal life. Spending their life with their son, daughter-in-law, and their twins grandchildren – a boy and a girl, and they published the family magazine called ‘Pyaw-Taw-Zet’ with the help of their friends –writers, journalists, and artists. But the magazine ended tragically because of some unseen problem.
The Part Four includes their writer life, and teacher life mixed with joy and woe as the life goes. Here I mentioned some non-Burmese writers, namely Richard Armour and Peter Townsend who were my grandma’s friends. Their handwritings I added there which were found in my grandma’s old desk. I also added grandma’s non-Burmese friends who frequently came and visited Pyay-Yeik-Thar house, and shared their research, and enjoyed their talk with my grandma. Their life in 1984, the awards they received for their ‘Patriotic Work’, what I wrote was why she valued this. 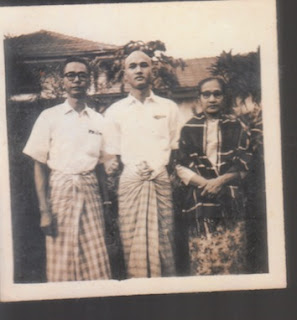 In Part Five, our Burmese traditional festival called Harvest festival held in every year in Pyay-Yeik-Thar garden for almost 13 years until 1996 in which I showed many more colourful photos. This Part introduced the reader with my grandma’s younger brother – U Thein Aung – who was communist, and went underground during wartime, and was coming back, and stayed with us in 1991 until he passed away. I still remembered when I met him for the first time at our house; he was an old weak man but his eyes were as sharp as my grandma, looked so friendly. He showed his old photos when he was in Russia, and China. He gave me a cute doll, and a Lenin-statue-paperweight for my brother. He brought his panting too. 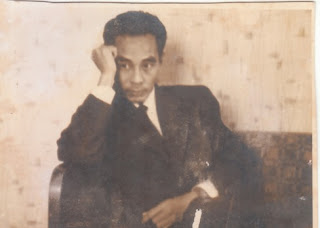 The last part called Part Five includes their life still going with adventure and excitement. As the country goes changing, their life still goes seemed never ending. Start from the First Part since I have been writing, I have never felt like before while I was reaching the final part. I knew their ending was coming soon. I have to write their final part with my heart sad. As I planned what I was going to write, I wrote what I felt, I dreamt what I thought.
Conclusion
The book completed their Literary Life, their Political Life, their Family Life, and their work and the historical and political background of Burma with hundreds of photos I have used. I have done my hard and tough work with my heart and soul by the help and encouragement of my parents, and my twin brother. I believed I completed it by the helpful hands of my grandparents who are now in heaven. I, their stupid granddaughter, I know with their love, and care, this book successfully comes out. 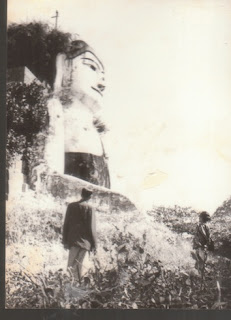 (I believed they both meet in heaven, and their love and regards still warm and tender to us.)
Information for book;
If one who comes to interest my book, or to order, can contact my brother’s email address as maungyit@gmail.com, or moemaka.org@gmail.com, or his phone number as Maung Yit  @ Phone – 0925-4200-606  on  his web; www.colorful-people.blogspot.com or www.colorfulpeople.moemaka.net
Or one can order online here;
http://myanmarbookshop.com/EnglishBooks/BookDetails/35741