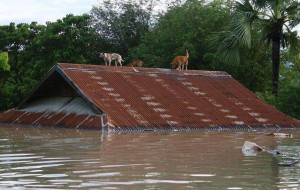 However pointed out the failures of dams from scientific view or environmental point of view, the more the dams, the more the plan increase of dams in Burma. I learnt that there are almost 200 large dams in Burma have a large hydroelectric power potential of 39,000 megawatts. The total electricity generated by Burma in 2002 was about 6,000 gigawatt-hour, and Burma’s hydropower development activities and plans include five-year short term and a 30-year strategic plan. It seemed that it would never stop until the large catastrophic of dams caused in Burma.

Our kind-hearted Burma, although our country was undeveloped, and used to call as poor country, this electricity involved exporting to neighboring countries, especially China, Thailand and India. So, we would have to say ‘Well done’ for our generous contribution for the plan of hydro power development in Burma is more than 14,000 MW.

Moreover the twelve large planned hydroelectric dams larger than 1,000 MW get much media attention, and there are at least another twelve in the 100 – 1000 MW range and at least 27 smaller microhydro projects smaller than 100MW. So it seemed that we would be proud for great success in hydroelectric generating power in our country although the country was called undeveloped. Increasing hydro projects along the rivers of Burma such as Maykha, Maylika, and Irrawaddy, etc looked like cancer cells growth, and eat away our beautiful branches of brooks and streams.

In the year of 2015, the season of heavy rain, and storms, caused tremendous flooding in most of the area of Burma especially in the region near dams. People all over Burma especially in poor towns hope to see electricity, but they only get flooding, and met environmental damages from the effect of dams.

Because of extreme rainfall during July and August of this year, people all over Burma, met tremendous flooding and loss their homes, and properties. High floods can delay traffic in areas, and roadways. People near dams suffered water flows from the flooded dams, and some are afraid of water way broke from the dam. They all are anxious for the dam failures, which was added to their worries.

I often read news reported from all over the world about worst flood, destroyed lands, houses, farming, bridges, and because of extreme rainfall which beyond the planned design capability of the dam, million of people lost their homes because of worst dam failure, and because of heavy rainfall and flooding that over-topped the dam destroyed the whole town near it, etc………I never thought that an enormous dose of it would be our share one day.
Save our beautiful land of Burma!