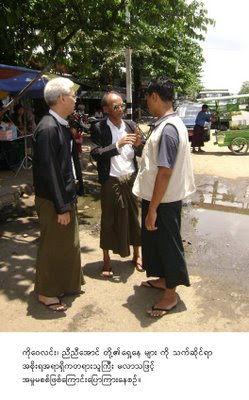 Not only today’s trial was processed behind closed door, baring diplomats and reporters from entering the court room, but also the lawyers representing Daw Suu and her colleges were told to leave the court house back door at the end of the day so that U Win Tin and Burmese public were seen waiting all afternoon under the summer heat until 5 pm gazing at the front gate of restricted Insein Prison compound. However some helpful Burmese volunteered themselves finding some food and water to share among the tired crowds. 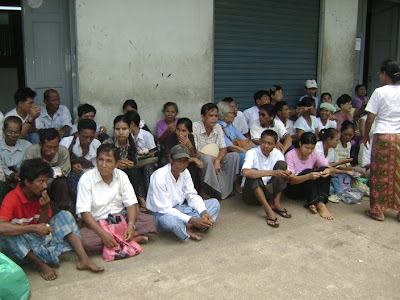 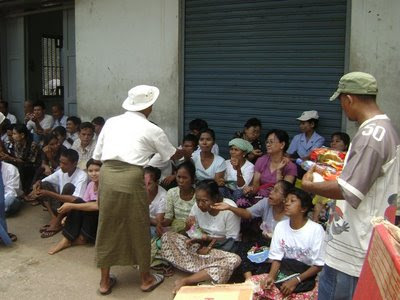 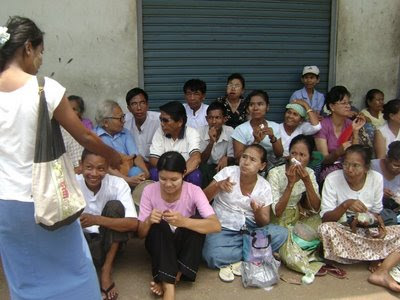 NLD issued statement no. 10/05/09 mentioning that on the day of 20th May, while the diplomats were allowed to visit the trial precession inside Insein Prison for one hour, their opposition leader was not permitted to greet the respectable diplomats so that she had told her Party to tell them asking their understanding. 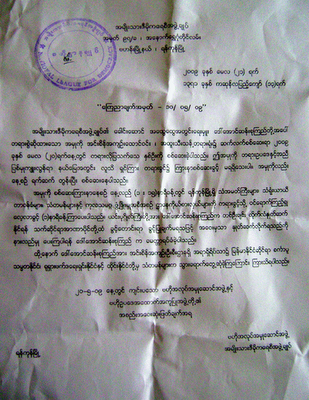 The Burmese Junta had forbid any reporters or newspersons from reporting the scene near Inside Prison since the day one, tightening security with uniform armed police and also with undercover security people.  It was reported yesterday that they were confiscating cameras; mobile-phone and digital recorders from any ordinary people who seemed to be acting like volunteer independent reporters. They also threatened the Burmese people around the area not to report anything to the press.

Irrawaddy News Group based in Thailand received some records of court processions of trial on Daw Suu yesterday and they had posted it online. It could be downloaded either from here or from this public free domain here.