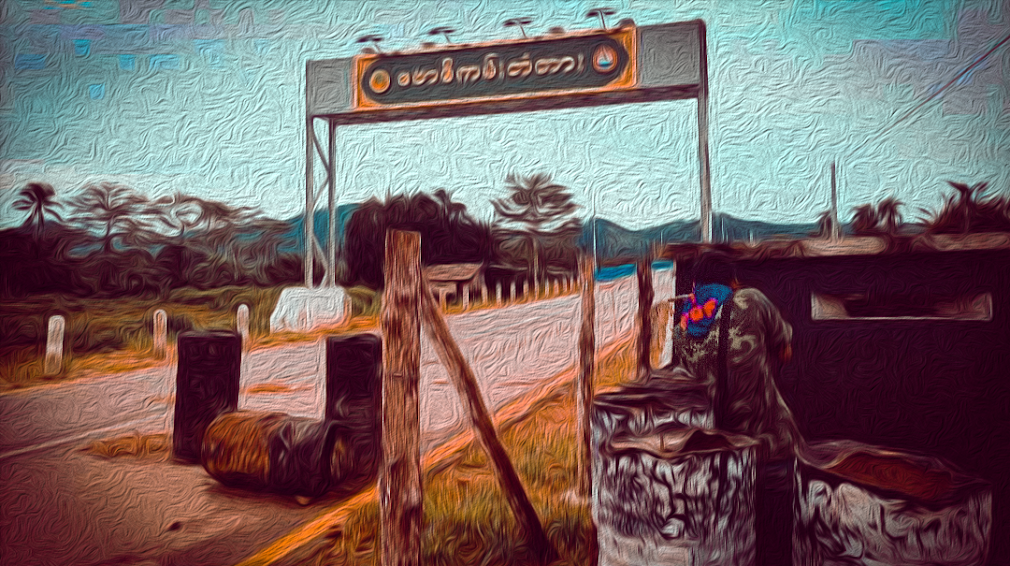 The Battles in Karen State; Robberies that are happening every day in cities

According to the report, a discussion led by KNU was held in a village in Hlaingbwe Township in the past few days to reach a common agreement among the Karen armed organizations in Karen State. In addition to KNU, Mann Aung Pyi Soe, a leader of the Karen political party, and some influential Karen Sayadaw in the community also participated.

The head of the Karen State Border Guard Force, under the control of the military council, also attended, as did the KNU/KNLA (PC) Htoekawkoe group, which is negotiating peace with the military council. It is believed that the purpose of this discussion was to prevent attacks among the Karen armed forces in Karen State and to discuss the issues of regional stability and self-determination for the Karen people.

In Kachin State, the Kachin Christian religious leaders, known as the KBC, have influence over the local community, have a close relationship with the armed force, KIA, to a degree of influence, and intervene in matters such as the political armed conflict in Kachin State. However, in Karen State, rather than religious organizations, there are already communication channels between armed organizations through which they can meet and discuss on occasion, which is a positive situation.

In the past few days, KNU has attacked and captured about three military council camps in Nyaunglebin District, in the area of KNU’s 3rd Brigade. It is said in the news that there were casualties and some military equipment was seized.

There are KNU military activities along the Karen State, from Hpapun, Kyaikto, Bilin and Thaton to Hpa-An, Kawkareik, Myawaddy and Payathonzu. It is also in a situation that can affect the Thai-Myanmar border trade route from time to time.

While the military council is trying to control the armed conflicts that are going on in Rakhine State, Sagaing Division, Kayah State and Kachin State, it is in a situation where it has to try desperately to control the armed conflicts that are going on here and there in Karen State. It is an important question as to how much longer the military council can maintain this situation because it has opened war fronts in five states and divisions simultaneously and, at the same time, the damage and casualties are increasing day by day. On the side of the armed forces, opposing the military council, they have to try to meet the difficulties of collecting weapons, ammunition and money, and the military council’s side will have challenges such as the country’s resources, taxes, the purchase of weapons and manpower recruitment.

Among the crimes that occurred within these days were the incident involving a robbery with a gun at a foreign currency exchange counter in Mingala Taungnyunt Township, the news that a snack vendor was robbed at knifepoint in South Okkalapa Township, and the incident of phone robbery by stabbing with a knife where people were returning to work at night near the intersection of 7th/8th Street where buses run in North Dagon Township. As such incidents are taking place elsewhere in Yangon every day, people have to go out with great care. It is true that nighttime is more dangerous, but even in the daytime, robberies of phones, necklaces or other belongings by stabbing with knives in low-traffic areas are becoming a usual occurrence. Car accessories stolen from parked cars on the street or in neighborhoods are also common at night. No one reports these to the police anymore, and it is in a position where people are trying to avoid such incidents happening on their own.

How to solve robberies, murders, and thefts in the cities is not a matter that can be done individually. There are also doubts that the military council, which took control over the administration, has allowed the situation to worsen without taking urgent measures to suppress such matters, which are not as important as political defiance.