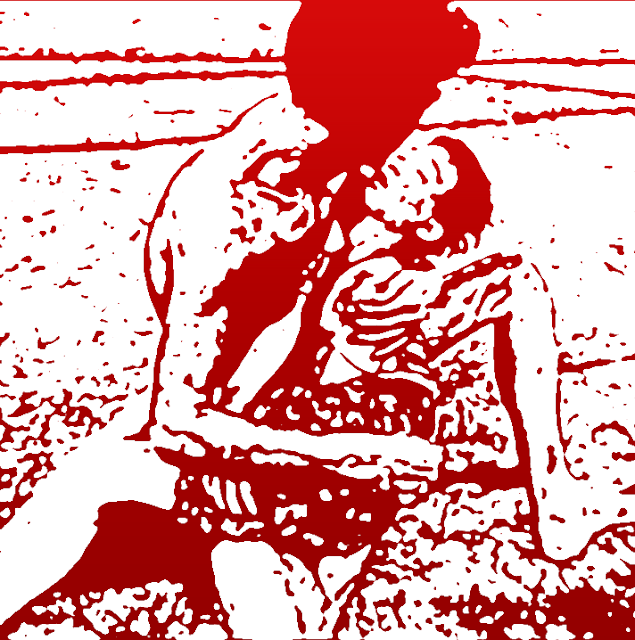 Since about 2 weeks after the military coup, the protests had been cracked down with tear gas and sound bombs and the protesters were beaten with batons, arrested and shot. In late February and March, we were traumatized by seeing people die from being shot by real bullets. We were hurt when we saw the protesters being shot and arrested on YouTube and on Facebook. When I think back on those days, I feel hurt because I didn’t expect it to happen that much.

Now, the deaths of those fighting with weapons, the deaths of unarmed civilians, the deaths after being captured, and the deaths due to assassinations have become a part of everyday life. Compared to myself and by observing those around me, I noticed that we have developed signs of becoming less emotional than that time.

It may be that my mind has become violent. I feel like it is not strange that a person lost his life, and the knowledge that I can lose my life at any time is becoming more and more deepened in my mind. I am aware that the thought of whether I may be alive or not for the next 5 or 10 years often appears.

As soon as the morning dawned, on the news, we read the news of which cities and villages were hit with weapons, the news of mine explosions, the news of arrests and killings under the heading of interrogation (actually not interrogation, but retaliatory killings because of on the suspicion on being members of political and military opposition group) which were written in the news as “Lost lives during interrogation, that the family was informed to come and exhume the body,” and the news of the frequently heard topic that a person was killed by an unknown gunman while sitting at a tea shop. These kinds of news about deaths and killings make people think that they also might be the victim where the explosions will take place while going out, where the shootings will take place and when they might be arrested and beaten to death by the military council anytime like others. And I understand that it may be impossible for people to completely remove these thoughts from their heads.

Living at a bad era, I have to think that I may lose my life at any time, whether I am targeted or not.

One of our family members may encounter bad fortune at any time. Because we live in a city where there is no arm conflict yet, it is true that there is much less danger than in villages where armed conflicts, arson attacks and air raids are taking place. A feeling of sympathy arises when I think about their situation. What can I do to help is the follow-up questions, and in reality, I can’t prevent the situation of such killings. When I see and read about their events on the news, I feel pain deep in my heart. With a heavy mind, I repeatedly sigh when I read about the deaths and situations where there is no food to eat and no medicine to treat.

Not only does the news of political conflicts and assassinations affect people’s minds, but there is also the news of crimes, robberies and murders happening in different places every day. As it becomes less and less possible to prevent crimes and arrest culprits after they have committed them, the public’s thought that they may also encounter these incidents is gradually rising.

Crimes are no longer dependent on the amount of money involved, and we see that they are making easy targets. There was an incident in Myitkyina where a scavenger was stabbed to death for about 20,000 Kyats. Also in Pyinmana, there was an incident where a snack vendor was robbed and killed for 10,000 to 20,000 Kyats. In Yangon, there are robberies and murders committed during the day in the suburbs of the city, and there is a possibility of robberies and murders occurring at night in places such as the city center.

It is not uncommon to hear of people being robbed and murdered in towns and cities, and with the knowledge that crime can happen anywhere and at any time, no one is safe. And the knowledge that I may also face it, often comes to mind.

The feeling of insecurity, the feeling of not being able to predict what is going to happen to oneself, makes some people feel depressed, while others develop a feeling of retribution, and a feeling which makes them satisfied to encourage revenge killing. We see a lot on social media encouraging people to kill, assassinate and torture to feel like satisfying. People are more eager to gain the upper hand on violent killings, which is something that shouldn’t be done, rather than to prevent it from happening.

People started encouraging revenge killings because they no longer believed in the law and, following the wild practice, in order to defeat the powerful, they have directed towards the path of making themselves powerful. Under these conditions, it is becoming more and more rare to protect, sympathize with and help women, children, immature youths, the elderly, disabled people and mentally ill persons. And also, to be more preventive and more considerate not to get involved in a conflict become rare. The people measure and distinguish each other only by the view of being on your side or on other side.