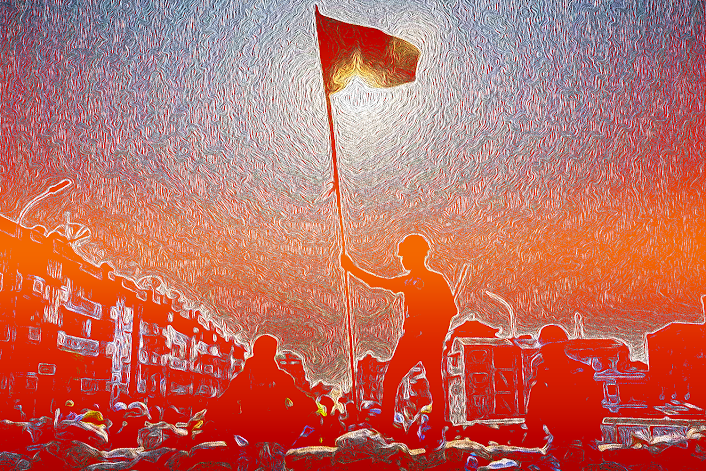 A few months after the military coup at the beginning of last year, the National Unity Government (NUG), which is based in Thailand Myanmar border area, was established. Soon after that, the armed force of the NUG called PDF (People Defense Force) was formed. The PDF was formed in May 2021, and on September 7th of that year, Duwa Lashi La, the Acting President of the NUG government, declared a state of emergency to overthrow the military council and conduct the ‘armed Resistance’ (most called as D-Day).

Today is exactly one year since D-day was announced, and it is time to review how far the political and military goals have been achieved, and what were gained and lost for the people, NUG and the country. Everyone will understand that the political journey is not over yet. However, I think there will be differences in views and evaluations on how long and how far till the victory.

As a result of these wars; the loss of human lives, the destruction of communities, the burning of villages, and the inability to work in agriculture and livestock-husbandry and trading, there is a possibility that we may face food shortages and famine in the near future.

After the NUG chose the path of armed struggle, those with experience would have expected that the struggle to overthrow the military council would last for a period of months or years. As experienced politicians, it is necessary to prepare for such a period of time, and the public should not be persuaded by encouraging words as if they will win today or tomorrow.

It will be necessary to inform the public that overthrowing the military dictatorship may be a long-term struggle and prepare long-term methods.

It’s encouraging to see this kind of campaigning that an outcome will be made within a year, but if it still hasn’t been completely eliminated after another year, the public may think that the political leaders have deceived them. If that doesn’t happen, it will be a sign of poor leadership of leaders who believed that they would actually win.

As politicians, it is better to honestly inform and organize the public to face reality, by finishing what they promised, rather than eloquently and cheerfully speaking what public like.