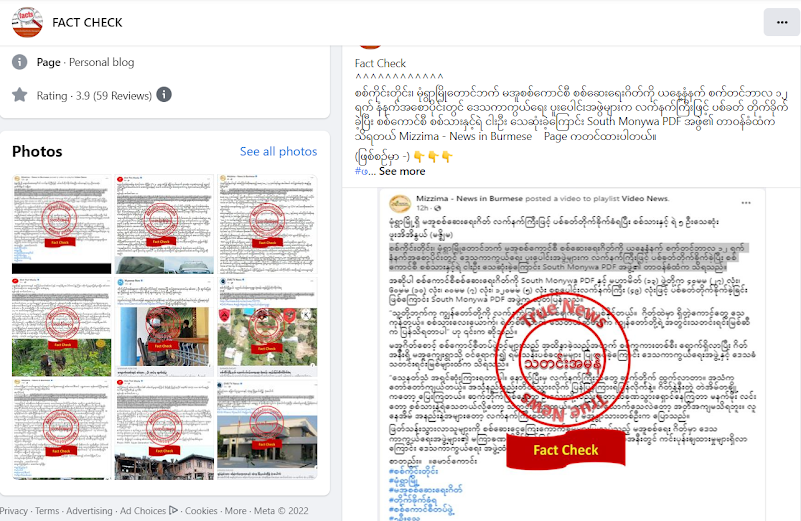 From 2016 to 2020, Donald Trump, who was elected and held the position of President of the United States, has been criticizing some famous media outlets throughout his term, easily calling the statements and criticisms of the news that do not speak well of him as fake news. At the White House press conference, we saw an ugly incident where a White House staff member grabbed the microphone from the reporter’s hand for disobeying the prohibition to stop asking questions, but the reporter did not give it. For this reason, access to White House information was withdrawn.

In particular, during his lifetime, he used the word “Fake News” several times and responded to the reports of the news media. Although Trump might not clearly understand the meaning of ‘Fake News’, he used it widely in the propaganda battle to confuse the audience and mislead the criticisms of the other side.

“Fake news” has been in various forms throughout the ages, but in the age of the internet and social media, in other words, in an era where people of same ideology can join force using communication technology compared with the word ‘beehive feeling’ used in literature and art, and in an era where not only true news but also fake news reach the world within seconds and minutes, the manufactured fake news has far more impact than previous eras.

In the last decade, there have been professionals working on policy making and planning in various fields, such as the educational field and news media field about clarifications on the nature of fake news, the nature of relations of fake news and the internet, fake news and social media, fake news and the conventional news media community, impact response education, tactics and so on. However, under President Trump, he misused the word “Fake news” and attacked news media that he disagreed with, thereby diminishing the seriousness of the word “Fake news”. In other words, fake news was used as a propaganda tool.

Now in Myanmar too, the military council is trying to mislead news reports that they displeased as fake news. Last week, a member of Myanmar Press Council (MPC), U Aye Chan, spread propaganda at a media conference under the title of Media Challenges in Timor-Leste and Southeast Asia, (annual Dili Dialogue Forum) held in Dili, East Timor, that the problem of freedom of the press in Myanmar was caused by fake news.  He was covering up the main underlying problems of the country and accused  that due to fake news, people did not understand the real situation in Myanmar, misunderstood the problem and so, the problem was growing.

By looking at this incident, all the damaging news coverage that discredits them is alleged as fake news and this is seen as an attempt to try covering up the actual incident and information.

Fake news is being used for political gain rather than academic explanation and education. And then, the original meaning and academic interpretation of the word ‘Fake News’ has become obscured, and it is becoming like a weapon of the propaganda battle.

Just like fake news, a word related to this topic, ‘Fact-Check’, has been used recent years in connection with the news media and mass communication.

Fact-checking is the work of verifying the content of news media or social media platforms in a correct and incorrect manner, and then informing it to the public.

Although the word “Fact-Check” was unnecessary in the era of conventional communication technologies, when the internet and IT technology have become accessible to everyone and social media platforms became widespread, the issue of verification becomes important for news media, websites and pages in the name of news agencies and the news presented by Twitter posts.

It is necessary to verify the information, photos and video clips reported in the news. It is needed to confirm with relevant local person and organization and also, by checking with IT technology and internet information to expose fabricated news.

This process is called ‘Fact-Check’. In just over a decade since the term appeared, we have now seen many misuses of the word ‘Fact-Check’.

It is no longer able to believe even if it means ‘Fact-Check’. It is reaching to an era in which propaganda organizations, calling themselves Fact-Check group, are making counter-propaganda activities to the news and statements by organizations with different policy and purpose to trick the audience.

Similarly, ‘Fact-Check’ is being used for political gain as well as economic gain and there are more and more acts of deceiving the public and the audience. After that, there is a danger that the word ‘Fact-Check’ will be taken away from its original meaning and the public will regard it as a tool in the propaganda battle.