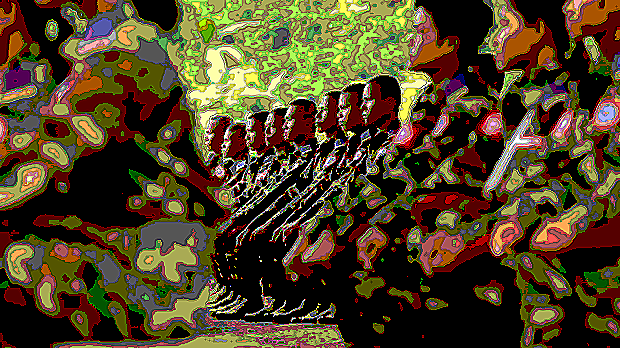 It was announced on September 10 that members of the AA had taken over a military council camp in Maungdaw Township, which borders Rakhine State and Bangladesh. According to the press release, many soldiers of the military council were killed and some were captured as prisoners along with their weapons and ammunition in the capture of light-infantry regiment (khamaya) 352’s camp.

About 10 days ago, the AA group also seized a border guard police station called the 40 Mile Station, and the military council said that 19 border guard police were killed and one was captured wounded. In the past few days, there were reports that the military council used air raids to retake the 40-mile camp and there were also reports that the Ministry of Foreign Affairs of Bangladesh summoned the Myanmar Ambassador to Bangladesh several times and condemned the incidents of artillery and ammunition falling and planes crossing into the border of their country.

There are signs that AA groups are trying to gain a foothold along the border with Bangladesh, which borders Rakhine State, and it is not known exactly what the purpose of trying to seize such bases is. It is not clear whether AA is aiming to gain a politically important position if it is able to acquire bases on the border of neighboring Bangladesh, which has a sour relationship with the Myanmar military council, or whether it is aiming to gain a position where it can manage and control border trade economically.

Although there were no major clashes between the AA and the military council until several months after the coup, the fighting and  arrests started since the end of last year, when the military council started to respond to AA’s shadow administration and judiciary. Now, it appears that the next step up to battle to seize bases.

While the military council is facing armed attacks in no less than 5 states and regions and the military forces are being used to provide security in the cities on the other side, the battles in the western border region of Rakhine has widened. The military council seems to want to show that they are able to attack the rest of the region at the same time as it is attacking ethnic armed forces and local PDFs in middle of Myanmar. AA, which has rapidly grown in weapons and manpower in the past 5 years, may also see this time when the military council is surrounded by enemies as an opportunity for them.

In other news for today, it is the news that armed groups joined by KNU and PDF have arrested a car carrying weapons from the military council on the Myawaddy-Wale road and confiscated the arms. An officer with the rank of captain and some corporals were captured as prisoners. According to the news photo of the arrest, it seems that they surrendered and were arrested without a major fight.

There were many casualties on both sides in the battles that tried to take over the Ukritta camp based on the military council, and it will be concluded that although it is not a big military base, it was an important battle in terms of politics and morale.

In the decision-making face of international relations, the NUG government’s ministers and representatives are developing their relations with the western countries, and Myanmar military leaders are constantly in and out of relations with China, Russia and its allies. As for ASEAN and India, there are relations with both sides, and there is a kind of careful and favored relationship with military dictators. Since September, we have been waiting to see whether the NUG side or the junta side will be decided as the UN representative.

The people of Myanmar are holding demonstrations in support of U Kyaw Moe Tun, a UN representative from the NUG side. On the other hand, people continue to contribute money to the delivery of military weapons and supplies to the NUG’s defense battalions and the local PDF groups, and they are still showing no signs of slowing down.