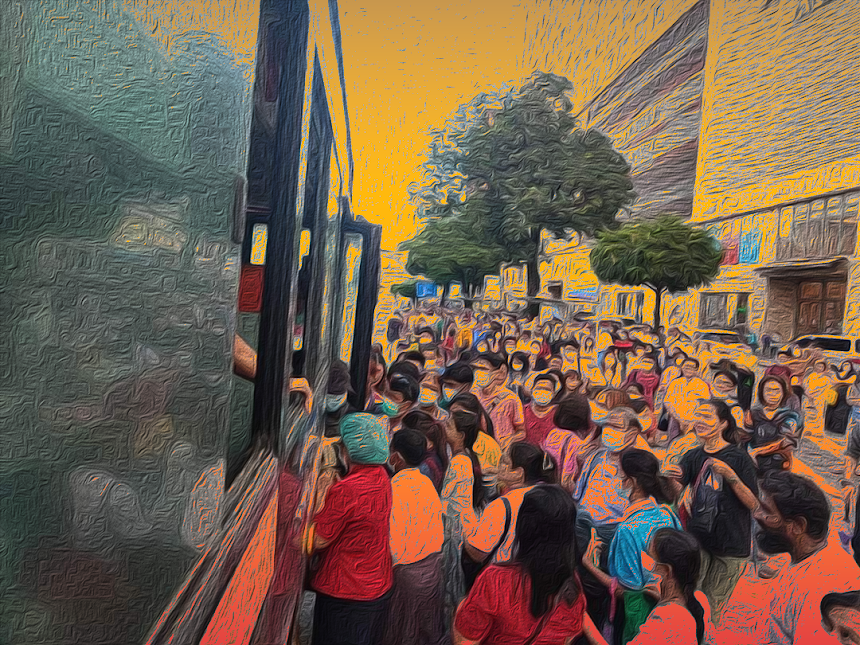 Trouble in the city and in the countryside. Civil war and economic crisis

During these days, the implications of liquid petroleum gas shortage and inability to buy household liquid gas due to rises of price. A few days after that, buses and taxis that use CNG have to line up in long queue at the gas stations since there’s not enough gas provided at the stations. This leads to the reduction in the numbers of vehicles for transport and causes problems for those who commute to and from works and homes.

Before this shortage of liquid natural gas and CNG, we were unable to buy petrol and diesel oil at every station and a continuous rise in prices had been experienced in recent weeks. To simply state that order by Regime to licensed banks to convert all foreign currency into Myanmar Kyats and then enforced restrictions, regulations and controls over the permit of companies to buy foreign currency, have the consequences of shortage and rises in commodity prices of liquid natural gas, pharmaceutical products and fuel etc.

The Global Economic Monitor’s report on Myanmar economy stated that the GDP of the Myanmar Economy is estimated to be 18% contraction and by looking at the current deteriorating situation, it has been in the same direction as the estimation. The economic crisis is due to the political crisis within the country and also, the consequences of rises in commodity prices and oil prices in the world, the Covid-19 disaster and the Ukraine-Russia war, are like pouring gas on the flame to the crisis  faced by Myanmar. Even in some countries that do not face a domestic political crisis like Myanmar, are suffering the consequences of the above international inflation, rises in fuel prices and commodity prices, it is not surprising for a country like Myanmar with so many factors, is facing worse situation than others.

For people living in large cities, although there is the possibility of experiencing bomb blasts, shootings and arrests, they are still going out and working to earn a living every day. Crimes such as killing to rob jewelry and other valuable items are increasing and this can be seen by looking at the news reported daily. The occurrence of robbery in one place or another can be seen in cities like Yangon, Mandalay, Monywa and Myitkyina almost every day. The main reasons are the spread of smaller weapons to rural and urban areas and an obvious decline in the rule of law and the economic crisis could also be a contributing factor.

While people in cities are at risk of being robbed and killed, people in rural areas where armed battles have occurred, are suffering a situation 10 times worse than in cities. Most rural people in various regions of Myanmar have been experiencing risks of being arrested and killed on the accusations of being members  or supporters of revolutionary forces. And also their houses were being set on fire which were built after saving for many years. All the assets and properties were being burnt together with their houses and some of them  lost their family members in the fire.

For rural people who work in agriculture for a living, they cannot do farming because the area is not safe. And also collected rice, beans and food saved were burnt or destroyed or looted while fleeing from the villages. It could be said  a situation where they have to start their lives from zero setting all over again.

The people who were facing this situation were not just one person, but almost all the villages and townships, so it is a difficult situation to help each other too as they were on the same boat. Due to military tension along the transport routes and the limited access to help, no organization can help those or send aids in the midst of military conflict.

It is not easy to get enough attention and help from the world for Myanmar’s political crisis and humanitarian aid and needs. Organizations like the United Nations have been issuing statements on how much humanitarian aid is needed for Myanmar, but there is no active and enough response or action by themselves. At a time when the world is facing other pressing problems that need to be focused on, the Myanmar crisis seems to be positioned last.

It is important to stimulate and practice the customs or habits of helping, sharing with each other within own community while there’s no outside help coming. And political leaders could raise and encourage own people to start charity begins at home in the mean time. Whenever there are political implications, there is an impact on the market, and commodity prices suddenly rise, so political leadership is important in maintaining the situation and urge the people to support each other. Although, “The market reacts according to the market concept”, the public shouldn’t respond more than necessary when the market reacts, without taking advantage over the implications of the market and having the attitude of helping and sharing each other.