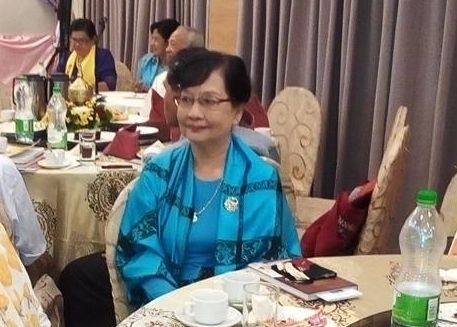 SOMETIMES I LOSE, SOMETIMES SHE WINS by Kyu Kyu Thin

The ping pong ball is jumping to and fro across the net.Tick tock,tick tock.The clapping and cheering sound sometimes overwhelm the sound of tick tock.

Khet Khet beat the ping pong ball with all her might.The ball went over the net and fell on the other side of the table like an arrow and bounced back.Soe Soe returned the ball and landed on Khet Khet’s side again.Khet Khet could do nothing.The audience cheered and clapped.The announccer said,”Two , three ”

The contest continued.Both were very tired. Both tried their best to find the weak points in the opponent and take advantage of them.Their sports shirts were all wet with sweat.

May Khin Thet was among the audience.She came to support her niece, Khet Khet, daughter of her elder sister.She was thinking , what’s a game of table tennis,as the name suggests,but a game of tennis played across the table instead of on the ground? But watching the game, she thought again,who would have thought that the game

involves so much skill and hardiness? But,in reality she has no interest in any kind of sports

The swimming instructor Ko Ko was brown, stout bodied,sweet faced.In short ,all the qualities that girls love,especially May Khin Thet.

”He’s the only son.” says someone.

”He’s in the final year Engineering.”says another.

”His father owns an Oil Company.” remarked another.

Soon,May Khin Thet became a regular trainee in Ko Ko’s swimming class.She went there driving her own volkswagon.Soon,one could see Ko Ko in her volkswagon.Ko Ko was the most favoured of her boy friends.

”Well,how are your swimming lessons?Are they progressing well as expected?”teased her eldest sister Ma Ma Gyi,who was at that time pregnant with Khet Khet.

”Not only are the swimming lessons going well, but also have caught a big fish as well.” she

”Are you sure of that?”asked Ma Ma Gyi.

”More than that.” she answered.

As for May Khin Thet,she is the daughter of rich parents and is also very beautiful.That is why during her college days,not one day passed without receiving a love letter from her admirers. There are also suitors who come to her house. Because of that she was so sure of herself.

”But” said Ma Ma Gyi, ”Your Ko Ko cannot be left alone,you know.Only the day before, he was at Kyi Pyar’s.”

May thought , Saturday.., that was the day Ko Ko left early.He said he had somewhere to go.Now….look.Kyi Pyar, of all the people.May Khin was disturbed,to say the least.Her feelings cannot even be expressed properly in words.Kyi Pyar is truly pretty.No one can blame any man for falling for such a girl.Ko Ko is like a butterfly caught by a flower.After all,was not May Khin too like a flower trying to catch a butterfly ?

Kyi Pyar,with her looks and other qualities, could catch any butterfly she chooses. But why Ko Ko?Ko Ko ,on the other hand could have temporary flings as Kyi Pyar one of them.But , getting serious, surely no !

”When are you getting married,May Thet ?” asked Ma Ma Gyi.

May Khin Thet could understand very well the workings of her elder sister Ma Ma Gyi,who had one of those things called parent arranged marriages.How unromantic .So Ma Ma Gyi could not know what it means to fall in love , to be wooed and won by the man of your dreams. Ma Ma Gyi never finished her education,for getting married was more important than education.That,at least May Khin agreed.If she was to marry Ko Ko ,finishing her education matters little.Ma Ma Gyi was thinking that May Khin too could have a parent arranged, unromantic,marriage when the time comes.

Ma Ma Gyi said,”Now,don’t waste too much time.Education is not that important.I’m sure our parents will agree..”

Oh,Ma Ma Gyi ,thought May Khin Thet, you don’t know anything, do you?Things don’t work out like the way you think.Ko Ko has not even proposed to me yet.Under these conditions,how can one think of marriage?However modern she may be,how can she……

But on the other hand,she has been giving hints to Ko Ko,with words like,”You know why I call you Ko Ko?It’s not that you are five years senior,you know,but because I like the sound of Ko Ko,it’s the way I like to call you always.”

”Ko Ko please phone me every night before going to sleep.Only then will I be able to sleep well.”

”I now know how to swim very well,yet I continue with the lessons,you know why?Because I just want to be near you.”

The sound of applause brought May Khin Thet back to the present.The ball was now back in Khet Khet’s hand.She held the ball,let go and then hit it with the bat.The timing was good,but not good enough.It would have been a good shot if only it landed in the area opposite. But it ran into the net and bounced back.

May Khin understood that Soe Soe had won. But she was a bit puzzled about the way points were evaluated.

”You were too much excited.”remarked someone.

May Khin nodded.So far so good.

”But can you enlighten me on the final evaluation?” asked May Khin Thet.

”What is it that you don’t understand, aunty?”

”It’s like this.It was your turn to serve.But the ball ran into the net and did not reach the other side. It’s understandable that you lost your chance to gain a point. But why does Soe Soe have to gain the winning point ?”

”That’s the rule of the game, aunty.”

”So the rule is that your weakness not only makes you lose the chance to gain a point but also makes your opponent gain a point.”

”Yes, since it works both ways.The opponent’s weakness also makes me gain a point.”

”Since you explain like this,I guess it’s fair after all.”

May Khin Thet was thinking,the rule may be applied to her own situation.

She used to say to Ko Ko,”You know,Kyi Pyar’s life is not as plain sailing as she makes out.Her elder sister Khin Thi Dar is a scheming woman.Only last year,Khin Thi Dar was engaged to a doctor who later withdrew the engagement because he found out about the family. After their father died,everything was controlled by the step mother.Everything you see on the surface is just a sham.Even their house is not theirs . It’s already pawned.That’s what mother says.”

Ko Ko listened to her words attentively without any remarks.But not long after Ko Ko graduated from the engineering institute,he sent her a wedding invitation, announcing that he and Kyi Pyar were getting married. What she had been saying must have had the reverse effect of taking pity on Kyi Pyar. It showed how little she knew about men.

Now,she could see the situation in new light. It was her own weakness of telling tales

that gave the winning point to Kyi Pyar.