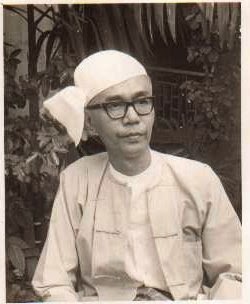 (U) Khin Maung Latt (1915 – 1996), my grandfather, was an English teacher, already looked like a teacher. On his face there was something, which reminds one of Sherlock Holmes. If he wore a long coat with a cherrywood pipe in his mouth, he would be a living image of Sherlock Holmes. He never smoked, but he had once a habit of smoking cigar. I knew because I saw him smoking in the photograph. But I was told that he gave up smoking since we were born. He did not wish my twin brother to follow his smoking habit. 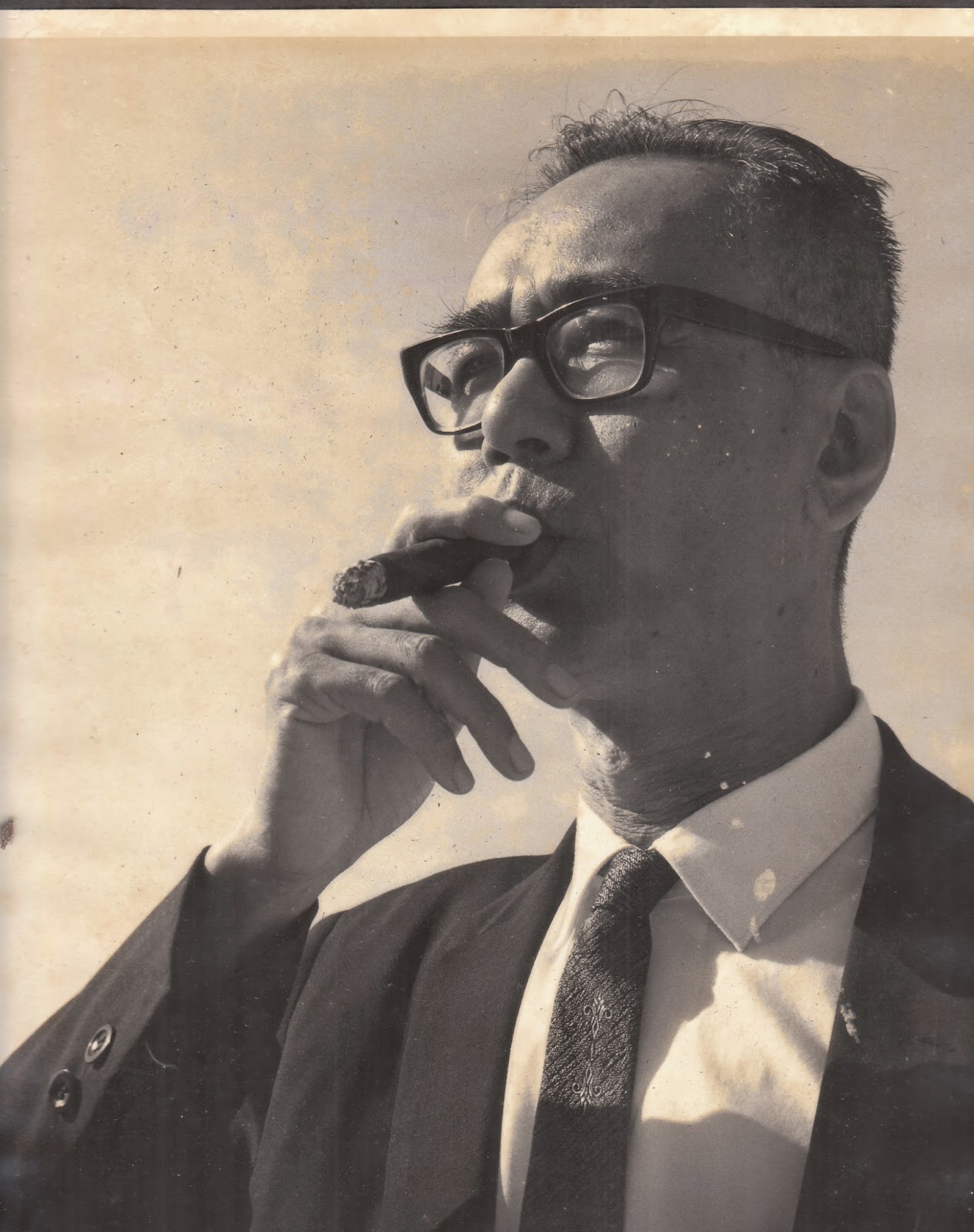 (My grandpa had a habit of smoking cigar, I knew because I saw him smoking in the photograph.)

My grandpa was a tall man in figure with a height of 5 feet 11. His smiling lips showed his kindness and sympathy. He loved to teach English grammar, essays, Shakespeare’s Plays and Bernard Shaw’s Short Stories. He had a habit of doing preparation before teaching. Sometimes he was conversing with my grandma about the books they read. We all are used to hear their chatting, and it was interesting.

He wrote essays, and short articles in English. His books such as ‘Everyday Expressions in English’ and ‘Current Essays’ are still popular among students. He also wrote ‘Our Country’ in Burmese. By reading this book, we could learn about Agriculture, Literature, History and Economy in our country of old time. I believed he had done hard research before writing it. 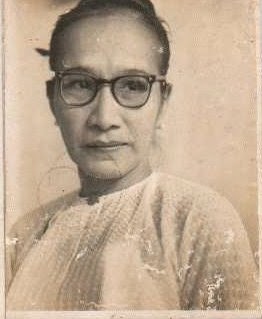 (Daw) Khin Myo Chit (1915 – 1999), my proud grandmother, was a writer of Colourful Burma, Anawrahta of Burma, Burmese Scene and Sketches, A Wonderland of Burmese Legends, etc. My grandma with a tall, slim and rather weak body, but her stern face, sharp eyes, and a firm voice showed her strong mind and her stubborn spirit. She always wore Burmese traditional clothes as you see in the following photos. 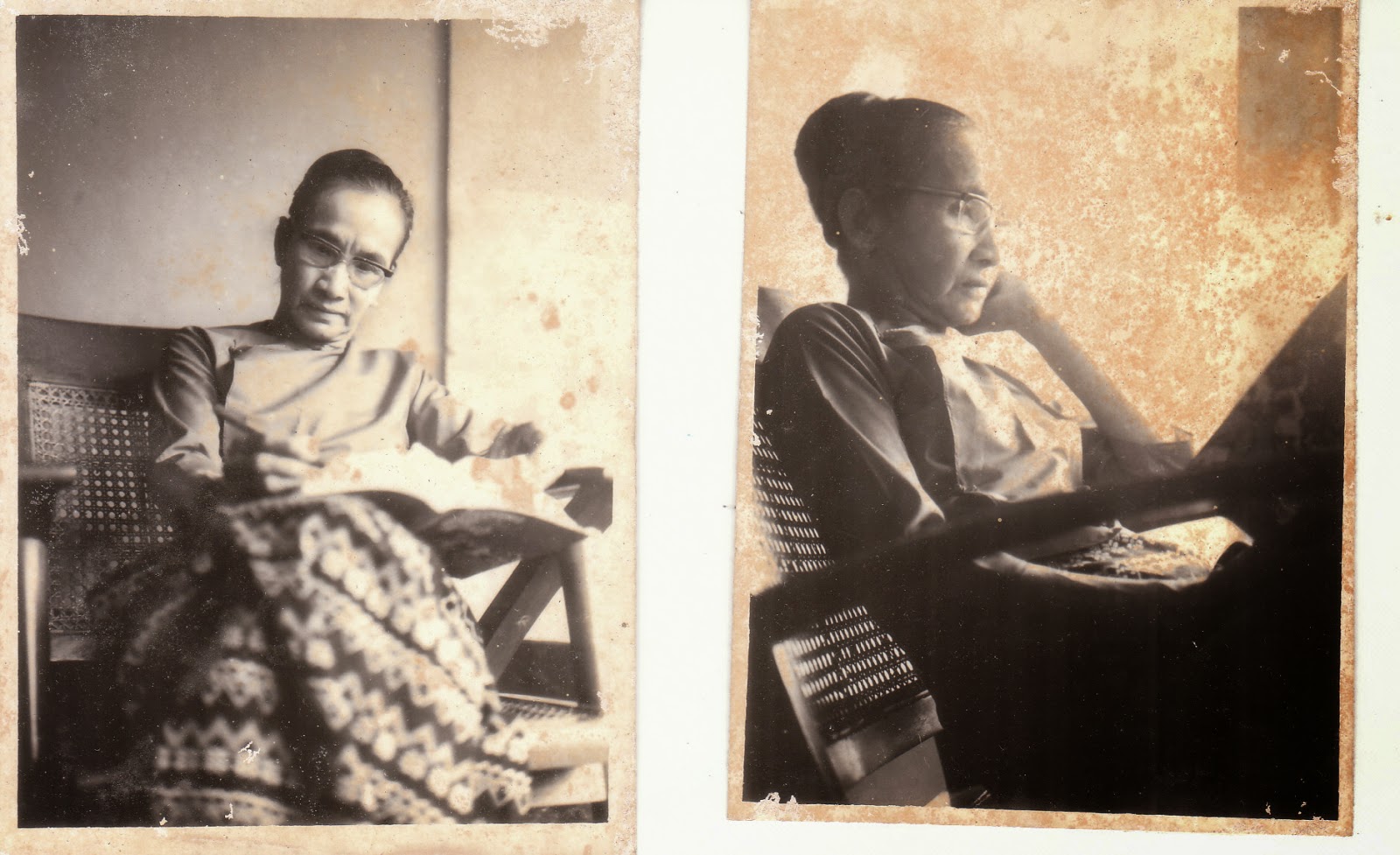 (My grandma was seated in the chair, and she was reading a book or writing something.)

She used to recite aloud some Shakespeare plays or poetry. I really envied her when I heard my grandma recite the Shakespeare play with proud and smart voice. She also had a good memory of remembering some famous quotations of U Ponya (Old Burmese Scholar), or poetry of Burmese literature. She was good at memorizing what she learnt in her younger days.

I saw she often was seated in the chair, and was reading a book or writing something. She wrote with a typewriter too. Her desk used for writing on or typing, at which sometime we used to play.

(There was a photo of us with her desk, we seemed helping her work?)

My grandparents together wrote a booklet in Burmese, which was about their appreciation of reading books, and about the National School, which gave them best education in wartime. 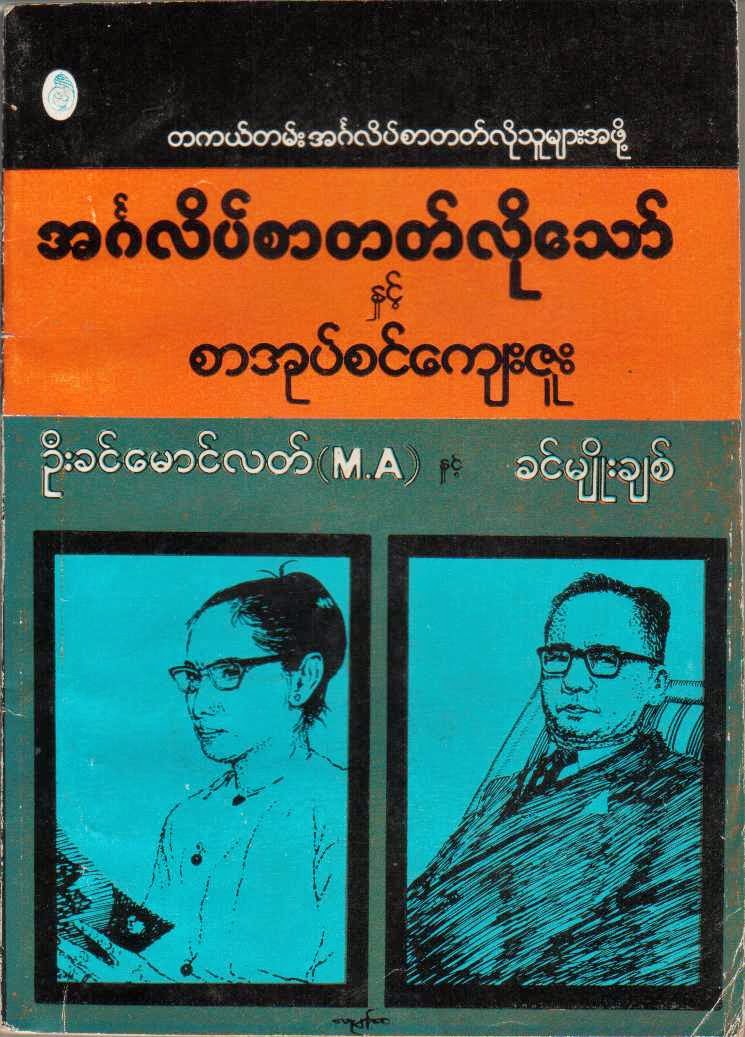 (The cover of the booklet, which was written by my grandparents.)