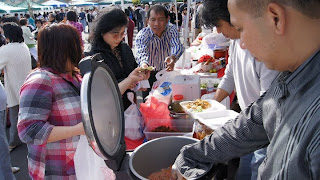 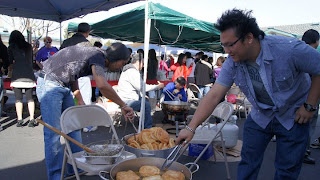 It is learnt that a total of about US $13,000 was received from donations of the guests and Burmese families attended, and from the proceeds of selling food (adding both capital and profit money). Burmese community in the USA have been organizing the fund raising events in their respective areas and  the collective donations are planning to be spent on 2011 CoBA award and ceremony, which will be decided by majority vote. 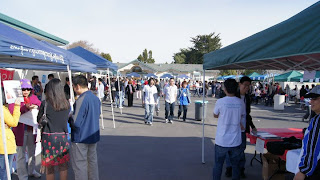 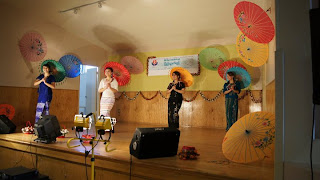 It is also said that the concerted effort of Burmese art and music team (consisting of 15 members), about 50 volunteer students, over 15 main sponsors, 30 charity food stalls, and kind support from leaders of Burmese community, social, and religious groups of SF Bay area made the event a successful fund raiser. The fair was attended by an estimated audience of over 1000. 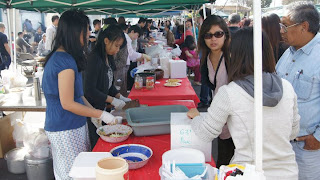 A guest expressed his view that there are many Burmese monasteries, Christian churches, Islam organizations, and other social and national groups developing in SF Bay area. That is why the great amount of support and assistance of volunteers, contributors, and attendees of each class are usually involved in organizing such social activities. This fund raising achieved its goal, like other social and religious affairs, because the new generation youths and students of this area have a good tradition of helping social activities along with adults. 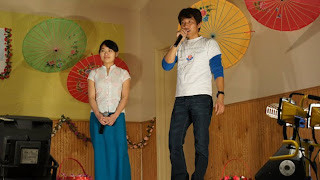 In order to present CoBA award, the Citizen of Burma Association is inviting and urging the public to nominate, as their ideal choice, the selfless and self-reliant social organizations or individuals inside Burma. The last date for nomination is the 31st of March, 2011. The names of the five final nominees will be announced in April after collecting the votes from all the areas and townships participated in. Among the last five nominees, the person or organization which earns most votes will be honored with CoBA award. The association will announce the winner, and host the awarding ceremony in SF Bay area in coming May. You can ask for the detail information from friends and members of CoBA in various areas, and also visit its website http://citizenofBurma.org . 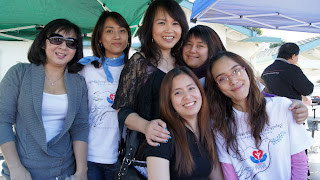 “We would, respectfully and cordially, like to thank all the Burmese families, donors and volunteers for their invaluable supports, and we feel extremely encouraged and active to join hands in coming social charity events,” said members of the Citizen of Burma Association. 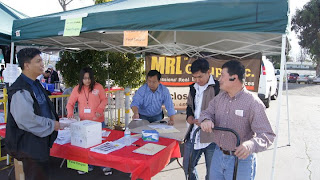