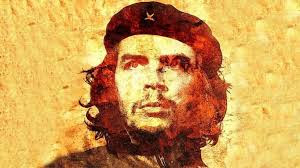 Today is the (34th) anniversary of the 88th uprising.
I go buy powdered milk.
Today 5,300 kyat per pack. 4200 kyat last month.
A cup of tea has become 1,000 kyats in shops on the outskirts of the city where I stay.
People are afraid and say  that there are many reports of crime on the street during the day.
I don’t see much PDF activity news on fb. Activists have informed the public not to post news about their activities.
Regarding the visit of Russian Foreign Minister Lavrov to Myanmar on August 3rd, the concern of pro-democracy Myanmar people is gradually becoming visible.
At first, the foreign minister’s visit to Myanmar was mocked by the majority of Myanmar people, saying that Russia came to Myanmar to ask for debt.
Now they are starting to express their concerns through mockery.
They are worried that Russia’s clear support for the Burmese military will prolong the Spring Revolution.
Myanmar activists are questioning whether Russia is treating Myanmar more than its arms dealer.
The people are talking about today’s news that Min Aung Hlaing, who was afraid of giving up power, as his situation worsened, wanted to pray for good luck  from the powerful monk, Mai Phone Sayardaw. But Saryardaw ran to evade Min Aung Hline’s offering.
People make a joke; Min Aung Hlaing said he would offer it, so even the monk ran away.
Oh!
The electricity has turned back on.
I will boil water.
I will cook.
I will add up water.
And I will charge the phone.
Quickly, quickly, quickly.
Uncle  Tu Mee