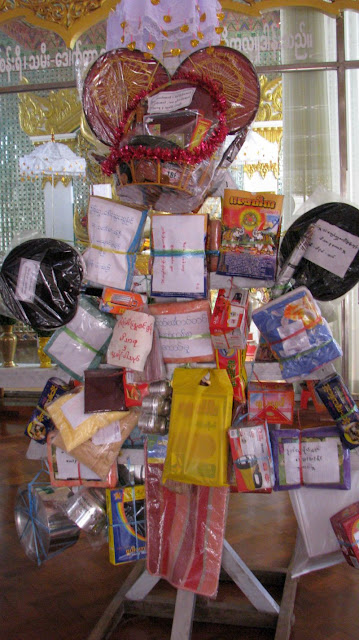 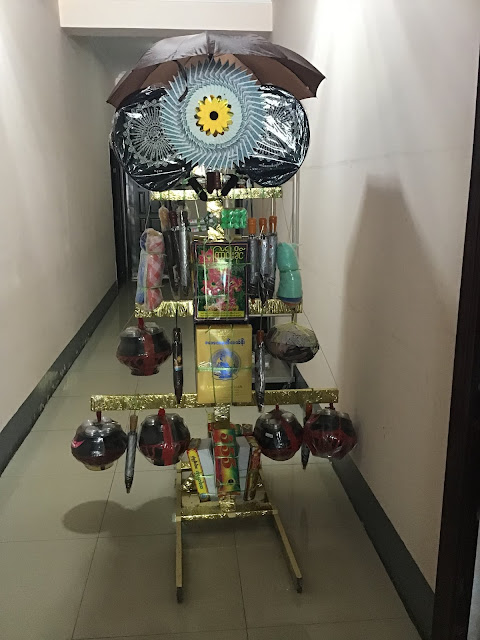 and Burmese kyat notes, etc were displayed as Kha-Htain donation

Offering of special robes and other gifts made to the Order of monks during this season – November – Tahsaungmone (Tahsaungtaing festival) – keeps alive the true spirit of offering, as taught of the Buddha. Members of the same profession or trade or people working in the same office or in any township from such groups for this purpose and collect gifts for the monastery. It is also the custom of community to organize the offering of gifts, everyone contributing in cash or in kind. It is called ‘Kha Htaine’ donation. 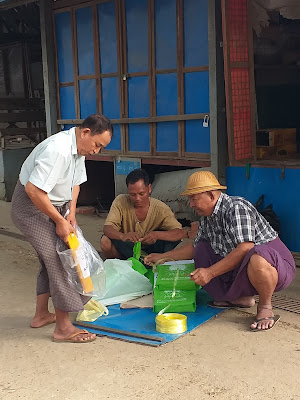 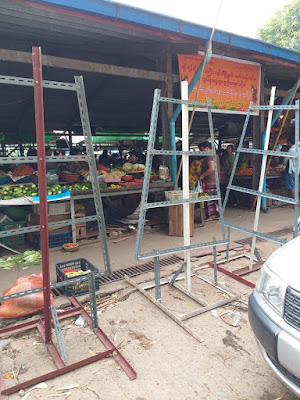 (Before the presentation of Kha Htain donation in the market, people were preparing for the empty triangle structures.) 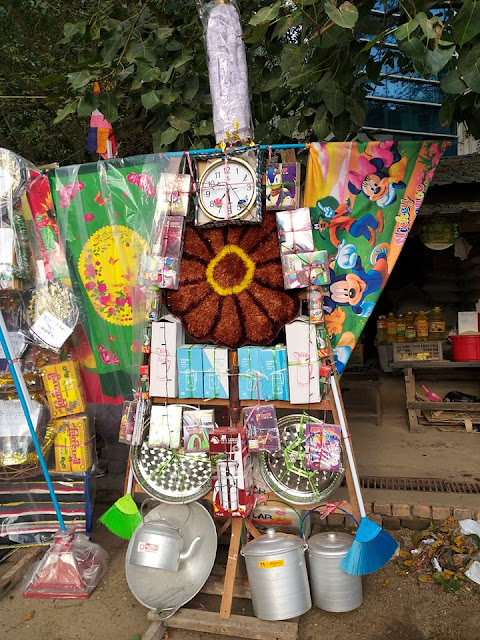 (How wonderful! With many needed items for monks.) 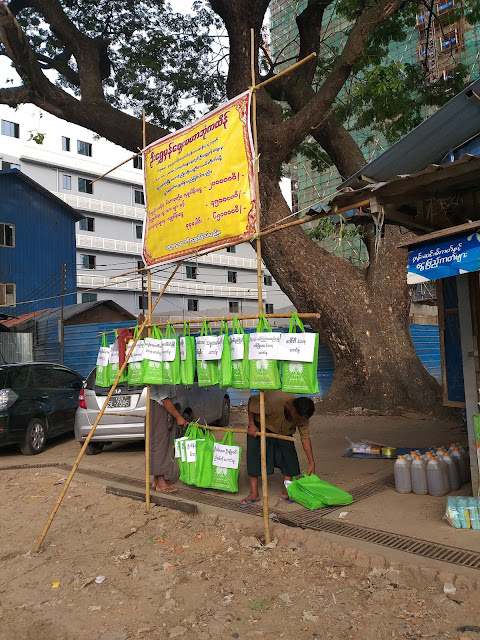 (The yellow robes were hung for Kha-Htain donation by the market families. Their names were written on each bag.) 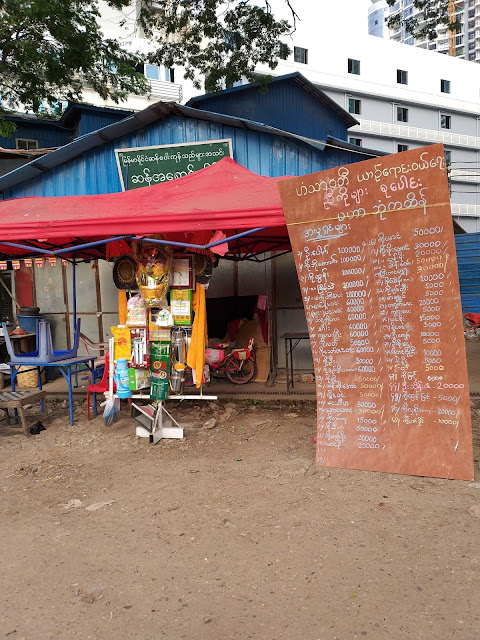 (At the market place, the triangular structure with offering items, and names on the black board was seen altogether. People can say ‘Well-done” for their good deeds.) 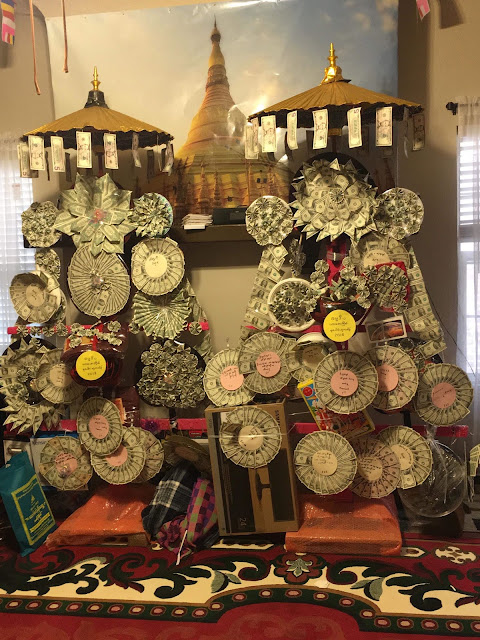 (One of those donations seen as true spirit of offering gifts such as yellow robes,

and contributing in cash on Kha Htain donation, U.S.A.) 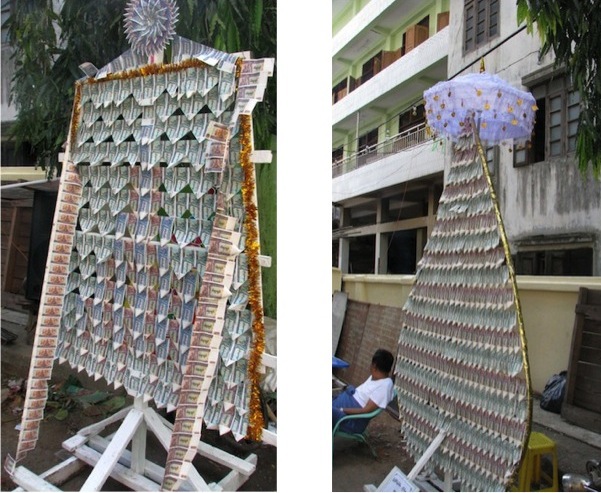 (Standing by the wayside of Rangoon, triangles structures made of Burmese kyat notes.) 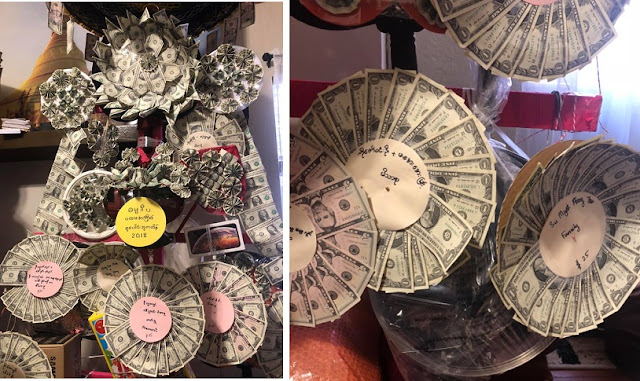 During this Khataine season, those wooden structures are to be seen carrying by cars, driving in the streets. Sometimes there is a music troupe followed, contributing the Kha Htaine event. 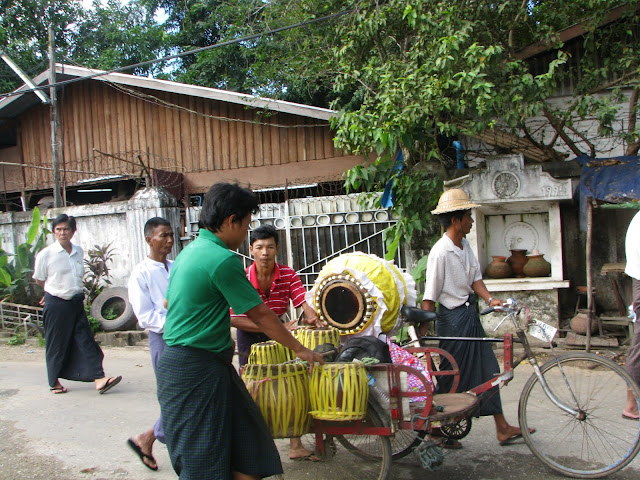 (There is a music troupe followed, and …) 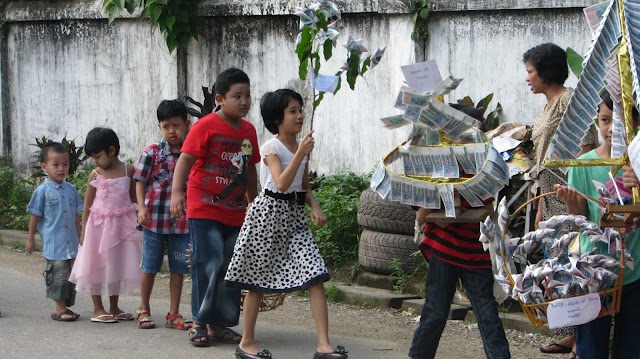 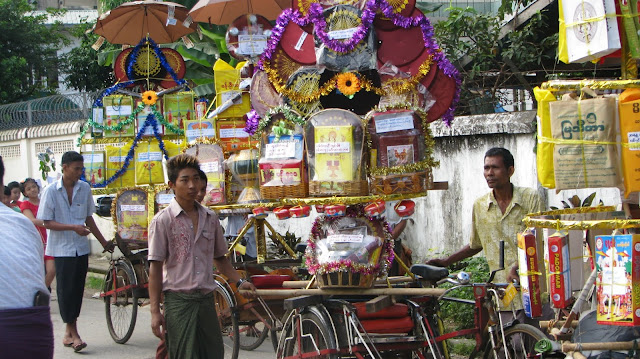 (Organized this Kha Htaine gifts carried by three-wheel carriers, traveling along the streets, represent their contribution share to everyone to say ‘well-done’.)

(The wooden structure to be seen carrying by car driving on the road (left), and a line of three-wheel carriers drove in the street with Kha Htain donation, Rangoon, Burma. (right)).