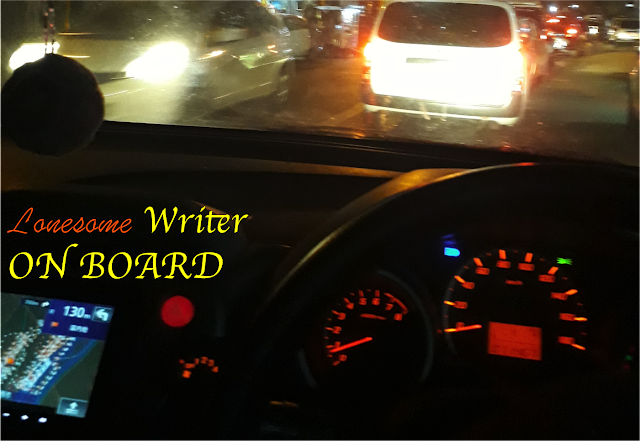 The Road I Became Familiar With

I was driving the same road 4 or 6 times, sometimes 8 times a day for the going to and fro journey. The distance between the destination and my home was just 4 or 5 kilometres. It was not a long distance. But because of hard traffic, it took half an hour drive. There were two crossroads I used to pass, and a railroad I used to see. I was feeling something strange when I was looking at the train driving away. Every time I was at the crossroad while the red light was turning on and waiting to turn to be green, I gazed and gazed surround me.

4 or 8 times per day (to and fro) driving along the same road, made me familiar with the people’ faces even with dogs and cats. From the early morning to the late evening, a market situated on the road was always crowded. Meats and vegetables, fruits and flowers gave attraction to everyone. I would like to stop there for an hour and browse like them, but I had not much time to rest. I just parked at the side of the platform for a moment, and bought what I saw and what I needed, and continued my drive. I was glad that the meat and vegetables – seller loved to share the recipe for a food dish. 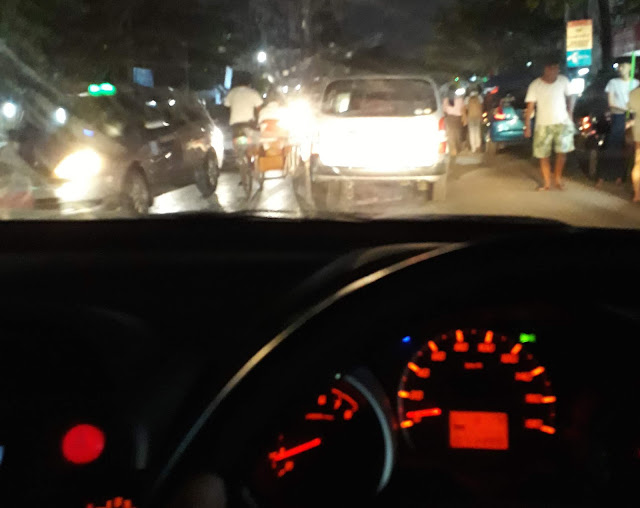 (The night view of the road I went.)

The road at day, and at night was different. Every night I passed the same road although it was dark, the light from the pillars and the moon made visible to all the beings as clear as under the broad daylight. People at night seemed more relaxed and easygoing. They did not care for cars and buses. They were walking more confident on the road than on the platform. Some women did not hold their children’ hands, and they even put them on the side of the road. The three-wheels carriers were more dare to drive at night. They just appeared before me without giving a sign. But I was more patient and less angry all the time whenever I met those careless performances. Surprisingly there was no accident heard from that busy road.

Tea-shops were more crowded at night. There were more vendors and sellers sold their goods on the platform. It looked like they were having a festival. I saw Burmese foods and snacks seemed delicious. Their good smells always reminded me that I had not eaten my dinner yet. Always driving at late night was my last episode for the day. At that time, I left my house closed and locked. When I glanced for the last look at my house and said goodnight to my cats for today, my heart filled with tears and weighed a lot of fear. I prayed for my mother until I reached the hospital where kept her there for having treatment. Although my heart was beating and feared to drive alone especially at night, the busy view I was thankful to see through the way comforted my worries away a little.

I was not a type of kind and friendly person at all. I also was not as polite and gentle as other girls as you know, my dear mother. But now I was changed a lot. It might because you were in the hospital because of illness, and I was feeling lonely and unhappy. You would be surprised to see me as I became patient and less angry. At the time of the moment you were sick, my heart was not strong enough to face the present situation, and was filled with worries about you all the time. I believed you would be fine in the near future. I wished I would still remain as a kind-hearted and good manner person. I hoped you would see me as it is when you become well and in good health.

THE END OF MY ARTICLE ‘THE ROAD I BECAME FAMILIAR WITH’

← Photo News – The Day of the Meeting at the Sunlun Monastery by Junior Win
My Life Will Go On 35: I Would Be Strong For Those Who Love Me by Junior Win →