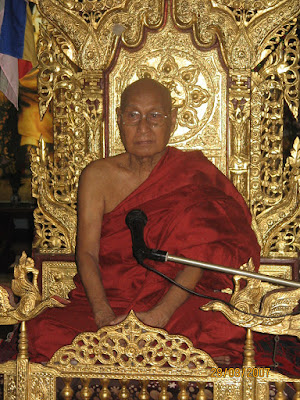 For many years I was too busy to do meditation at the monastery regularly. I tried to practice meditation at home with 20 minutes, or 30 minutes. I could not do for 2 hours as I once did. According to the Sayadaw U Vinaya’s talk, although you had missed to do meditation for the long time being, the time you did meditation at your childhood or at your younger days would never be history for you. It would carry on, and those hard work still valuable for you.

From the last 3 months, going to the the Sunlun monastery once per week, and do meditation again under the guidance of Sunlun Sayadaw, and meditation master, U Wara. Before we were doing meditation, we all paid attention to the Venerable Sayadaw U Wara’s speeches. His talk encouraged us so much. Sayadaw also advised that we could do meditation at home or at the monastery, or at any place with the time as we convenient. The important thing is, do not forget to do meditation regularly or habitually. 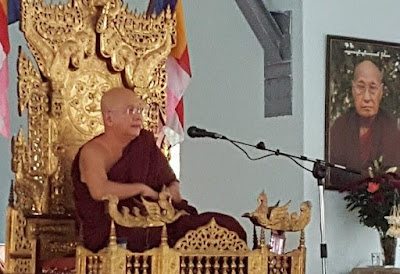 (Sunlun Sayadaw U Wara gave a speech before meditation.)

Although I missed for many years, I tried my best to do with 100 minutes as the timetable. This time, I looked upon myself while meditating. While I was doing meditation at home, or at the Sunlun monastery, I noticed that I was thinking too much. I could not control myself from thinking a lot. I know it would disturb in the meditation. I thought I do not THINK even in the normal state. 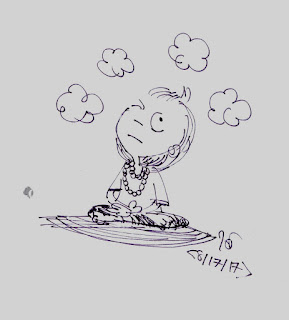 One day, Sayadaw U Wara gave a speech especially to the temporary non-Burmese monks who were candidates starting to practice meditation. Sayadaw encouraged them not to be afraid of everything during sitting. Yes, every sitting is a new experience for all.

I listened carefully in Sayadaw’s talk. It was lucky that Sayadaw gave a speech about how to do meditation in detail. If we were thinking too much while meditating, we would say ourselves ‘if you want to think about it, think it after meditating’. It was a best advice! Sayadaw continued, if our mind was going somewhere, concentrate your mind in breathing-in, and breathing-out. Sayadaw said it could pass the time shorter, and quicker. Surprisingly on that day, by obeying Sayadaw U Wara’s guidance, the time seemed quicker, and I could do more concentration than ever in meditation.

I was thankful to Sayadaw’s short talk. I now share my readers my experiences of Sunlun way of meditation.