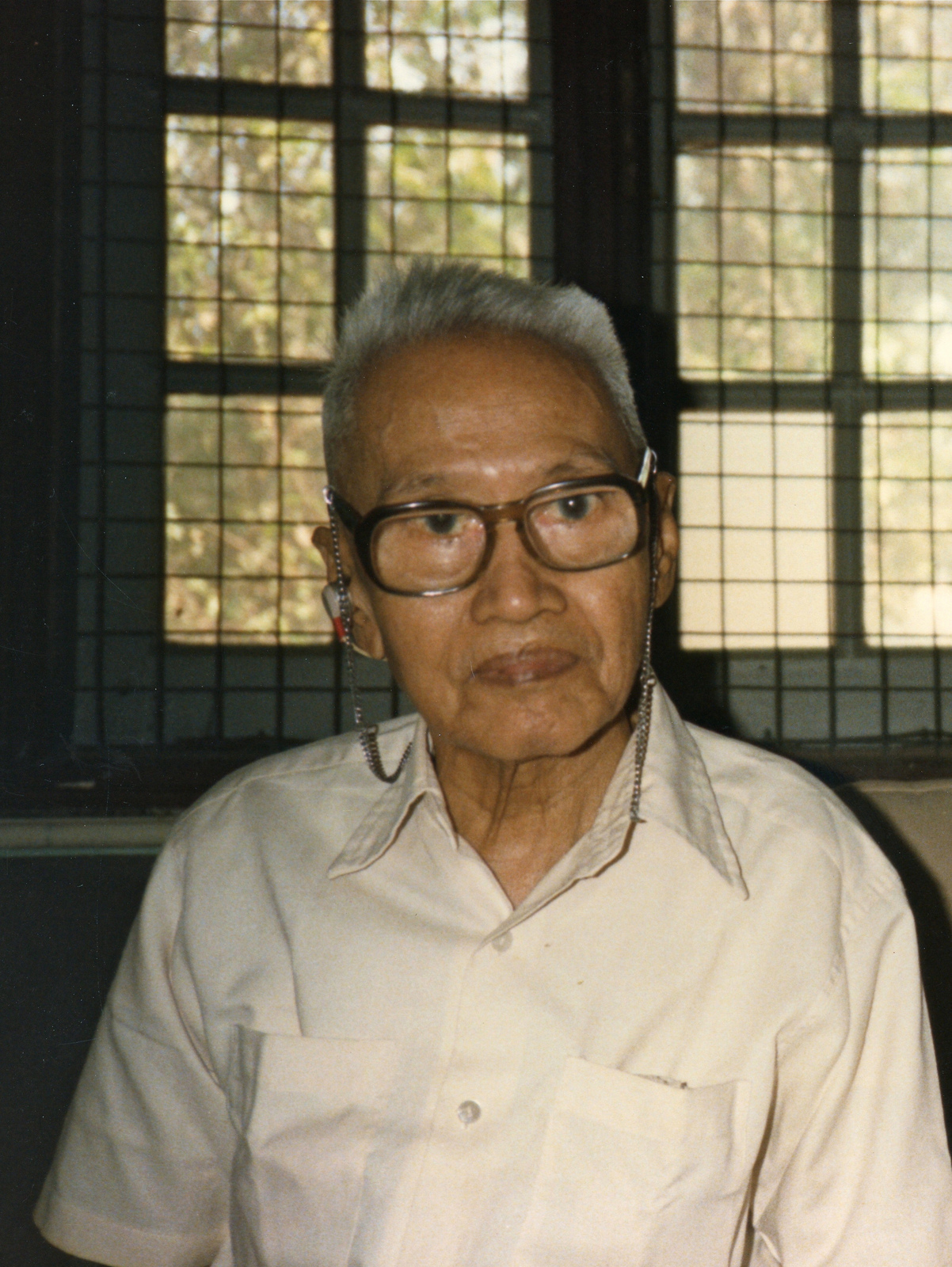 My grandma – Khin Myo Chit (writer) met U Khin Zaw who was the Director of the Burmese Broadcasting Service (BBS) when she lived at Aye-Yeik-Thar (peaceful villa) in 1950. Aye-Yeik-Thar was a well-known place where writers, poets, journalists, cartoonist, even politicians once lived together.

Here, let me introduce one of Aye-Yeik-Thar friends who became grandma’s best friend, and also her teacher. His name was U Khin Zaw. He was one of famous scholars, and best English writers of Burma. He wrote Burmese Culture: General and particular under the pen name K, and was published by Sarpay Beikman Board, Rangoon in 1981.

Grandma always mentioned his name as her teacher as well as her benefactor. He encouraged her, and also corrected grandma’s writing. Grandma showed her short story in English to K, and asked for checking. She hoped to see his full-correction, and wanted to have her story be more readable, and beautiful. But K only ticked a few marks here and there or gave a few remarks on it. Grandma needed more. She requested him to make more correction. K replied that if she wanted her writing to be her own, she would have to do it herself. 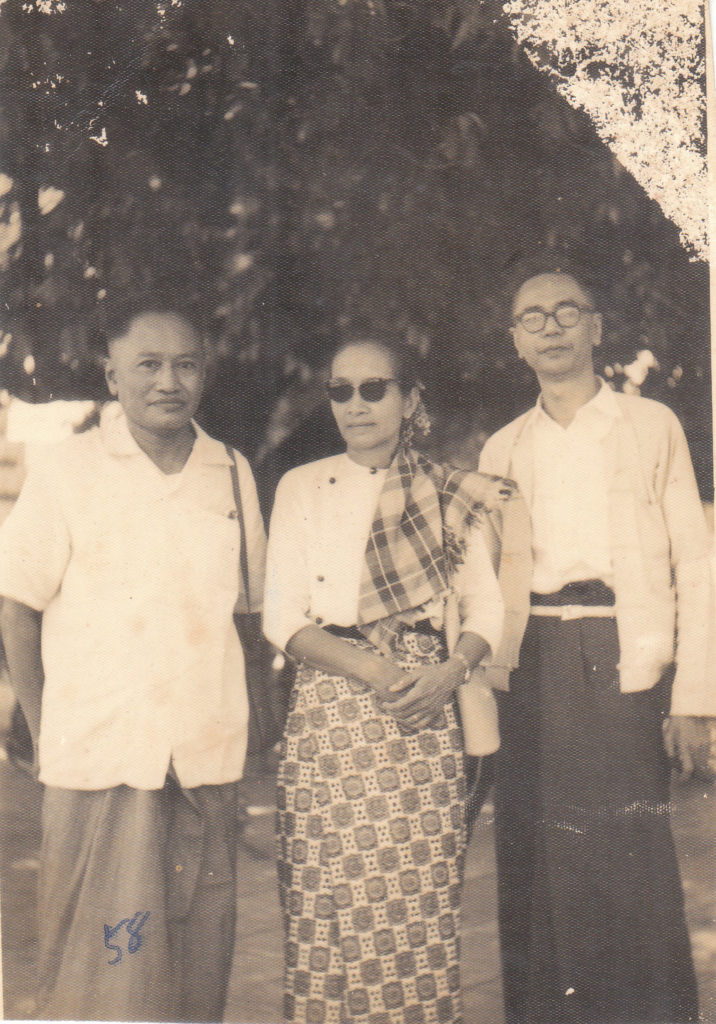 When my grandparents moved to Hleedan house, K  (U Khin Zaw) became interested in grandma’s broadcast scripts. He encouraged grandma to write in English more. Under his guidance, grandma became confident and within a short time her some pieces had been published. 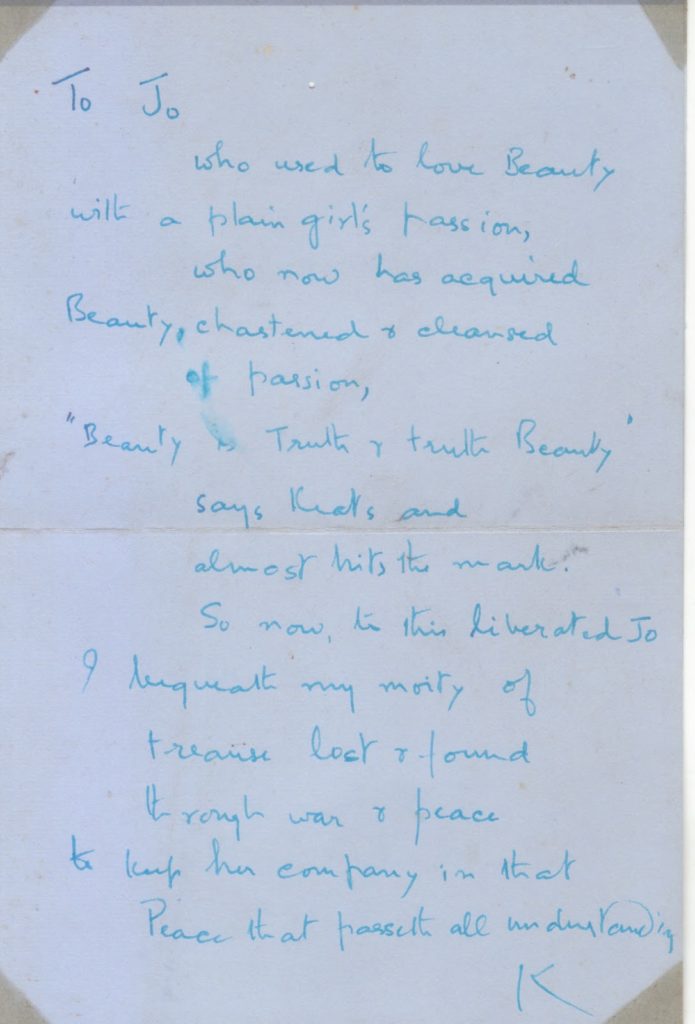 (K’s handwriting, and his signature ‘K’.)

(K) U Khin Zaw‘s family, and grandma’s family were closed friends. His wife was a famous announcer Daw Than Hnitt (BBS announcer). I knew very well that couple when I was young. They both were sweet, and kind. My grandparents visited their house frequently. Their house was at Wintermere Cresent, and was big, and large. When we were at 8th standard, we had to sit the final examination at the school near their house. At that time, my grandma, and my mother waited us at their house until we finished the exam. I remembered we sat for 2 subjects in one day; morning and evening. So, during the interval, we went their house, and restd for a while. They welcomed us warmly, and gave us best hospitality.

← A FAMILY OF WRITERS by Thu Maung
Sequel; Do What We Like by Junior Win →