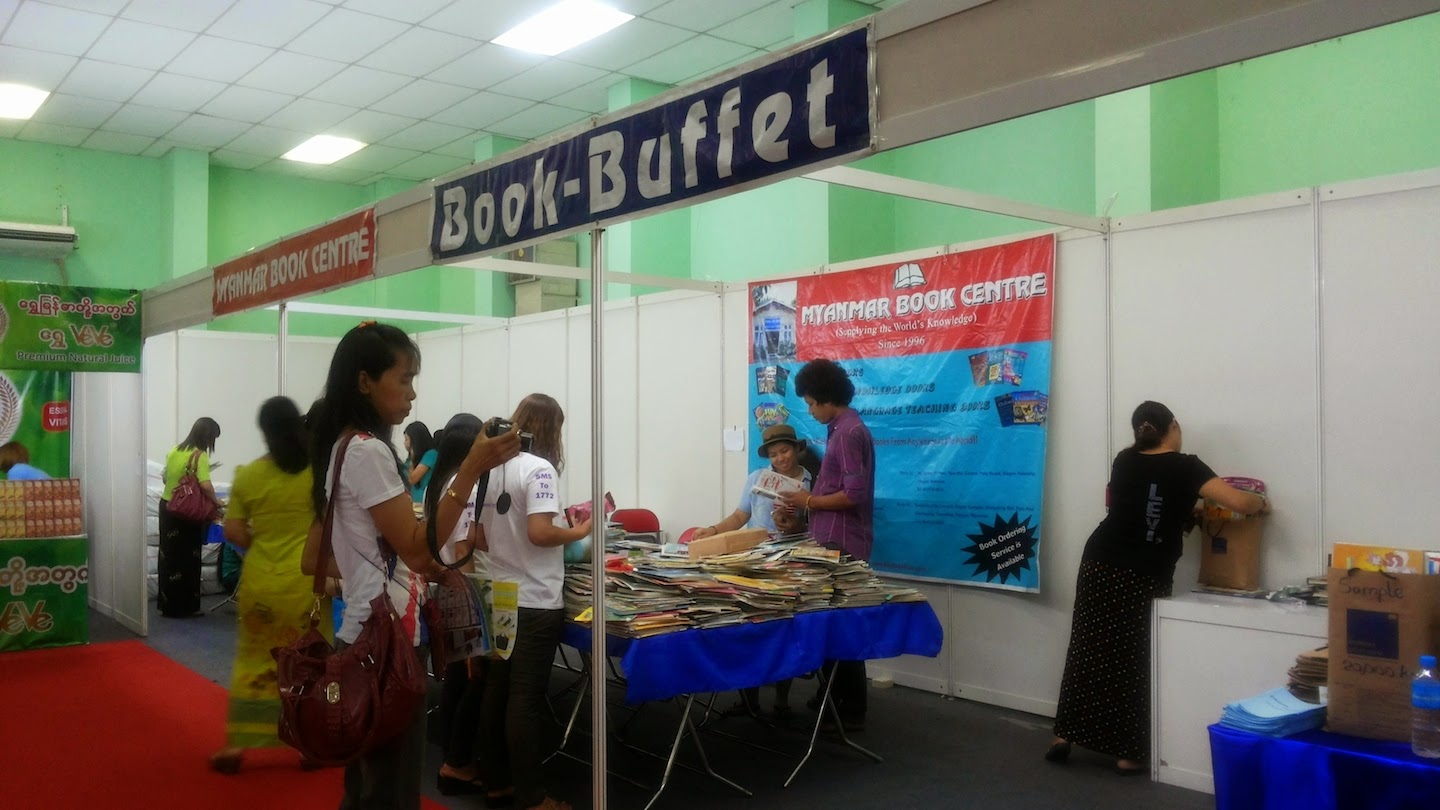 One day, I was at the Book-buffet at Myanmar Book Centre opened for 3 days during a month of May this year. I had never seen such a Book-Buffet festival before. 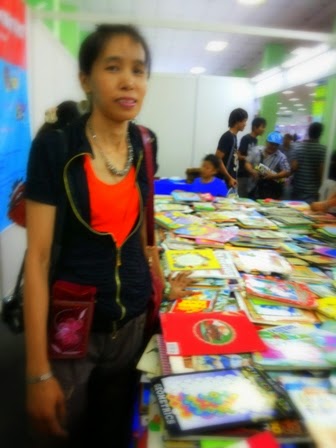 To my surprised, before choosing a book to buy, we had to buy a paper bag which cost ten thousand kyats or twenty thousand kyats, and then we put books inside the bag as much as we could. 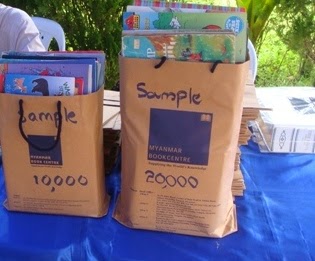 But I could not decide which bag I chose first, so I browsed the books, which were largely scattered on the three or four big tables. Most of the books were comic, illustrated classics, fairy tales, and cartoons. 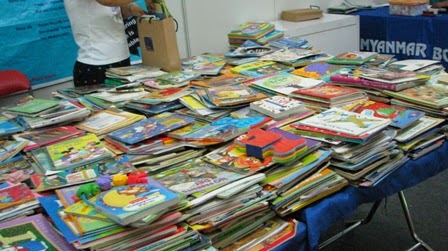 I saw some people were not familiar with the system of Book Buffet, because they only wanted to buy one or two books. Some children wanted to buy one colored book, but their mother could not afford to buy a bag. I heard what they asked to the counter how much money for one book. A bag for ten thousand or twenty thousand kyats seemed expensive to some people. But I thought we could have 50 or 60 comics or cartoons put in the bag! I knew that some comic cost 3000 or 4000 kyats in the bookshops. Now we have a great chance to have 50 or more comics with ten thousand kyat! I also saw 3 young people who shared their money to buy one bag. It meant each would get one third of the books from the bag. 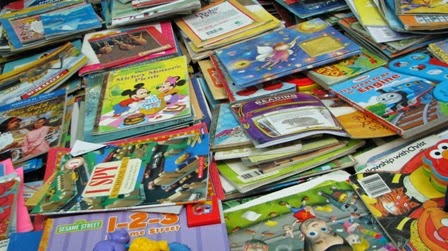 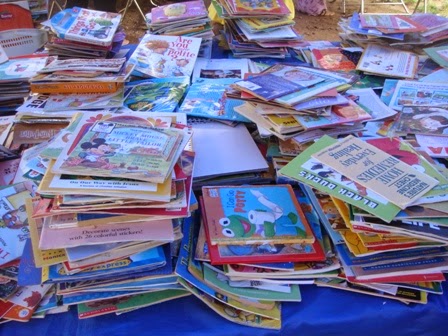 On the other hand, some people who love books and cartoons really enjoyed in book-browsing here. Some children chose what they liked freely, and put into the bag. Their parents and uncles, aunties also joined with them. They seemed know how valuable books and comic are here with a cheap price. 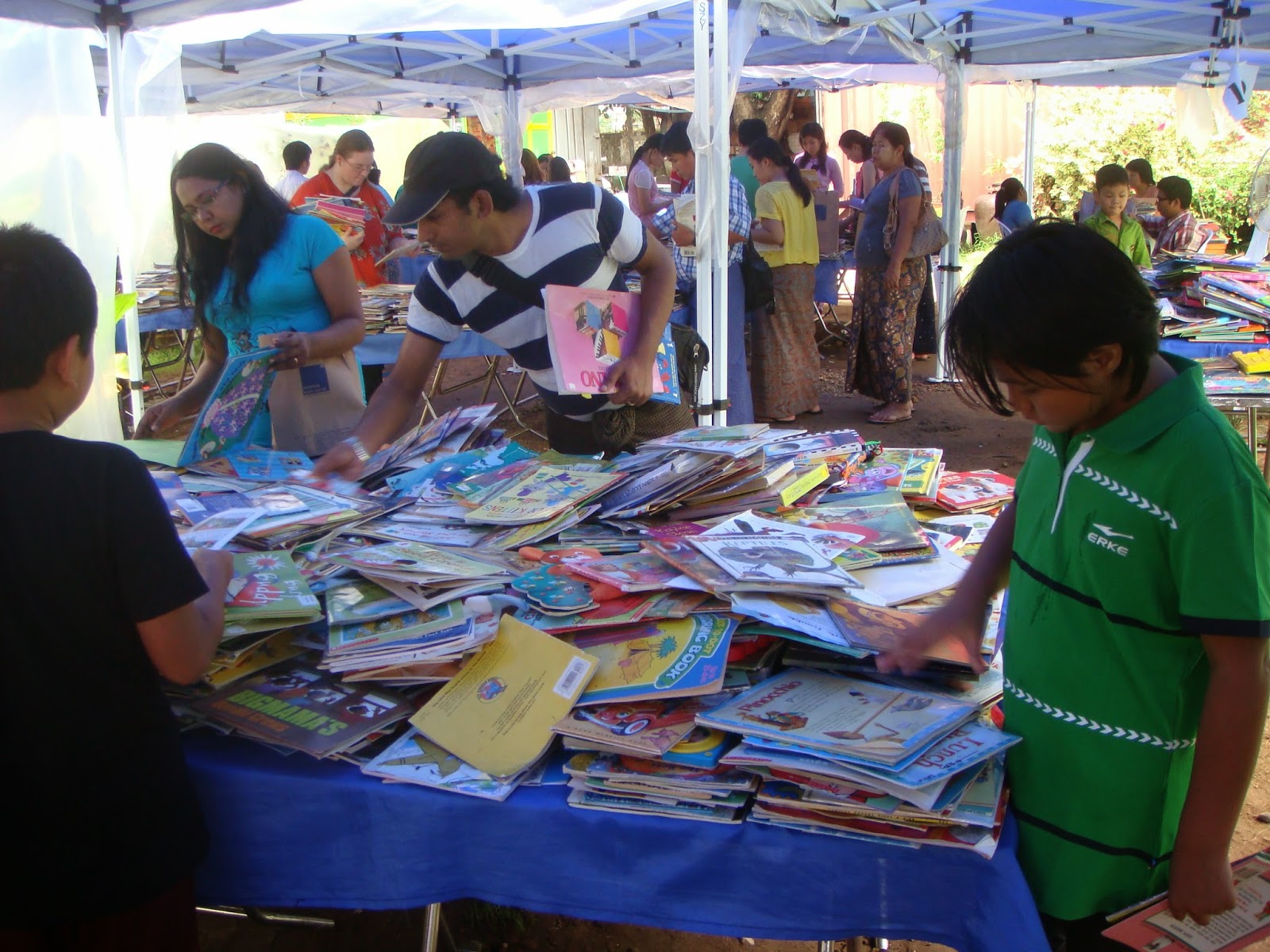 (Some enjoyed so much in the Book-Buffet Festival.)

Some few years ago, there were 3 or 4 bookshops including Myanmar Book Centre (MBC) opened here, and since then we can buy new novels and books there. But unfortunately, I could not afford to buy new illustrated classic or comic at the bookshops, because they were too expensive. As for me, I already have hundreds of old cartoons and old comic at our house. However they are old or outdated, I thought I don’t need to buy more. But it was absolutely wrong when I saw such a million of comics and cartoons before me. I cannot believe my eyes to meet such a wonderful, beautiful comics, and cartoons at this Book Buffet! 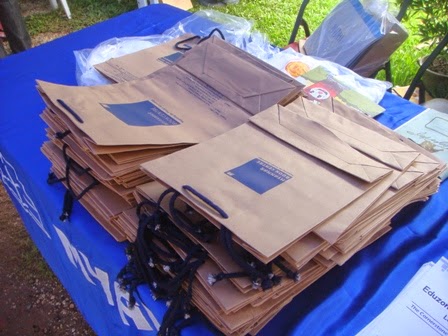 I chose 40 to 50 comics and cartoons from the large tables, and I bought a bag of one thousand kyat, and I put carefully my chosen books into the bag. Himmm! After all, my chosen comics and cartoons were well-arranged inside the bag. I saw there were more spaces in the bag. I chose 10 or 20 tiny more comic again, and tried to add them in the same bag. Then I went to the book buffet counter, and got the seal on the bag. It was done! How nice!

I visited there two more times again, and enjoyed the festival until the end of the Book Buffet. 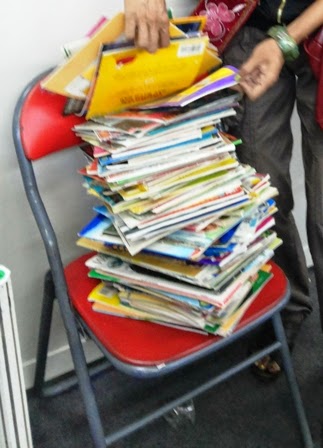 (I found many comics and cartoons from the Book-Buffet.) 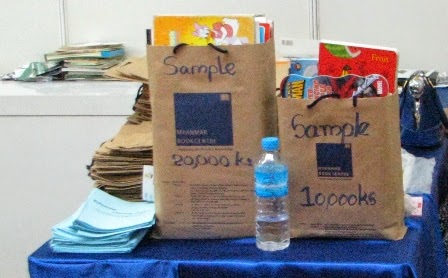 (The samples of the bags.)

I deeply thanks to those who arranged this wonderful Book Buffet festival for our country. I really appreciate this wonderful idea to sell comics and cartoons with an enormous generosity. I was told that those million of books were given from the foreign countries to distribute especially to the poor countries, and small towns. Unfortunately, English books are difficult to read for the people who lived in the small towns and countries side. So, MBC sold those million of comics and cartoons at Book Buffet Festival, and then they bought Burmese books and cartoons by the money they received from this festival. So, it was a good idea, and went well.

I hope this kind of Book-Buffet Festival live long forever.