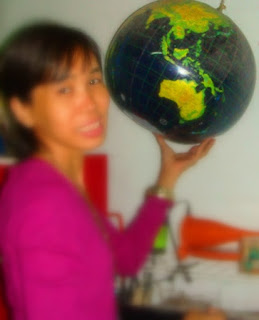 Was the world really ended in 2012? I wish it was going to be true.
I know everybody did not understand what I wished. Consider our world was full of cruel people and tyrants ruled. If the world really ended in 2012, it could wash out all the people including dictators of the world. Might be the innocent people victims of this event? You may think that I am silly, but we can die as well as another.
Our earth was now become used as the tools for the powerful people. Gold, oil, natural resources for making money they used. Our beautiful mountains, running rivers, never ending oceans, wealthy forest, rich agriculture, pure atmosphere were now their target to make weapons or dams or copper project as giving reasons, but to destroy our natural world. All our natural beauty was polluted by the hands of cruel people. ‘Might is right’ was now the slogan for this bloody world. If ending world be the only answer to destroy all these powers and cruelty, I wished it would happen as quickly as possible. This is surely the punishment by the world to the heartless humanity.
Animals also became loss is the most serious threat to endangered natural wealth. Most of them were destroyed by the hand of human. There was no veto for humanity for banning these crimes. The innocent people were dying or worrying by the threat of tyranny. So, let our life end together with this brutality by the hand of the world’s penalty.
Please don’t be afraid to die because we already were dying of all hope. Let’s took our last breath happily, believed this sentence be the last hope to win the tyranny. Let’s wish this doomsday the leveler to all humanity. Those thee tyranny, never shall sun that morrow see!