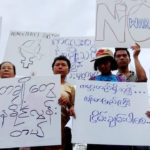 END_OF_DOCUMENT_TOKEN_TO_BE_REPLACED

In Defense of Buddhism and the Immigration Problems in our Country  By Kyaw Lat   With the concept and conviction that the world’s major religions must have some positive contributions to the humanity, I have been studying other world’s major…

END_OF_DOCUMENT_TOKEN_TO_BE_REPLACED 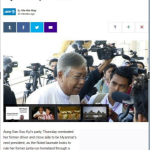 U Htin Kyaw, a longtime confidant of Daw Aung San Suu Kyi was made known on Thursday as one of the three candidates, to become Myanmar’s next president.     Albeit a low profile player, U Htin…

END_OF_DOCUMENT_TOKEN_TO_BE_REPLACED

Does media influence society or is it society that influences media? Social and cultural theorists have argued for both sides of the debate in regards to this question. Perhaps, instead of thinking media and society as either only a…

END_OF_DOCUMENT_TOKEN_TO_BE_REPLACED

I have learnt that dictators hold three main things such as Power, Money and Guns. The people under their rule endured what the dictators did as a saying; that cannot be cured must be endured. Do not expect hope…

END_OF_DOCUMENT_TOKEN_TO_BE_REPLACED

A Burmese’s (Myanmar’s) request to all Medias : “Stop Pushing a Religion War to my Country” This post is entitled to all the media who are responsible for the news they are creating which are recently concerned with the latest…

END_OF_DOCUMENT_TOKEN_TO_BE_REPLACED 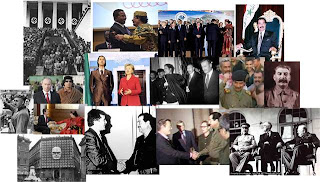 A dictatorship is a type of government in which a person or group of people rules a country with absolute power. Dictatorships can be established through violence and maintained through physical force and a limitation of people’s freedom of speech and behavior. They may also employ techniques of mass propaganda in order to sustain their public support.

END_OF_DOCUMENT_TOKEN_TO_BE_REPLACED 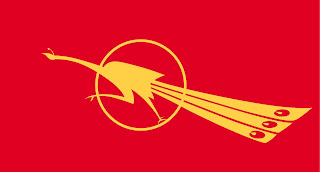 Twenty three years ago today, on 8 August 1988, hundreds of thousands of people flooded the streets of Burma demanding an end to the suffocating military rule which had isolated and bankrupted the country since 1962. Their united cries for a transition to democracy shook the core of the country, bringing Burma to a crippling halt. Hope radiated throughout the country. Teashop owners replaced their store signs with signs of protest, dock workers left behind jobs to join the swelling crowds, and even some soldiers were reported to have been so moved by the demonstrations to lay down their arms and join the protestors. There was so much promise.

END_OF_DOCUMENT_TOKEN_TO_BE_REPLACED

These notes were prepared when invited to attend the Al Jazeer Forum on May 17th 2011. I was invited and introduced on the forum page at (http://forum.aljazeera.net/us/node/425) as follows; ” Maung Yit is Founder and Editor of MoeMaKa News Group for Burmese Community founded in 2003. He works as an IT consultant at day and works as news blogger and editor at night for MoeMaKa News Group and with anonymous citizen journalists and writers/ artists from Burma. His mission is to promote and raise awareness of the struggle for democracy and freedom under the current repressive Burmese regime. He has published interviews with Burmese opposition leader Aung San Suu Kyi, U Win Tin and other Burmese activists from Burma on his website, blog and online publication.”

Even though attending the forum was a great experience for me and my participation in the “Stream” had some time limitation to express all my notes at the show, I have to take the liberty at our own website to post my notes for further reference to readers and interested audience.

END_OF_DOCUMENT_TOKEN_TO_BE_REPLACED

I was glancing at the situation of Burmese journal market here in our country. There were a lot of journals in number but most popular were journals on sports and football. The selling price were around 500 but some sold at 600 Kyats. One journal called “Weeklyeleven” was sold at Kyat 600 before the other price hike. Still some of the journals were selling at 400 Kyats too. Journals were used to focus on scoops and latest news but most of the news was outdated and world news. Now a day, news on actors and actress from Korea seemed a most popular issue in the market.

END_OF_DOCUMENT_TOKEN_TO_BE_REPLACED 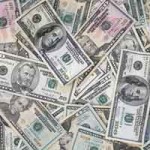 How to face Depression, which way, US or Burma
Maung Yit
February 5th, 2009
While under the great economic downturn, the governments, businesses and corporations were taking measures and actions. Some of the major obvious were going bankrupts, begging bailouts, cutting the jobs and firing workers.
Especially around this time, community and authority from all over the world were keeping an close watch on how the newly elected US Presidents and his administration would be handling their issues. Even the state governments were also waiting for their federal authority’s initiatives and supports while all their immediate projects and planning on hold.
Right now, Obama’s team is sending, planning and proposing assistance, supports and bailouts in billion of US dollars to their people, banks and businesses. While do so, the administration had only three sound advise for its own people.
Firstly, was to “save”. Second, “be transparent” and thirdly, to “share”.

END_OF_DOCUMENT_TOKEN_TO_BE_REPLACED 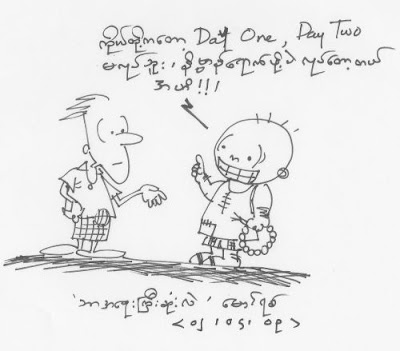 Day One and Day Two for Burma

There are two kinds of task. “Day One and Day Two”. We started hearing this “words” back six years ago at Thai-Burma border. The most important and urgent prioritized works are referred to as “Day One” task.

It was first used by our “Burmese politician” and it meant the “works” focusing on “Getting rid of Burmese regime” and “Getting democracy in Burma”. Theses were “Day One” tasks.