Unburdening of U Pyinnyathami’s feeling Interview by Ashin Zawana (posted 2010) (Personal experience of a monk in Saffon Movement 2007 in Burma)   U Pyinnyathami who’s been residing now at Shwe Wa Yaung monastery in New Delhi, India is one…

END_OF_DOCUMENT_TOKEN_TO_BE_REPLACED

(picture courtesy of AFP)  The International Labor Organization Conference was held in Geneva, Switzerland on June 14th. Daw Aung San Suu Kyi was invited to this conference, where she answered questions. Reporters asked her a series of questions regarding…

END_OF_DOCUMENT_TOKEN_TO_BE_REPLACED 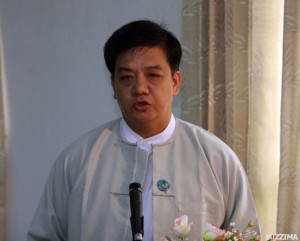 END_OF_DOCUMENT_TOKEN_TO_BE_REPLACED

Aw Pi Kyeh: “About 300 of my Cartoons were Censored in my Life.” 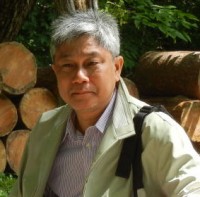 Aw Pi Kyeh (APK) chose this pen name because it means ‘loudspeaker’ in Burmese. His cartoons dare to shout out loud about the military junta that rules Burma. In 2007 he was banned from publishing inside Burma after he supported monks in their peaceful protests during the Saffron Revolution. Following that, colleagues who even mentioned his name in an article were suppressed.

END_OF_DOCUMENT_TOKEN_TO_BE_REPLACED

Burmese Rapper Zayar Thaw: The Left Hand of a Boxer 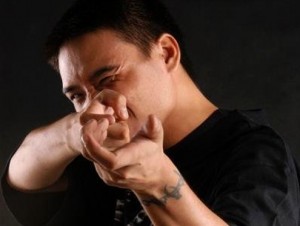 END_OF_DOCUMENT_TOKEN_TO_BE_REPLACED

Question for U Win Tin from MoeMaKa 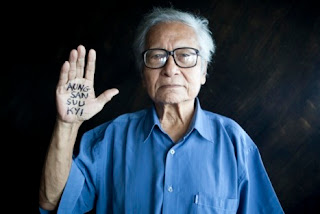 It has been a while we could not get interview with U Win Tin due to the poor phone line and also due to his health condition. As he was spending time in hospital, it was hard for us to get the phone connection with him too. Some has concerns for missing our weekly interview with U Win Tin but a few told us to give up doing interview pieces with U Win Tin because he became old, fragile and sick so that he had misses and out of touch with NLD and the current situation in Burma. However, we MoeMaKa as soon as we had chance to talk to him, we made interview with him again.

END_OF_DOCUMENT_TOKEN_TO_BE_REPLACED 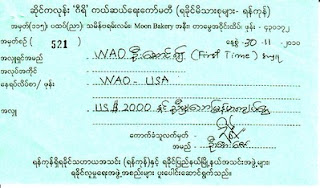 END_OF_DOCUMENT_TOKEN_TO_BE_REPLACED

MoeMaKa was able to have a brief but interesting interview this evening with the people’s leader Daw Aung San Suu Kyi, leader of the National League for Democracy (NLD). MoeMaKa posed questions to Daw Suu on behalf of its world-wide readers and solicited her opinions and views on national affairs.

MoeMaKa : First of all, we would like to tell you that the Burmese people are very happy for your release. We feel encouraged. We all wish you success in your plans for national affairs. We pray for your health and safety. We support you now and forever.

DASSK : Thanks. I am glad to hear about it.

END_OF_DOCUMENT_TOKEN_TO_BE_REPLACED

Ma Hninn May Aung, a University Student in Monywa Prison

On this first week of April, the city of Villa Santa from Italy awarded honorary citizen to one woman political prisoner from Burma. She was Ma Hnin May Aung from Monywa prison. MoeMaKa contacted Ma Lei Lei Nwe, close friend of her to learn about Ma Hninn May Aung a.k.a. Nobel Aye who was a student from Dagon University and now currently imprisoned in Monywa by the Burmese military regime.

END_OF_DOCUMENT_TOKEN_TO_BE_REPLACED

No Political Prisoners left behind “Forgotten”, an interview with U Win Tin

After spending 19 years in prison as political prisoners, U Win Tin, a opposition leader of Burma, was released 6 months ago and today was his 79th birthday ever marked outside prison. From here we would like to present some of his conversation and his wishes.

“I am happy to reunite with my friends and colleagues today. Why I am happy … because when I was back in prison, now I am out for six months … well, when I was in prison, I never felt as a forgotten prisoner because these friends had always sent moral supports and encouragement to me in prison. So I never felt that I was forgotten. It is very important.

END_OF_DOCUMENT_TOKEN_TO_BE_REPLACED

Conversation with Sayadaw U Kovida

Sayadaw U Kovida is a highly respected senior monk who was born in Burma 81 years ago. Although he now lives in exile in New York, he was once the patron of Ma Soe Yein monastery, one of the oldest Buddhist schools in Burma.

In 2001, Sayadaw visited the U.S. and stayed at the Sasana Joti Center, a New York monastery. Every year he went back to Burma, but since September 2007, he has not been able to return. Sayadaw is now the patron of Sasana Moli – the International Burmese Monks Organization – founded in October 2007. Sasana Moli (which translates to “crown jewel of the monastic community”) is an alliance of more than 50 monks from the U.S., the U.K., Singapore, Canada, and Malaysia.

On December 15, 2007, BPF staff members Alan Senauke and Maia Duerr had the honor of a private audience with Sayadaw at the Mettananda Vihara in Fremont, California. The day before, Sayadaw was awarded an honorary degree from the University of San Francisco on behalf of all Buddhist monks in Burma. We met on the second floor of the vihara, with several members of the Burmese community joining us. Sayadaw welcomed us with a bow and a warm smile, and sat in a chair near the altar of the Buddha beautifully decorated with food offerings. Maung Yit served as our translator.