When four times five is twelve and so on 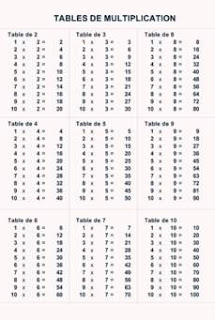 In one of the scenes from ‘Alice in Wonderland’, Alice was saying,”Let me see, four times five is twelve, four times six is thirteen, and four times seven is …….oh, dear, I shall never get to twenty at this rate.”

Mathematicians have suggested at least two explanations . One,which can be understood by any layman, in which any layman may say,’any fool can understand, so even I can understand.’The other is more technical.

The first explanation is based on the fact that multiplication tables learnt at school at that time usually stopped at something times twelve, as it did in our schooldays.

Let us forget for the moment what we have learned regarding the meaning of the multiplication symbol x. Let us accept the above sequence as true and continue in the way as suggested, downwards in increasing order and upwards in decreasing order. Then we shall obtain the following sequence.

We see that the last term of the sequence is four times twelve equals nineteen,one short of twenty.That is what Alice means when she said.”I shall never get to twenty at this rate.”

The second explanation makes use of what we call the ‘base ‘of a number system.Without going into the difficult mathematical definition of base,we can give the properties which will be used.But first we shall give the meanings of the words,divisor,divident, quotient and remainder.When a number is divided by another number,we have

For example, suppose 20 is divided by 17 .
, Then the divisor is 17.,the divident is 20 , the quotient is 1 and the remainder is 3
Now,if any number is divided by what we call the base B ,that is to say if the base is the divisor,and if the quotient is one,and the remainder is R ,then the divident is written in base B as
1R ( base B.)Sometimes base B is ignored which will cause great cunfusion.

Seeing these equations, Alice would have said ”I shall never get to any number less than ten.”
If the non mathematician does not understand the equations it is because I explain badly.Then I would say to the mathematicians ”for your eyes only”.If there is a mathematician like Nick Fury the one eyed hero from SHIELD , I wouldd say ”for your eye only.”

My advice to forget Mathematics and read just for pleasure still holds .