I had written the M.Sc thesis, with my father as my supervisor. But I still did not know my fortune would never give a chance to let me as a tutor in the University. I failed the tutor examination many times even though my friends became tutors one by one. I wondered why they never showed any surprise and never said to me, ‘You did not pass the tutor exams even though your father is a mathematician and still work as an associate professor in the University of Rangoon! Why is that?’ I wanted to pour out my heart to them, but since they never asked me, I never had the chance. As my grandfather said, ‘Blessing in disguise’, I could fix my mind in doing my M.Sc thesis properly. Maybe one day I could have a chance to be a tutor when I obtained the master degree. 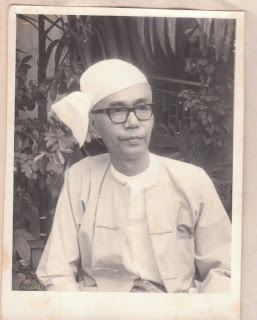 (My grandpa said, ‘Blessing in disguise.’)

In the life of part-time tutor, I never had a chance to teach. Taking tutorial, doing tutorial correction, under the head of the supervisors watching students on examination, and the worse thing was sitting by timetable at the corners of the University as a watch-dog.

The most disappointed thing I had ever met in my part-time tutor life was when I was given a duty as an assistant supervisor on examination. I met students cheated on exams. We were not allowed to catch, nor expel the student whether they did wrong. They were untouchable. 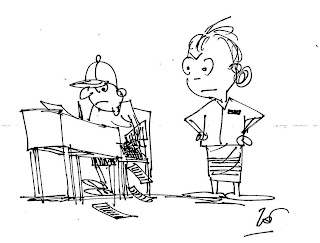