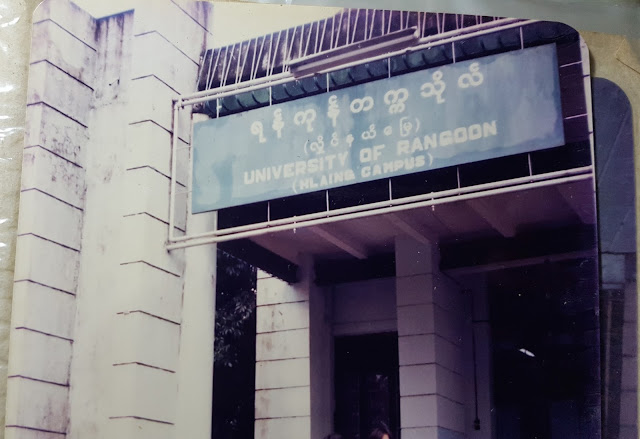 (University of Rangoon (Hlaing Campus) I had studied for 2 years.)(Photo by Maung Yit.)

The road to Honors Degree was not smooth. There happened student riots because of withdrawing kyats 25, 35, and 75 notes from circulation on September 1987. To avoid them bigger, Universities were closed for a while. At that time we had not finished the final examination. There were six or seven including two major subjects remained to sit.

I remembered it was a difficult time for us. A few months later, we were back to sit the remaining subjects at the Hlaing Campus. As I told before, I was allowed to attend the Honors because of having distinctions in two major subjects. I was now eligible to attend the honors class.

My friend applauded, ‘Wow! Your father’s training finally paid off after all!’

No, no, on the contrary. It’s by doing just the opposite of that my father trained me to do that I got what I wanted. I replied alone, ‘By doing what the Romans do.’ If you ask: by doing what exactly? It’s easy: by learning by heart the problems and solutions which my father had branded as useless, and writing them down in the examination without understanding them. 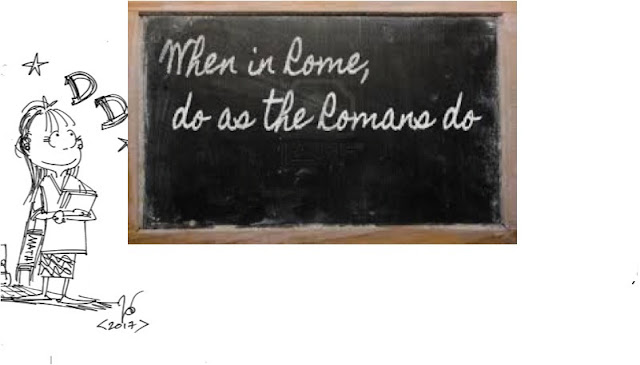 (By doing what the Romans do.’, I was now eligible to attend the honors class.)