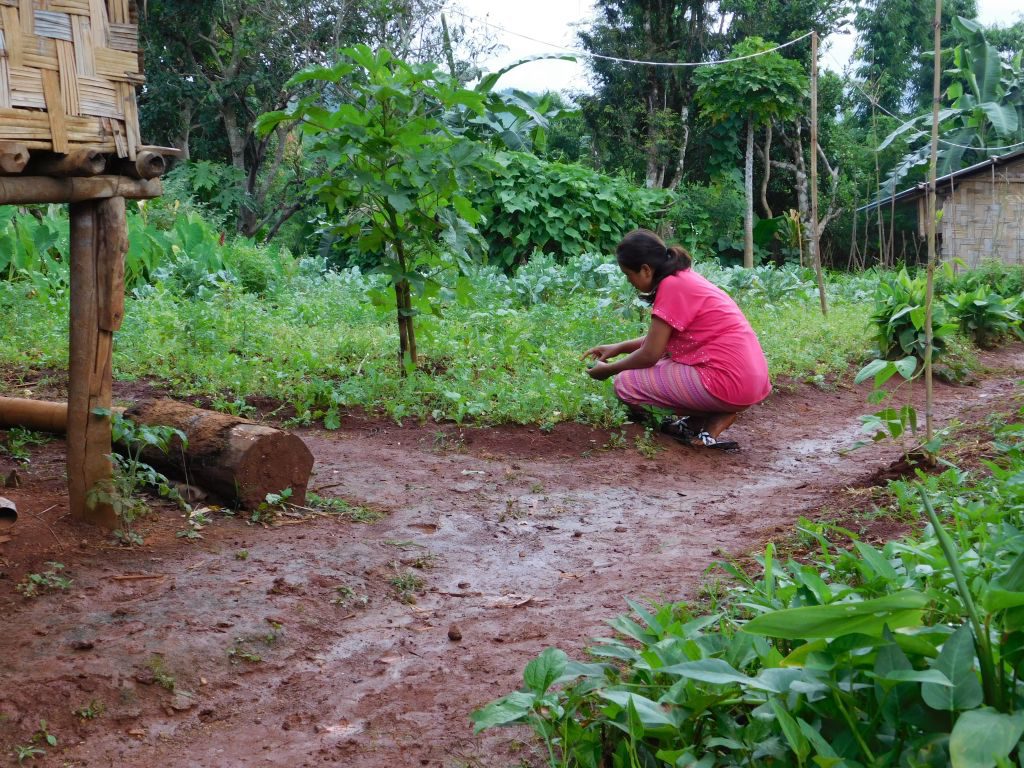 Kyaukme/Shan state— Ma Kaut* started using heroin after her husband became addicted. They married when she was still a teenager, after meeting in Myitkyina in Kachin State, where both looked for work in mining.

Getting high was an escape from the drudgery of labor and poverty; there wasn’t much else to do.

“As my husband could not give me daily household expenses regularly, I did drugs just like he did, and got addicted,” the woman, now 40, said in an interview in Shan State’s Kyaukme Township, where she now lives.

The interview took place at the office of the chairman for the Myanmar Anti-Narcotics Association, or MANA.

MANA provides medication to addicts, but for women, that’s mostly where help ends. Women in recovery don’t have the same access to state-run rehab centers that provide longer-term support and are staffed almost entirely by men.

They rely on smaller community-based programs. This combination of fewer resources and a greater stigma attached to women in recovery make it difficult for those who need help to get it. It took Ma Kaut 10 years to get clean.

Finding drugs is easy in northern Myanmar, where mining, grueling work and conflict between ethnic armed groups and the military have fueled availability.

“Illegal drugs can be bought anywhere in jade mines of Kachin state, or can be shared among the users. Old people, even 50 to 60 years old, have gotten addicted to drugs. University students are also using drugs,” Ma Kaut said.

After developing a habit, Ma Kaut and her husband became less interested in going to work. They begged their parents for money, and sent their son to a relative.

They both contracted HIV from sharing intravenous needles with other users. What’s worse if that their story is not uncommon. Myanmar is the second-highest opium producing country after Afghanistan, according to the United Nations Office on Drug and Crime.

Most cultivation takes place in Kachin and Shan States. Though statistics are difficult to come by, a UNODC report estimates that there are about 83,000 addicts. They are often treated as criminals by local law enforcement and religious groups intent on reforming them.

But that is slowly changing.

Myanmar amended a law that allows addicts to work in social services instead of being sent to prison. The next step is to expand these programs for women.

As it stands, addicts can report to state-run hospitals and seek referrals to rehabilitation centers under the aegis of the Department of Social Welfare. But the staff is mostly men, which could be viewed as culturally inappropriate for families of women seeking help, officials said.

There aren’t enough trained female social workers or the sufficient budget to hire them to fill the gap, according to Khaine Win, manager of the state-run drug cessation center in Kyaukme Township.

Swan Yi Ya, deputy director-general of the Department of Social Welfare, admitted that services for women are lacking.

“Amendments to the law are being made to change policy for all drug addicts,” he said, referring to rehab centers for women. “Police and the health department will need to cooperate to implement them.”

There remains the problem of admitting to having a problem. Tin Maung Thein, chairman of the Kyaukme-based Myanmar Anti-Narcotics Association, said that most women in Myanmar are reluctant to reveal their condition, and parents also sometimes act as if nothing is wrong.

One woman in eastern Shan State who spoke to Myanmar Now on the condition of anonymity due to the sensitive nature of her story said women who did drugs with her have either died or been arrested. She quit herself after giving birth to her third child.

Dr. Nang Pann Ei Kham, an activist who works in policy, said female addicts are in need of “humane treatment.”

Even the community-based programs don’t get a lot of women users. In the past four years, the community program in Kyaukme has treated 3,021 addicts. Only eight persons were women, including Ma Kaut. Through it all she has kept the family together. She stopped using when her son started high school, and she wants others to do the same. Her husband is also in treatment.

“It is not an easy effort to quit doing drugs,” she said. “So don’t do it in the first place.