In our Burmese custom, during the Thadingyut festival, young people brought foods, or cakes or gifts, and they offered in front of their teachers or adults, and paid respect. My grandpa was a teacher, and he received gifts, and respect from his students during the season.

However he accepted gifts from his students, he preferred having being paid respect at not any gifts. His students did not satisfy what their teacher said. They wanted to bring cakes or foods, etc while they were coming to pay respect. (Yes! I agreed! Their cakes were delicious! I did not understand why grandpa did not want to accept gifts.) 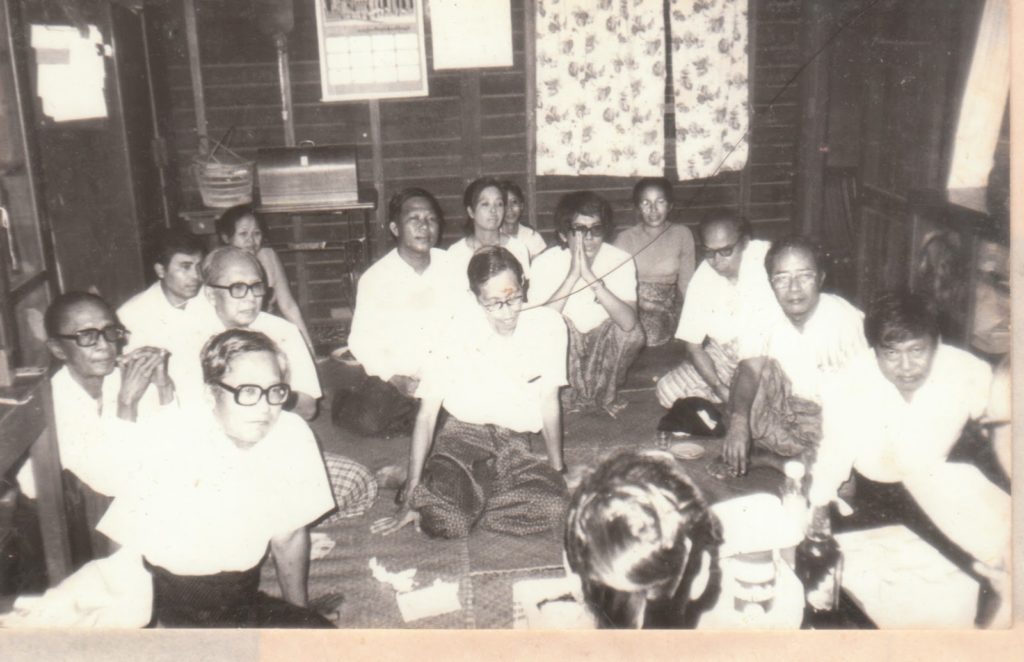 (Young writers, and poets came and paid respect to my grandparents during Thadingyut season.)

Not only in the Thadingyut festival, Buddhists liked to pay respect to adults in any time, or in any place. Here, I recalled one of my memories in my younger days;

One of grandpa’s students came and visited to our house. He talked with grandpa, and grandma for an hour. They were happy together chatting each other. Before he left, he said to grandpa that he would have to pay respect next time, because he forgot to bring gifts this time. Grandpa, and grandma altogether replied him that he would not need to wait for next time. Bringing foods, or gifts was not essential in the act of respectful deed. He became realized what it meant, and immediately he paid respect with his hands clasped palm to palm to our grandparents. My grandparents smiled and said ‘well done’ three times. I saw that incident when I was a child, but still remembered until then.