(Padauk buds were hoping to meet the shower of the rain.) 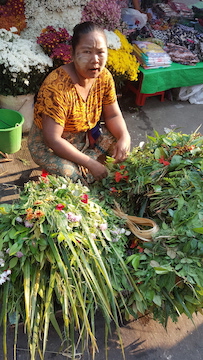 I set in front of the house at the suitable place to welcom Thargarmin. 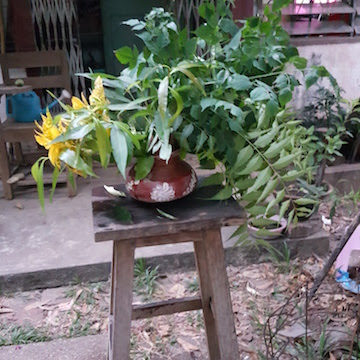 (I put the pot in front my house.)

Although the Padauk (Gun-kino flowers) (yellow flowers especially bloom on Thingyan month, welcoming Burmese New Year) did not bloom this year, their buds were seen hoping to meet the rain. The sun was too hot to go outside, but people enjoyed water festival at every roads, and streets. However the warning of ultraviolet rays, and its UV index was too high for Rangoon people, water festival went on successfully.

← PREFACE TO QUEST FOR PEACE by Dr. Khin Maung Win
Khin Maung Saw – The Legend of a King, a Princess and a Monk →