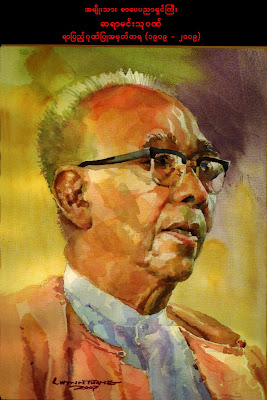 Burmese literature lovers and Burmese activists were planning to hold 100 year anniversary of the birthday of Min Thu Wun who passed away back in 2004 August, 15th at the age of 95. From here, the postcard and the poster for the celebration prepared by some local artists inside Burma were presented.